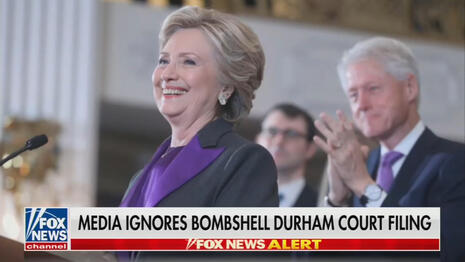 On Tuesday, Townhall Managing Editor Spencer Brown reported on the leftist media refusing to cover the latest bombshells in the John Durham investigation: “In what was apparently another example of the mainstream media’s selection bias clouding its judgement and causing it not to cover stories that are negative about their pals in the Democrat party, the usual suspects were oddly silent on the development for days.”

He specifically highlighted initial silence from The New York Times, which “finally got around to writing a story days after the news broke, running online on Monday and in Tuesday’s print edition.” Brown pointed out the paper’s laughable reason for being slow to cover the major story: “So what was The Times’ excuse? The revelations, according to national security and legal policy correspondent Charlie Savage, ‘tend to involve dense and obscure issues, so dissecting them requires asking readers to expend significant mental energy and time.’”

Read the full article at Townhall.