On FNC, Fleischer Calls Out Biden for Hiding From the Media

At the end of FNC’s Special Report on Tuesday, during the Tomorrow’s Headlines segment, former White House Press Secretary Ari Fleischer called out President Biden for trying to avoid sitting down for interviews with journalists and falling well short of his recent predecessors in conducting such exchanges.

Predicting that an upcoming news headline may read, “Biden continues to avoid questions from the media,” Fleischer cited statistics from veteran White House reporter Mark Knoller: “He’s only done nine sitdown interviews at this point in his presidency compared to 50 for Donald Trump, 113 for Barack Obama at the same point in their presidencies.”

Baier quipped: “We continue to ask every week.”

Knoller compiled those numbers back in August, after Biden sat down for only his ninth interview with ABC’s George Stephanopoulos to discuss the disastrous withdrawal from Afghanistan. 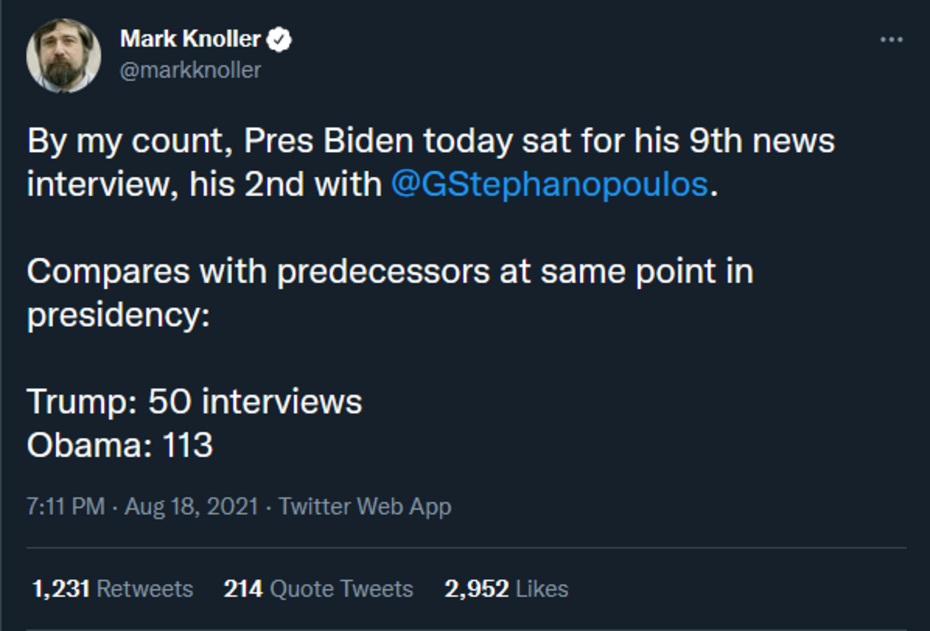 While Fox News continues to “ask every week” for an opportunity ask the President questions, where are the demands from the rest of the media that Biden come out of hiding and stand up to scrutiny?