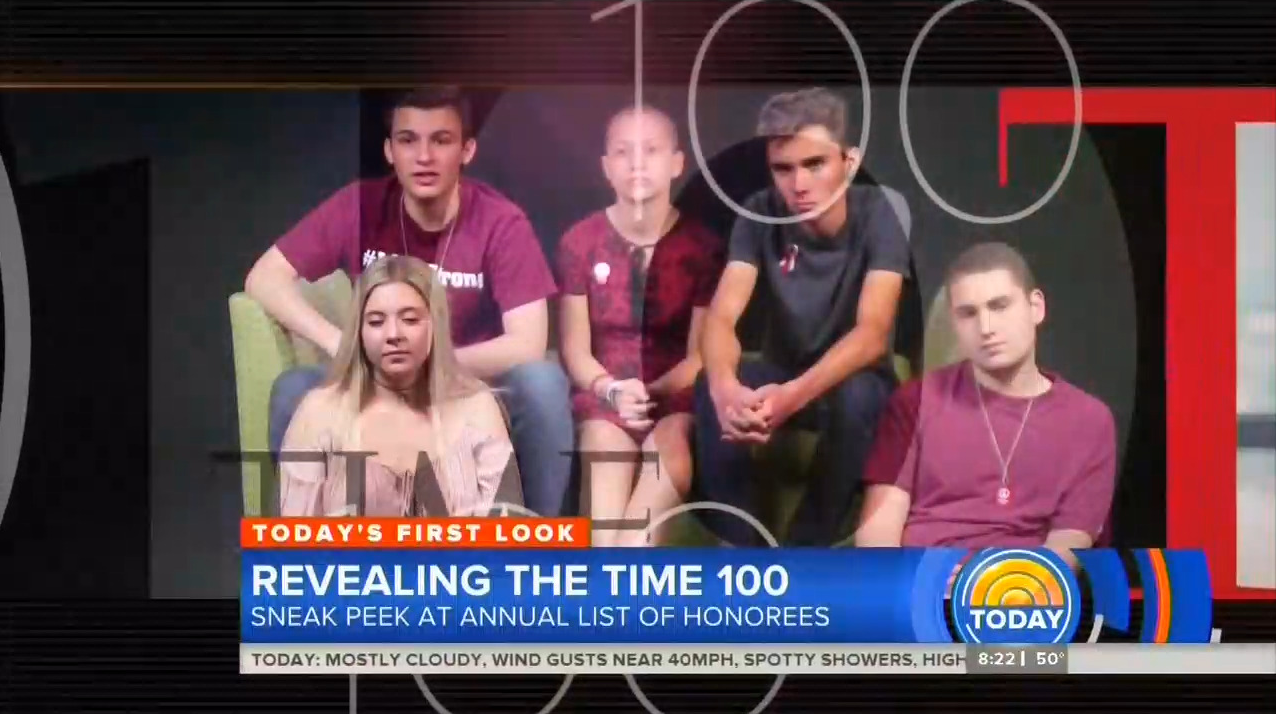 On Thursday, TIME magazine released its annual list of the world’s 100 most influential people, spanning across politics, entertainment, music, and sports. Predictably, the reliably liberal publication featured 14 glowing profiles of liberal activists, politicians, entertainers, and athletes, but only managed to find four conservative figures to highlight, one of which was a nasty hit piece.

The issue led with a fawning piece from former President Barack Obama hailing the anti-gun student activists from Marjory Stoneman Douglas High School. “They see the NRA and its allies – whether mealymouthed politicians or mendacious commentators peddling conspiracy theories – as mere shills for those who make money selling weapons of war to whoever can pay,” the Democrat sneered.

Cheering longtime left-wing Congresswoman Maxine Waters, actress Yara Shahudi proclaimed: “She is adored and admired by people who care about social justice and is oh so eloquent in letting the world, particularly the white men of Congress who dare test her acumen, know that she is not here for any nonsense.” The star from ABC’s black-ish added: “From ‘reclaiming my time’ to leading a movement to ‘impeach him [Trump],’ she says what many of us are thinking.”

Democratic Senator Dick Durbin was given the honor of writing up a sycophantic tribute to lefty comedian and late night host Jimmy Kimmel. The Illinois lawmaker thanked Kimmel for helping to defeat Republican efforts to repeal ObamaCare: “Night after night he sparred with the politicians who tried to take health insurance from millions of Americans. In the end we stopped them with one vote in the Senate and one great comedian on late-night TV.”

Singer Cher touted the “humility” and “grace” of openly gay Olympic skater Adam Rippon, who made headlines for his repeated attacks against Vice President Mike Pence.

Comedian Tiffany Haddish worshiped Oprah Winfrey, who the media have pleaded with to run for president against Trump in 2020.

Daily Show host Trevor Noah received an adoring write-up from actress Lupita Nyong’o, who complimented the liberal comic for being “a fantastic storyteller.”

In addition to all of those examples of liberals loving liberals in the U.S., there were also several profiles idolizing left-leaning politicians around the world. Former New York City Mayor Michael Bloomberg promoted London Mayor Sadiq Khan as “a rising star who has a bright political future.”

New Zealand Prime Minister Jacinda Ardern enthused over Canadian Prime Minister Justin Trudeau bringing “a message of hope and warmth, tolerance and inclusion.” Ardern herself was also on the list, with Facebook COO Sheryl Sandberg eagerly declaring the young socialist leader to be “proudly progressive – with a raft of plans to fight economic inequality, address climate change and decriminalize abortion.”

Ireland’s openly gay Prime Minister Leo Varadkar was similarly touted for his liberal agenda by Sunday Independent political correspondent Philip Ryan: “Varadkar decided to come out publicly in the run-up to the world’s first marriage-equality referendum. Today the once anti-abortion politician is campaigning to significantly liberalize the country’s abortion laws.”

Finally, International Monetary Fund Managing Director Christine Lagarde praised France’s socialist President Emmanuel Macron: “I am convinced that Emmanuel Macron can help create the multilateral solutions that will make the planet a better place for all.”

TIME only allowed a small handful of positive articles about conservatives. Texas Senator Ted Cruz heralded President Trump as “a flash-bang grenade thrown into Washington by the forgotten men and women of America” who has “disoriented and distressed members of the media and political establishment.”

Former House Speaker Newt Gingrich highlighted the impact of Fox News host Sean Hannity: “Hannity played a major role in helping Trump get the nomination and win the general election. Sean is both a principled conservative and a ferocious opponent of the left and the deep state. He has made and is making a difference.”

Environmental Protection Agency Administrator Scott Pruitt received the dubious distinction of being one of the few figures on the list who was given a negative profile, along with brutal North Korean dictator Kim Jong-un and China’s authoritarian Communist leader Xi Jingping. Christine Todd Whitman, who served as EPA Administrator under President George W. Bush, blasted Pruitt: “Until recently, decades of scientific research on climate change formed the springboard for the EPA’s protective and effective measures. However, under the administration of Scott Pruitt, the agency is experiencing a new wave of policymaking – or rather, policy dismantling.”

She then melodramatically warned: “If his actions continue in the same direction, during Pruitt’s term at the EPA the environment will be threatened instead of protected, and human health endangered instead of preserved, all with no long-term benefit to the economy.”

Notice that not one of liberal figures promoted in the publication were deemed controversial and were all granted positive testimonials from friends and allies. Not to mention the overwhelming slant in favor of honoring the left’s biggest heros to begin with.