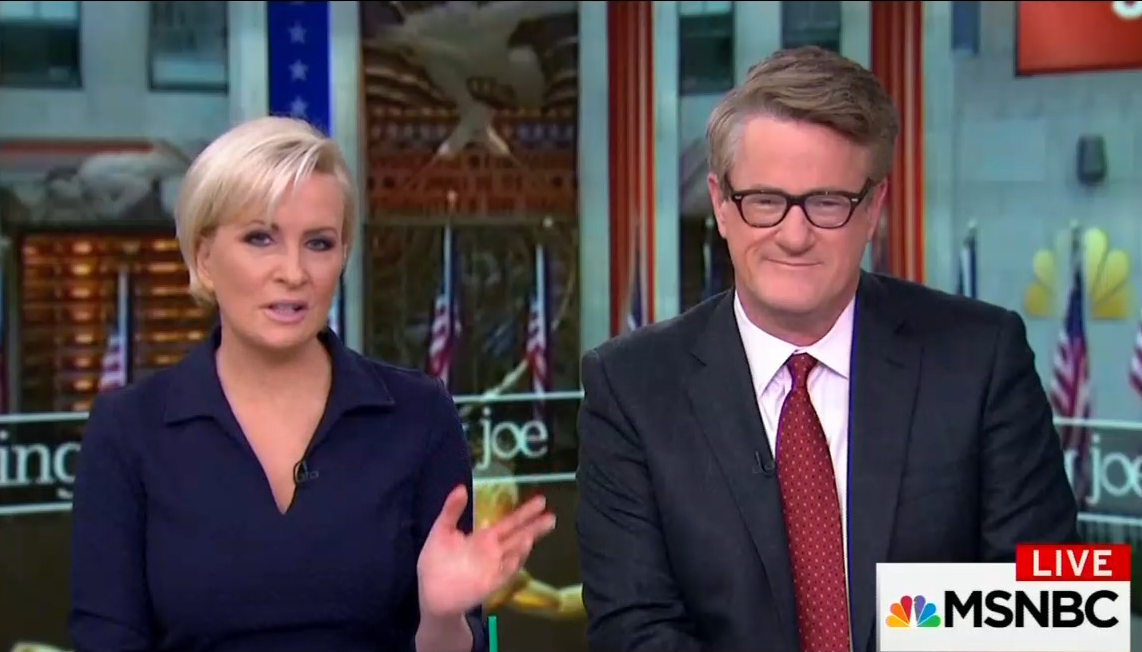 Two of most wildly irresponsible members of liberal media, MSNBC anchors Joe Scarborough and Mika Brzezinski, are going to receive an award for being part of “a distinguished group of journalists and First Amendment leaders that exemplify responsible journalism and who practice their constitutionally guaranteed duty to seek and report the truth.”

That’s not a joke, the Radio Television Digital News Foundation (RTDNF) will actually be honoring the Morning Joe co-hosts during the organization’s annual First Amendment Awards dinner on March 8 in Washington, D.C. The couple will specifically receive the Leonard Zeidenberg First Amendment Award for “a radio or television journalist or news executive who has made a major contribution to the protection of First Amendment freedoms.”

In just the past week, Scarborough and Brzezinki have attempted to diagnose Donald Trump with a myriad of mental illnesses while also labeling him an “evil” “racist” who loves Nazis. Over the course of the past year, the pair have routinely offered similarly unhinged commentary against the President.

Apparently hurling outrageous accusations that violate every principle of journalistic ethics makes them eligible for an award.