NBC's Mormon Hit Piece: 'A Church Still Dealing With the Issue of Polygamy...Inequality'

Opening an hour-long special on the Mormon Church for Thursday's NBC Rock Center, anchor Brian Williams proclaimed to viewers: "Most Americans say they know next to nothing about the Mormon Church. Tonight, a rare look inside the lives of modern Mormon families....A church still dealing with the issue of polygamy....And other issues of inequality."

Teasing a report on the history of the Church, Williams promised to answer the question of "why so many Americans still today are suspicious of the religion." Introducing that portion of the broadcast, Williams touted pop culture mocking the faith, starting with a clip of Fox's Family Guy in which lead character Peter Griffin declares: "I'm going to be a Mormon....Come on, nailing a different wife every night. That's a no-brainer." 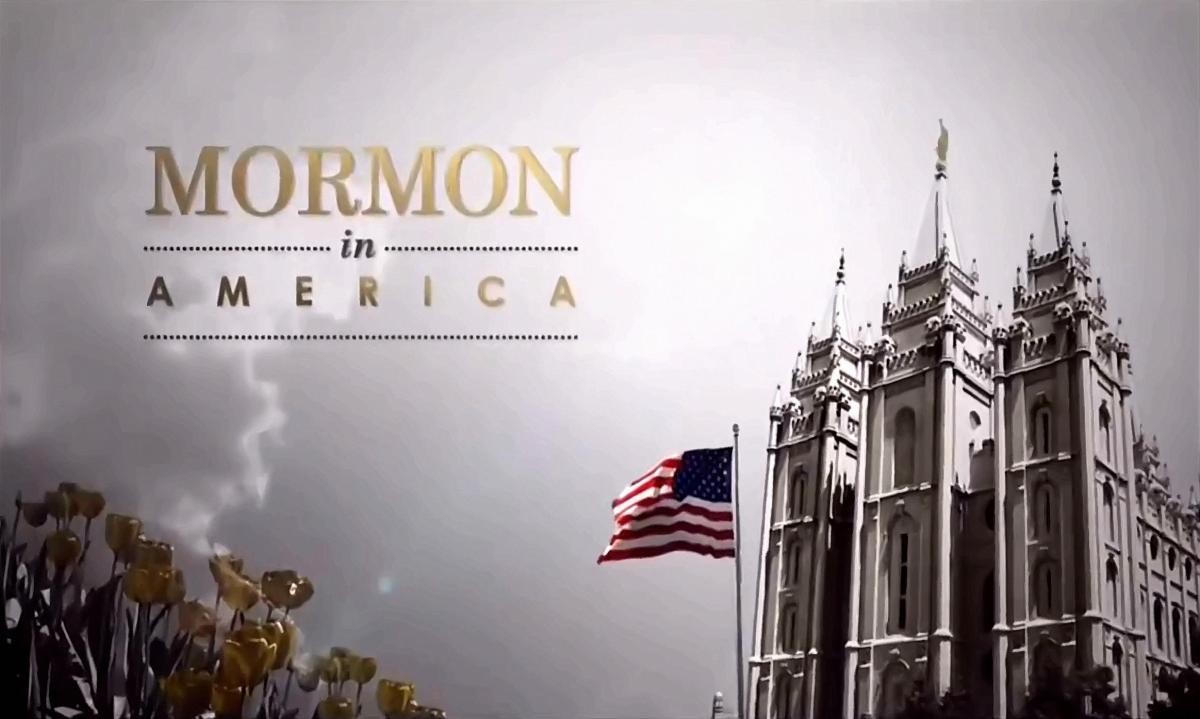 Williams announced: "Comedy now takes liberties with Mormons, say nothing of the polygamy-based dramas and then there's Broadway." Footage appeared on screen of Comedy Central's South Park and the HBO series Big Love, followed by a clip of The Book of Mormon musical produced by South Park creators Trey Parker and Matt Stone.

After briefly describing the founding of the religion, Williams quickly focused on negative perceptions of Mormonism: "Part of the history of the Church that they can't shake is polygamy....even though polygamy was officially banned a century go, it's something the Church still has to deal with....Critics in other religions have openly called them a cult."

For more insight into the Church, Williams turned to Abby Huntsman, daughter of former Republican presidential candidate Jon Huntsman, who left the Mormon faith after meeting her future husband, a non-Mormon. She lamented: "It's very black and white still, there's no gray area. You either are in or you're out. And you live by the Mormon doctrine or you do not."

Picking up on that theme, Williams explained: "In this modern world, some old-school rules still govern the Mormon Church, and that means no non-Mormons allowed inside their temples." He then suspiciously asked Huntsman: "I can't get into the Mormon temple. Will that ever change?...What goes on in there?"

Huntsman regretfully replied: "I hope it does. But I don't think that it will....[It] causes a lot of people to feel maybe not good enough, 'Why am I not allowed in there?' So this idea of – maybe being more accepting and moving with the times a little bit is much needed in the Church today."

Williams then turned to those "issues of inequality" that he hyped at the top of the program: "There is another part of Mormonism in the recent past that was late to change, and that's racism. African-Americans were not allowed to become full members until 1978."

Talking to Al Jackson, a black member of the Church who married into the faith, correspondent Kate Snow worried:

In that church, you were pretty much the only black face in a sea of white faces. What's that like for you?...I ask in part because of the history of the Church. And you know it better than I do. Remember, as late as 1978, black Mormons were second-class citizens, banned from the priesthood and barred from the temples. Have you ever faced any kind of discrimination in the Church?

Portraying the Mormon Church hierarchy as sexist, Williams uttered: "[Morman] kids grow up in a church where the two genders, male and female, are not equal. That is one tradition among many that has survived despite all the changes going on in the world outside the Church."

Snow highlighted Joanna Brooks as "a rare Mormon woman, a feminist who's taken a public stand....vocal on the subject of whether women can have equality in the Mormon faith if they cannot hold leadership positions."

Rounding out a picture of supposed Mormon intolerance, Snow talked to Mitch Mayne, an openly gay member of the church who "knew his sexuality would be at odds with his family's faith." Snow pressed: "What did your mom say?" After explaining that his mother eventually became his "best friend" and "ally," Mayne responded: "The first words out of my mom's mouth when I told her that I was gay was, 'It would have been better for me if you'd been born dead than gay.'"

Shunned by his family and shunned by his church, Mitch was sent to therapy designed to change his sexuality. It didn't....[He] turned his back on Mormonism for many years. When he returned, he found it less openly hostile to an openly gay man. While he's free to march in support of gay marriage, the Church still opposes it. But in San Francisco, he wasn't just welcomed in his congregation, he was elevated to a leadership position, a first for a gay man. As long as he remains celibate, he can serve.

Williams turned back to his interview with Huntsman, and her account of leaving the Mormon Church. She recalled a bishop telling her that if she married her non-Mormon boyfriend, "you're not going to have the blessings, your kids will not be blessed if you end up marrying this man."

I get kind of emotional about it because for a bishop to tell me how I needed to live my life and that I would or would not be blessed because of it, was, was very difficult. And I know that I'm one of many, many women that go through experiences like that. And I walked out that door and I couldn't go back.

Williams emphasized the point: "Abby Huntsman. A descendant of one of the 12 original Mormon apostles and now a former member of the Mormon Church." 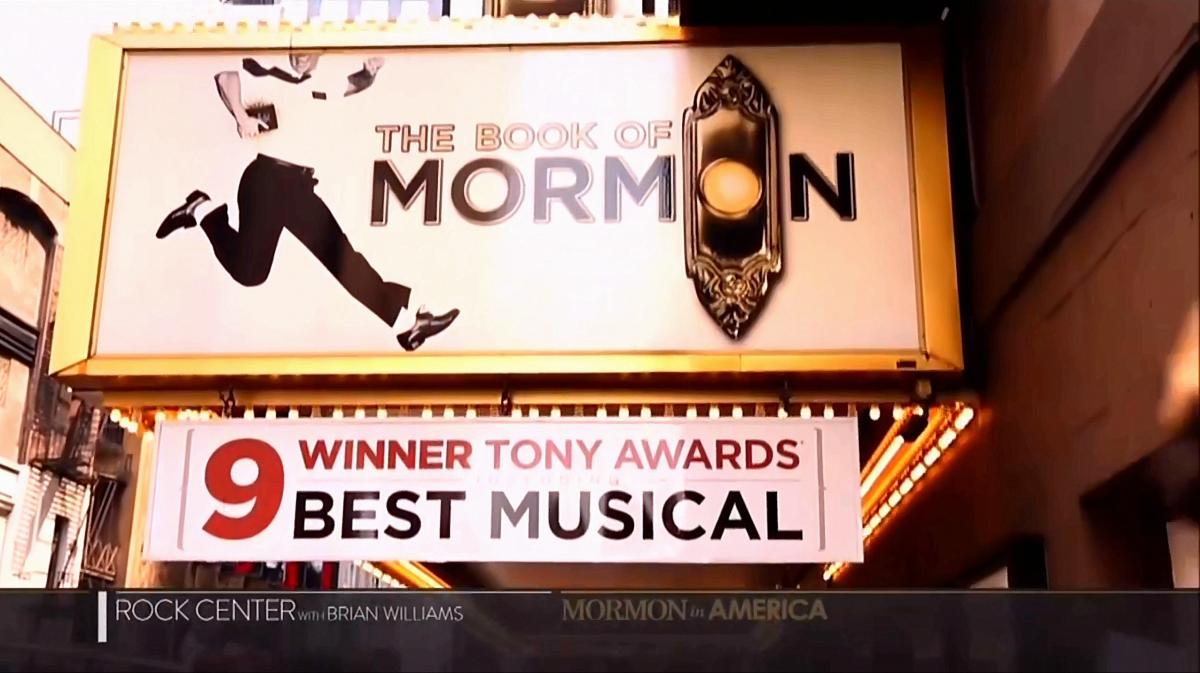 Wrapping up the hour, Williams decided to promote The Book of Mormon, not the religious text, but rather the Broadway musical mocking the faith: "[It] has grossed an estimated $100 million on Broadway so far, give or take. It is very funny. It is very dirty, a deep shade of blue."

Clark Johnson, a member of the show's cast and another ex-Mormon, described his nightly performances as "a daily reminder of my past, my history, and the life that I once fully embraced." After emotionally recounting his missionary work for the Church, Johnson confessed: "I know I don't sound like an ex-Mormon. But I am one. I had a long path out of the Church, I didn't make it in one day. I didn't feel that I could reach my full potential as a human being inside the church, as a gay person."

The Rock Center special did feature some positive segments on Mormonism. At the top of the show, correspondent Harry Smith described the great business success of many members of the Church. Later, Smith returned with a story about the massive Mormon charitable efforts to provide basic needs for people within and outside the Church.

A campaign documentary about Mitt Romney set to air at 10 p.m. et Friday on MSNBC will apparently also focus on the Republican candidate's Mormon faith. Previewing that special on Wednesday's Today, host and political director Chuck Todd teased: "...[Romney] decided to sit down with us on this. You know, for a long time they didn't want to do this, they don't like to talk about it. And they feel like, you know what? They have a problem....people feel as if they don't know Mitt Romney. And if you don't understand his faith, then you don't know Mitt Romney."

Here are portions of the August 23 program:

BRIAN WILLIAMS: But part of the history of the Church that they can't shake is polygamy.

STEVEN SNOW: It's impossible to reinvent our history. And that is our history. It is what it is. And we make no apologies for that. 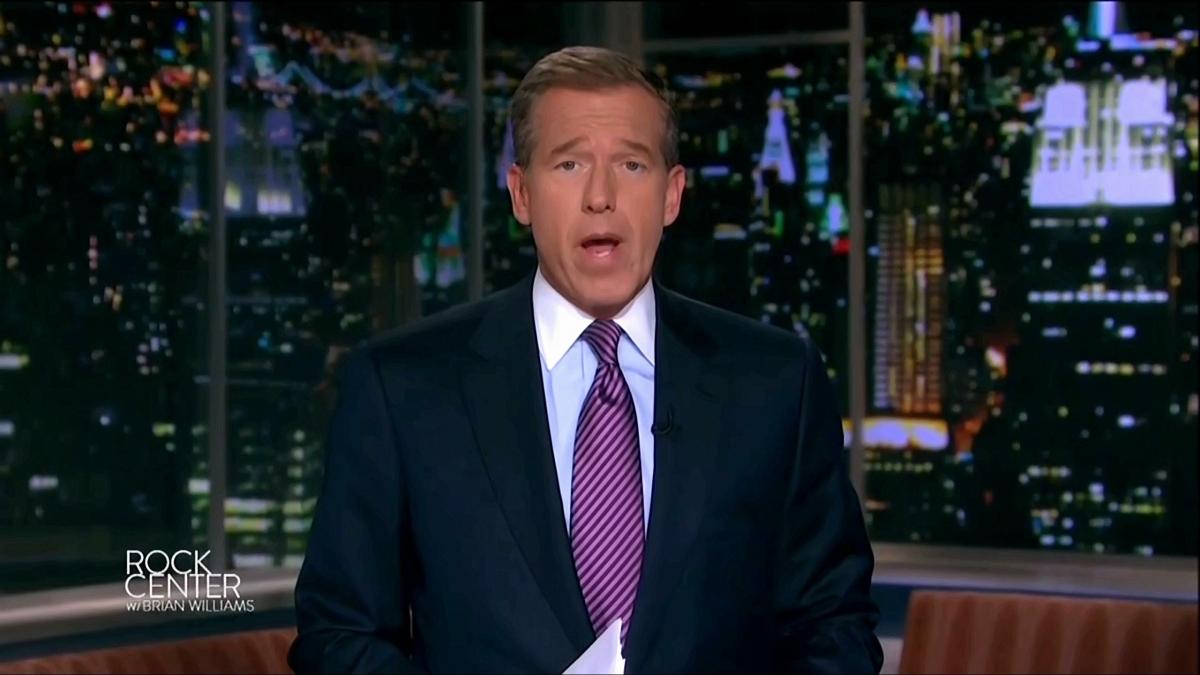 WILLIAMS: Steven Snow is the official church historian. He concedes that even though polygamy was officially banned a century go, it's something the Church still has to deal with.

SNOW: We believe that was actually God's will at the time. But we believe in 1890 that stopped and our prophet told us that that was no longer acceptable.

WILLIAMS: Critics in other religions have openly called them a cult. While Mormons consider themselves Christians and believe in the Bible, there are some key differences. Among them, Mormons believe Jesus visited either north or south America after his death and resurrection. Mormons don't drink, no caffeine, cigarettes or swearing either. They are expected to tithe 10% of their income to the Church. Ideally, theirs is a wholesome family and church-based life and until now, it's also been very private. Despite some very public figures, from Napoleon Dynamite to the top Senate Democrat Harry Reid, and of course, the man who wants to be the next president. Why do you think those of us non-Mormons don't know more about the Mormon Church?

ABBY HUNTSMAN: I don't think they've done a good enough job opening up. They've been very secretive. And it causes people to think of it as a mystery.

WILLIAMS: Abby Huntsman grew up in a family considered Mormon royalty. She's a descendant of one of the 12 original Mormon apostles. Her father, Jon Huntsman, former Utah governor, former U.S. ambassador to China, ran unsuccessfully for the GOP nomination. Abby is one of 60 Huntsman family grandchildren and is the only one to marry outside her religion. She is no longer active in the faith.

HUNTSMAN: There are a lot of wonderful parts to the Church, the family aspect is what I love the most about it. But it's very black and white still, there's no gray area. You either are in or you're out. And you live by the Mormon doctrine or you do not.

WILLIAMS: In this modern world, some old-school rules still govern the Mormon Church, and that means no non-Mormons allowed inside their temples. Ann Romney's parents, as non-Mormons, weren't allowed to see their own daughter married inside the temple, in what's called a sealing ceremony. The same was true when Abby Huntsman's parents were married, her grandparents, as non-Mormons, had to wait outside on the couch. What about the fact that you and I right now could walk across Fifth Avenue into St. Patrick's Cathedral, no one would care or wonder what our religious affiliation is. I can't get into the Mormon temple. Will that ever change?

WILLIAMS: What goes on in there?

HUNTSMAN: ...I don't think that it will. Nothing crazy. It's very much a sacred thing for Mormons. And causes a lot of people to feel maybe not good enough, 'Why am I not allowed in there?' So this idea of – maybe being more accepting and moving with the times a little bit is much needed in the Church today.

BRIAN WILLIAMS: Mormons are famously obsessed with genealogy. And they believe in baptizing the souls of the dead, even non-Mormons. It's meant to give them a chance to go to the true heaven.

STEVEN SNOW: We believe everyone, either in this life or the next, will have an opportunity to accept or reject the fundamental beliefs that we believe.

WILLIAMS: But when it was found they were baptizing even Holocaust victims who died because they were Jews, the Church admitted the mistake and acted to stop it. There is another part of Mormonism in the recent past that was late to change, and that's racism. African-Americans were not allowed to become full members until 1978.

SNOW: We're not certain even today why that practice or why that doctrine was in place. It pained me as a young man.

WILLIAMS: The Mormon Church is under pressure to move fast, faster than they'd like to open up because they're being pushed by questions and public fascination with their religion. In no small part because a Mormon could be the next President of the United States.