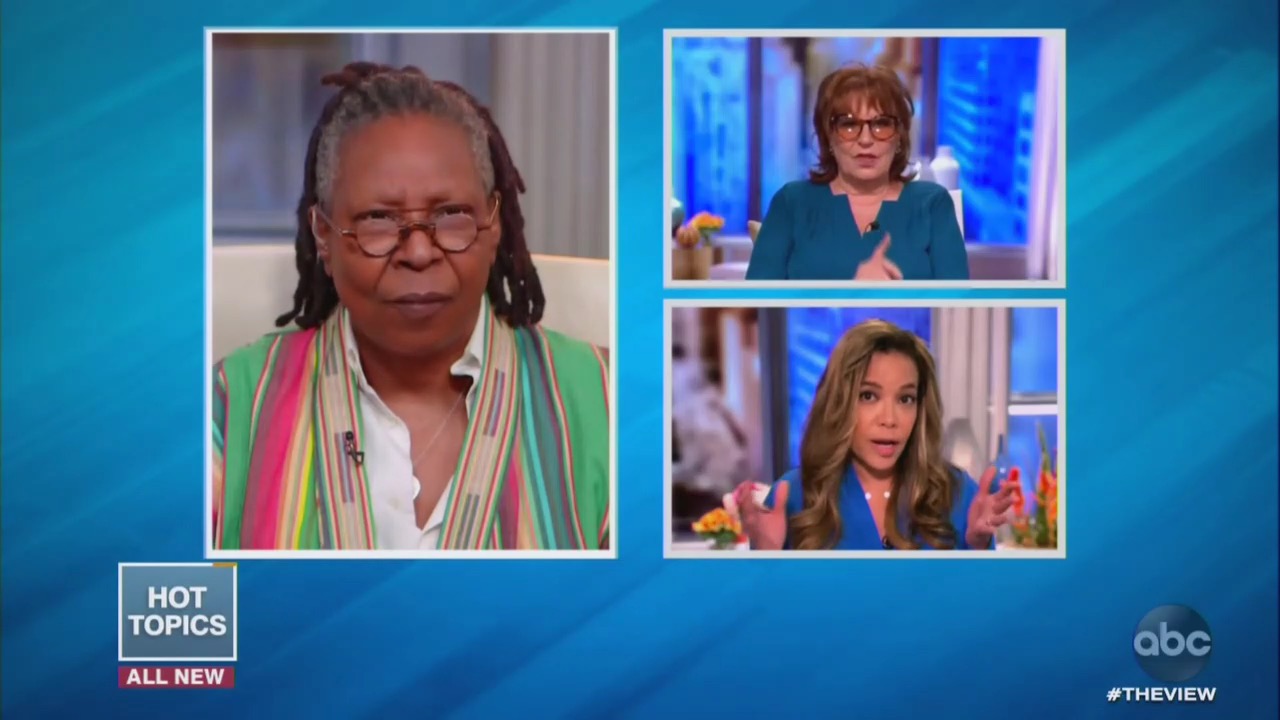 Former New Jersey governor and current ABC contributor Chris Christie came under the wrath of the hosts of The View Tuesday, after he pointed out that people were going to continue to die from COVID-19, but we needed to keep reopening the economy. Each host attacked the Republican, saying he wanted to sacrifice "old lives for the economy," and falsely claiming that no lives were at risk from the lockdown.

The hosts first played a clip where Christie compared reopening the country, risking lives, to Americans risking soldiers’ lives in World War II. Whoopi complained that people want to reopen the economy are fine with risking other families' lives but not their own (what?):

Well, I mean, it seems to me that people have made the sacrifices they can make and I think that you can't say for somebody else you have to make the sacrifice because then they'll turn and say, 'Well, are you willing to sacrifice one of your family members? Is that what you're okay doing?'

Her co-host Sunny Hostin took issue with Christie saying people were dying from quarantine, calling it “false.” She completely dismissed the very real fact that people are dying from conditions and situations related to this lockdown, from being too afraid to go to the emergency room for serious conditions, not getting surgeries they need, and domestic violence, among other things.

The View host was also outraged at the idea that people get back to work. Instead of getting their jobs back, Hostin argued for more dependence on government and socialist wealth redistribution:

By the way, governor, I thought you were pro-life. Are you pro-life or not pro-life? Because you need to really straighten that out. Also, which lives are we talking about? Are we talking about the medical workers on the frontlines? These are the people who are going to be at most risk. In World War II we sacrificed young lives. It seems like they're willing to sacrifice old lives this time. To what? To what? To save the economy.

Immediately following this, Hostin launched into a tirade against protesters in Michigan getting into angry confrontations with police. Trying to make it about race, she touted their Democrat governor Gretchen Whitmer’s highly misleading claims that protesters were carrying racist and Nazi signs:

I was -- I was floored. I was hurt. I just couldn't believe it. When you have Governor Whitmer of Michigan saying -- there were a lot of people carrying nooses and confederate flags. I don't understand what that has to do with protesting to get back to work with the coronavirus. I mean Governor Whitmer said she saw just the worst of American history and the worst of racism during these protests. I started to think, Whoopi and Joy, did they really ever mean blue lives matter? Did they ever really mean that? Or did they really mean black lives don’t matter?