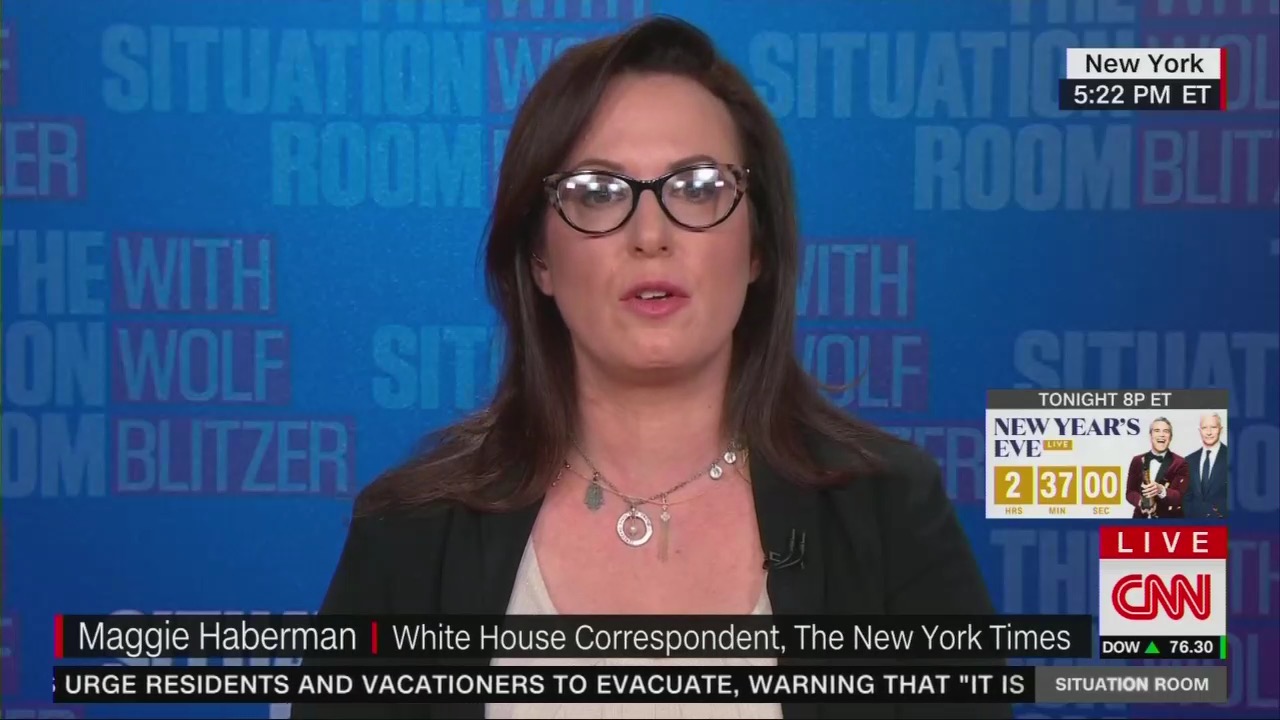 While journalists live in their own media echo chamber most of the time, occasionally they’ll get a healthy dose of reality when they share their self-aggrandizing opinions on social media. That happened to New York Times reporter Maggie Haberman this past weekend when she whined about President Trump defending Iranian journalists and protesters against their totalitarian government.

As Iran reacted violently against protesters of the regime this weekend, President Trump called on Iran’s leaders to let journalists “roam free.” He also warned Iran to stop killing protesters. Just this past November, 1500 protesters were reportedly killed and 7000 people arrested.

Still, the media downplayed these anti-regime protests because they fly in the face of the liberal media’s narrative that by killing Qasem Soleimani, Trump “united” Iran. New York Times White House correspondent Maggie Haberman showed just how sensitive journalists here are to President Trump’s criticism of their poor reporting. In a tweet to Trump, she tried to equate how he calls the press "enemy of the people" to Iran’s Islamic Republic jailing and torturing critical journalists. On January 12, she snarked at the President, “Let reporters roam free” says the president, who routinely refers to the US press as ‘enemy of the people,’ to Iranian leaders.” 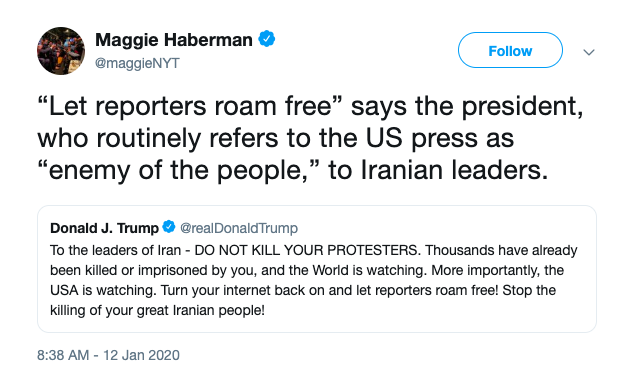 That hot take wasn’t received well. Mockery ensued, with critics asking Haberman, to list how many journalists Trump had jailed or tortured:

Trump tweets mean things and this is exactly like Iran putting journalists in prison and torturing them.

How many reporters has Trump imprisoned?

What sort of self-delighted nincompoop compares the President’s mean tweets with journalists in Iran being jailed, tortured & sometimes killed. Your putrid reporting on Iran shows why so many in the media are held in contempt...it didn’t start with Trump’s tweets.

NYT reporter suggests American press, by being criticized for poor reporting and other failures, suffers similarly to journalists in Iran, who are imprisoned, tortured, and murdered for their reporting. All this while American media downplays or ignores Iran’s lies. https://t.co/98W0g7Nt9T

It looks like the criticism fell on deaf ears, however. Monday morning she tweeted this ridiculous assessment of the 2016 election:

The president was elected in 2016 in part by stoking fears about Muslims and terrorism. https://t.co/2mjTFg4gJL