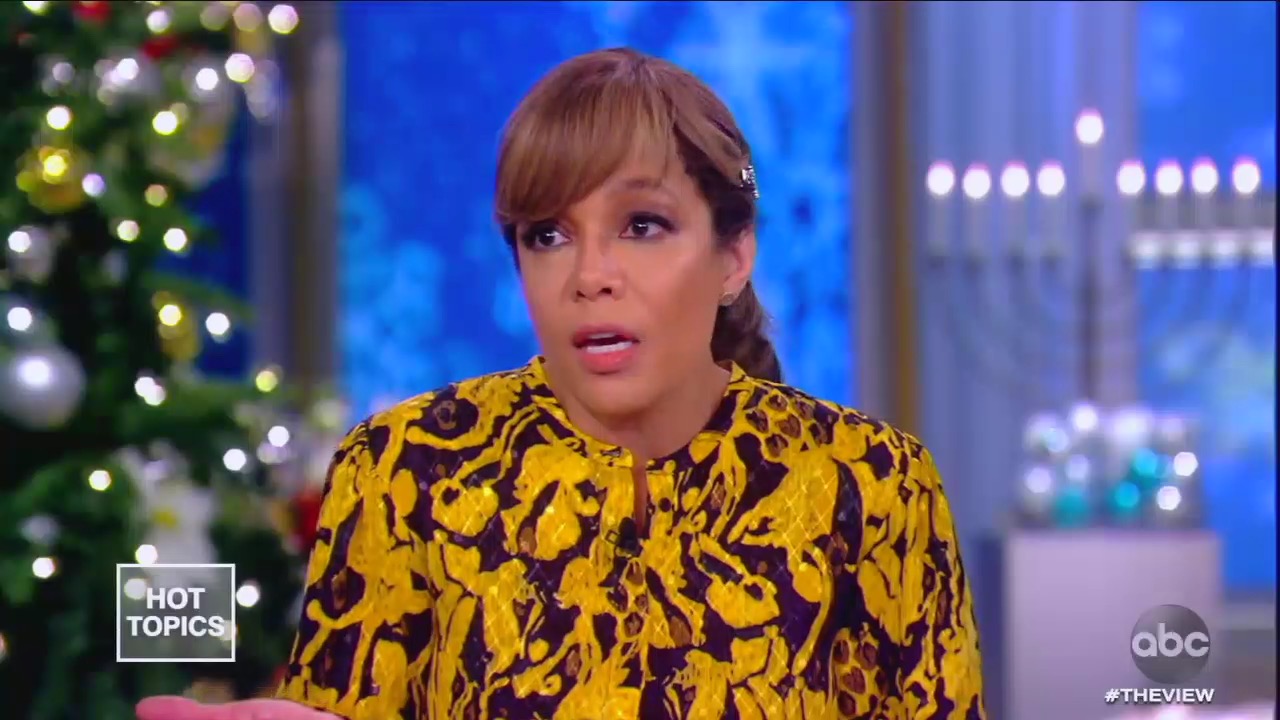 The View hosts followed the media’s lead in attacking President Trump on Wednesday’s show, over his lengthy letter to House Speaker Nancy Pelosi defending his actions before the House votes on impeachment, later today. Even though The View hosts have a reputation for their own angry meltdowns and fact-free rants, they claimed the letter revealed the hysterical rantings of an unstable president, who should be removed from office.

Demonstrating their own pettiness, each host began the show mocking the idea that Trump could read or write.

Her co-host Abby Huntsman agreed: “It read like a very long tweet. This six-page letter, probably you're right, is the longest thing he has ever written." She added it was "terribly written" with "lots of grammatical errors.”

Huntsman then rehashed her same complaints she made Monday that Trump wasn’t a model president for her children: “This letter was just complete narcissism, and it's the exact opposite of what I think about a president... Is this the person I want my kids to learn from?”

Co-host Sunny Hostin childishly whined that the "scary" letter was evidence that Trump should be removed from office for being mentally unstable:

SUNNY HOSTIN: It was very bizarre, and it's on the internet, you know. I hope people will read it. It's six pages. It's single spaced...I read it about, five times and every time I read it, I wear a Fitbit, and my heart kept getting faster and faster, like, my heart rate because it was scary. First I felt pity, then concern and then I got scared.

WHOOPI GOLDBERG: For the country you mean?

However, Behar claimed Trump was the one who was scared, because he was certainly “going to jail:”

“[W]hat's the motive for the hysteria?” she posed, adding, “We know if he doesn't win, he's out there. He could go to jail, and I think that he's -- he's really frightened. I really do think he's frightened,” she said, referencing his financial dealings and Stormy Daniels as crimes he could go to jail for.

“He’s panicking!” she added, something she’s claimed many, many times before.