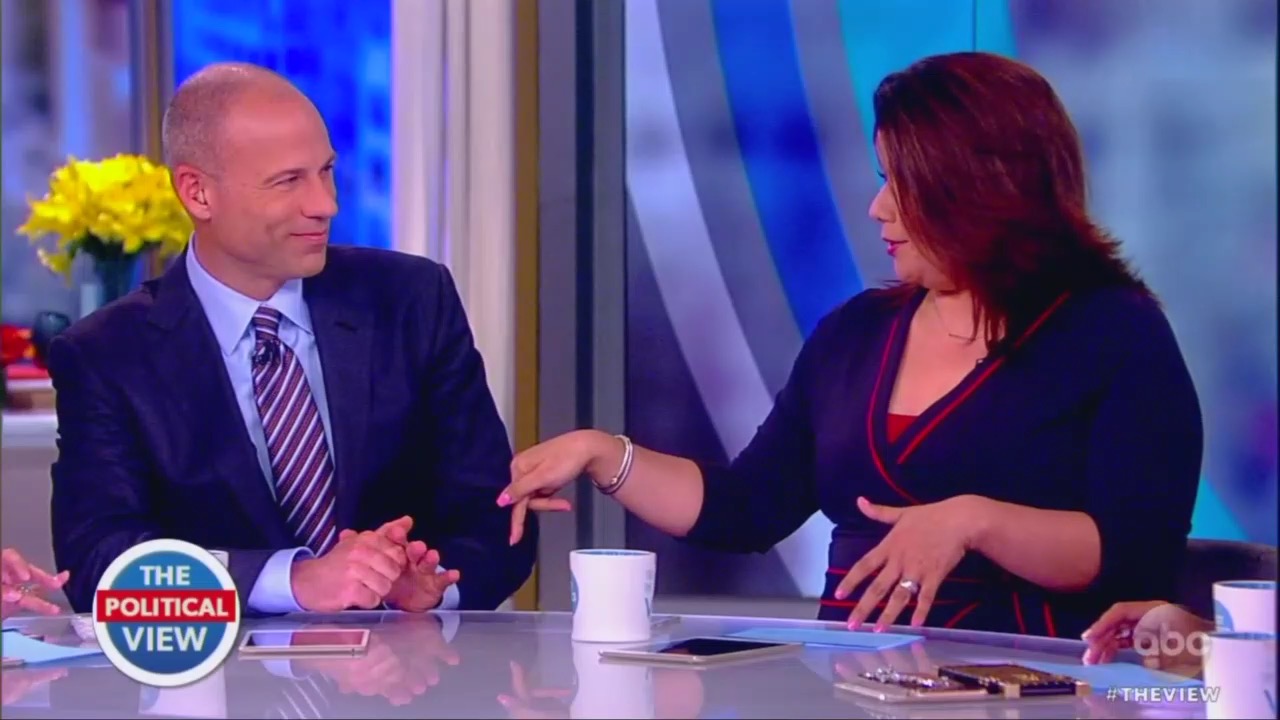 Could The View have found its first male co-host in Stormy Daniels’ lawyer Michael Avenatti? Though the female-led show would most likely not buck tradition by doing so, the liberal women certainly seemed to enjoy having the attack dog for #TheResistance fill-in as co-host on their show, Friday.

The gushy treatment started right from the beginning, when co-host Joy Behar introduced the media darling as “the only person Donald Trump fears more than Robert Mueller.” Giving him an opportunity to bash Fox News, she added, “The other person I think is afraid of you is Sean Hannity.”

Avenatti snidely remarked that Hannity didn’t want anyone on his show that would “challenge him.” Behar lapped it up. “Right. He's scared. He's scared of you!” she grinned. Fellow guest host and CNN Republican Ana Navarro called Hannity’s show “state-sponsored media” and theorized that Trump wouldn’t want to see Avenatti on the Fox News program. That brought the table to talk about Trump calling the media the “enemy of the people.”

Republican co-host Meghan McCain was the only one to back President Trump’s claims of liberal media bias. "It's something that's real and really exists... I would rather have the conversation about why Republicans don't have the same kind of fair and balanced coverage Democrats do, than automatically jumping to terminology like enemy,” she argued.

Avenatti snarked back, "Well, Meghan, Republicans have a station that's dedicated to their propaganda." McCain didn’t take that lying down, and shot back, “Democrats have one too: CNN.” Navarro came to her network’s defense.

"CNN tries to be very balanced. CNN has commentators on like me and every time I'm on, I'm on against somebody that is defending Trump," Navarro complained. before slamming McCain as someone who used to appear on MSNBC.

"That was a very, very long time ago, don't come for me," Meghan shot back, as a defensive Navarro claimed McCain was personally targeting her by name-dropping CNN, which McCain denied. She added: "I do think I represent a lot of Republicans in the country who think CNN -- by the way, Jake Tapper is one of the best journalists in the country, it’s not all bad -- but CNN does have a bias among Trump supporters and Republicans."

But Navarro kept slamming McCain for working at Fox News, and the two talked over so much that Behar cut in and changed the topic. Later on, Navarro teased Avenatti for being on television so often, he was “like The Holy Spirit.” She even asked if he would try out as co-host for The View, but he wouldn't have time to do "real lawyering." That led Behar to gush about the important service Avenatti was providing for the country:

BEHAR: He has a bigger calling here. Being a lawyer is minimal compared to what he's doing.

BEHAR: Whatever. He's out there saving the country.

Shortly after Behar pulled an Angela Rye and denied Trump was “her President” in response to Meghan McCain. After she defended Avenatti’s right to be on television constantly attacking Trump because Trump was “ubiquitious,” an unamused McCain replied, “He is the President of the United States.”