Handmaid's Tale Author: Government Should Pay Women Forced to Not Kill Their Children 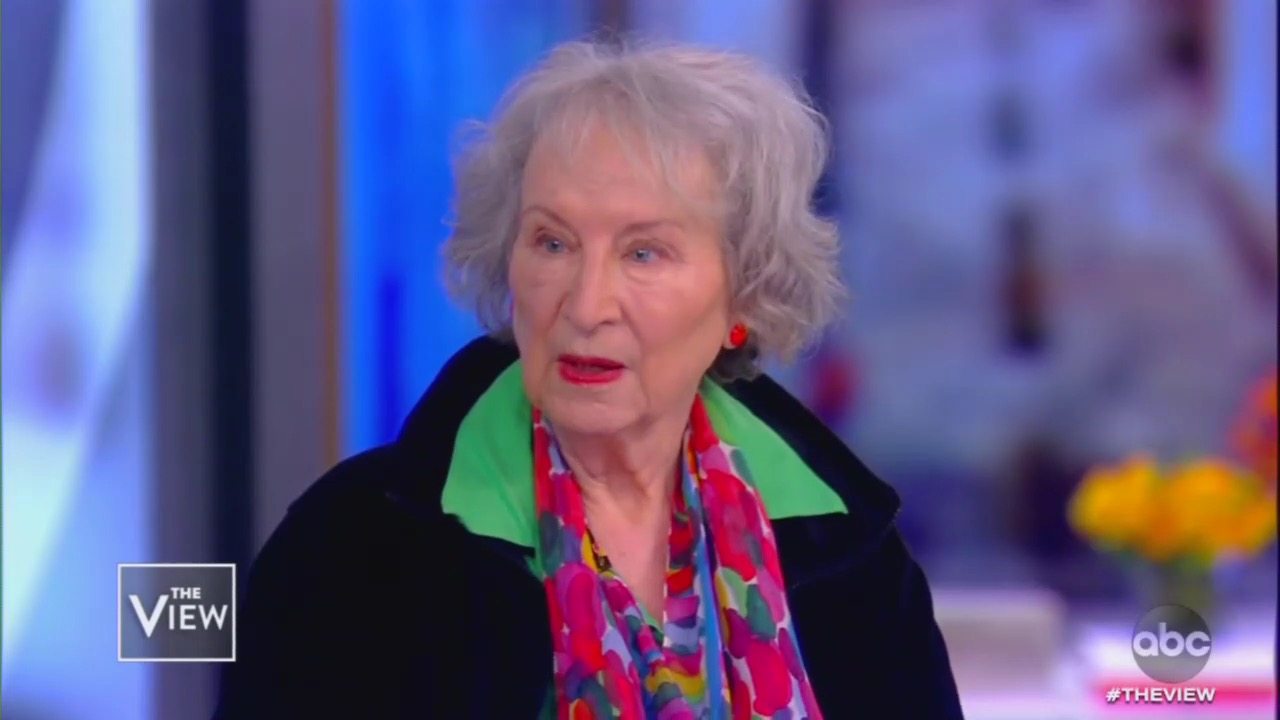 It’s hard to compete with the crazy takes often expressed by hosts of The View, but on Friday, guest Margaret Atwood certainly came close. The author of the dystopian Handmaid’s Tale came to the show to talk about the Hulu adaptation of her book and her new sequel to the thirty-year-old novel. While there, the Canadian author slammed the United States' abortion laws, even arguing that the government should pay for every woman’s house, food, clothing and medical bills, if they are “forced to give birth,” or more bluntly, forced to not kill their children.

Co-host Sunny Hostin gave the author a warm welcome, calling her a “legend” then praising the “more relevant than ever” “cautionary tale:”

"The Handmaid’s Tale may have been written over 30 years ago, but it's more relevant than ever as an Emmy-winning TV series, a powerful image of protest and some say, a cautionary tale of where this country could be headed," she gushed.

Hostin asked Atwood about the author’s claim that everything that happens to women in her book, happened in real life. When Atwood confirmed, Hostin asked, “But where were women being forced to have children?”

That was the perfect opportunity for Atwood to bash the United States:

Atwood continued to fearmonger that the United States was becoming a totalitarian state where women are controlled, after some pro-life bills were passed in a few states. She even argued that if the government is going to prevent women from killing their children, they should at least pay for everything those women need to live:

And now since they're rolling back those rights and diminishing them so much, you're approaching a state in which women are essentially being conscripted or drafted the way you would be conscripted or drafted into the army, and my view on that is, if you want to do this -- if you want this state to claim ownership of women's bodies, you should pay. So if somebody's drafted into the army, they get their food, their lodging and clothing, their medical. All of that covered. So if you want to do that to women, you should pay for it. Don’t you agree?

Behar agreed. “Something’s got to be done. Something, some remuneration if you are forced to give birth to some child you don’t want.”

Although Meghan McCain has been a strong pro-life advocate on the show, unfortunately she did not push back on any of Atwood’s radical statements.