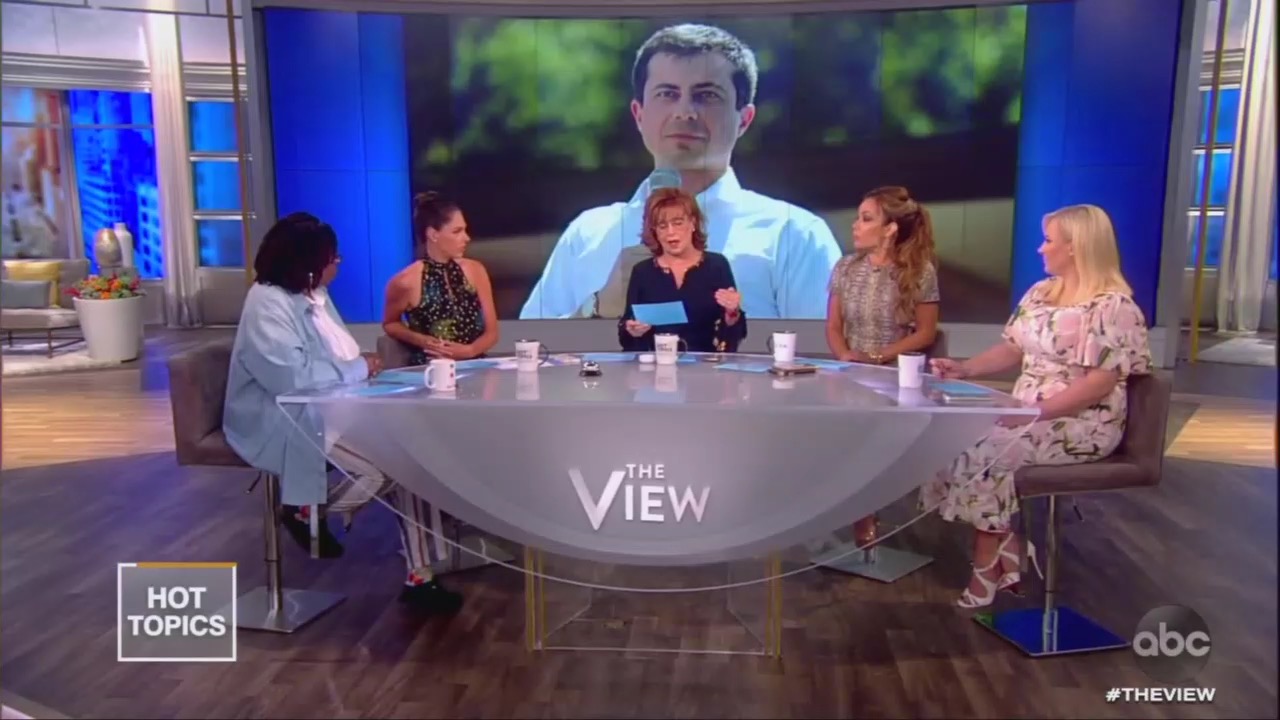 Thursday on The View, the liberal co-hosts gushed over 2020 candidate South Bend, Indiana Mayor Pete Buttigeg attacking Christians about the climate, during his CNN town hall late Wednesday. The same View hosts who hate God being brought into the topic of abortion, loved that Democrats were bringing God into climate change.

JOY BEHAR: Pete Buttigieg was very interesting on the subject of religion and the climate change, and I'm just reading what he said. What she's [Marianne Williamson] saying is that the secular left by making fun of the power of prayer or whatever maybe in her case, the power of creative visualization is losing voters, by making fun of that. And Pete Buttigieg makes the case that, “you know, he says, if you believe God is watching as poison is being belched into the air of creation and people are being harmed by it, countries are at risk of vanishing in low-lying areas. What do you suppose God thinks of that? I bet he thinks it's messed up, and you don't have to be religious to see the moral dimensions of this. At least one way of talking about this is it's a kind of sin.” I think that bringing religion into the climate change conversation is very, very helpful.

WHOOPI GOLDBERG: That is great.

BEHAR: Many people believe in God.

BEHAR: And I don't believe that God -- if God exists, wants his planet to be destroyed. So I don't get why religious people are not climate enthusiasts, climate, you know, what do you call it?

BEHAR: They are mainly climate deniers, in the evangelical movement.

The hypocrisy of this is really outstanding. Whoopi in particular has shown disdain towards Christians invoking God during abortion discussions on the show. Joy Behar has made several snarky comments about evangelicals and Catholics over the years. Yet they suddenly love religion when it's being used to their political advantage.

Huntsman added, "I never want to be in the business of telling people what I think God thinks."

The other co-hosts tried interrupting Huntsman to argue. Behar exclaimed, “Have you read Genesis?”

As Whoopi warned they needed to wrap to commercial, Huntsman defended her statement saying as a “very spiritual person” she didn’t like how Buttigieg violated the separation of church and state.

“Well you should talk to Pence and the Republican party about that!” Behar snarked to end the segment.