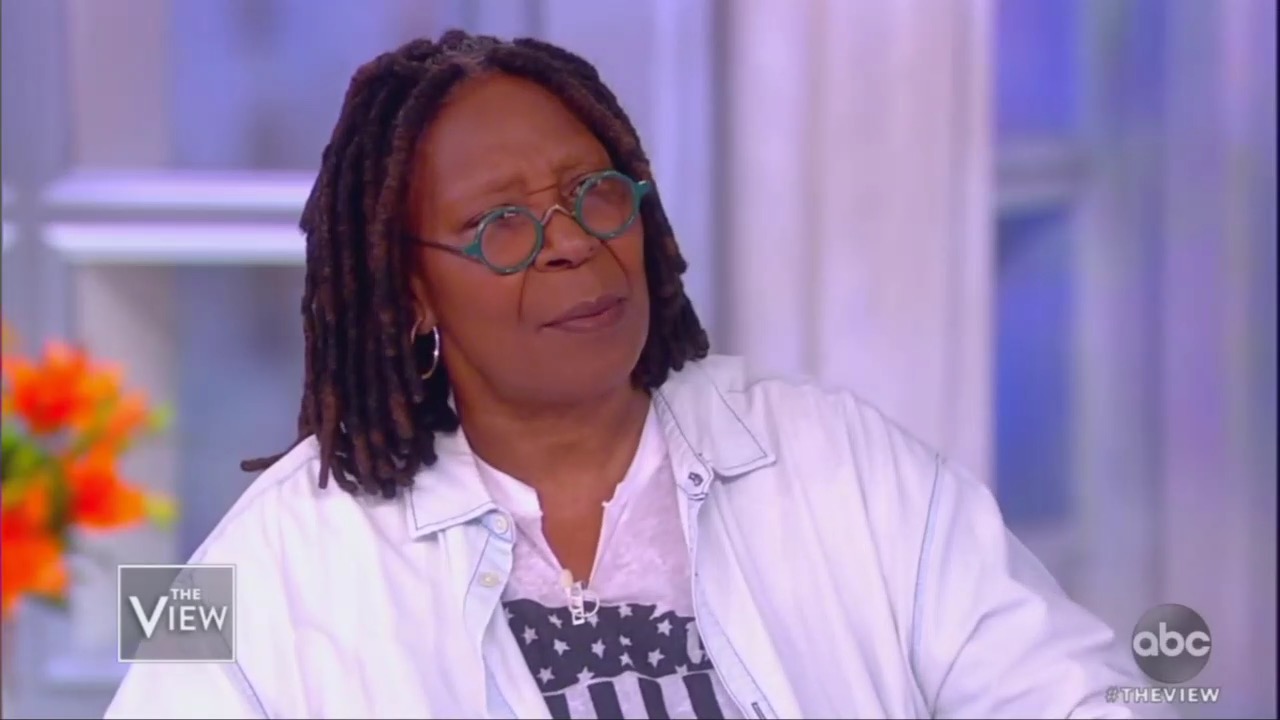 You would think that having a national television platform would cause one to think twice before making baseless accusations. But when you’re a host of The View, you’re allowed to make fact-free claims all the time. Co-host Whoopi Goldberg did that today on Wednesday’s show, claiming evangelical leaders don’t care enough about sex trafficking and pedophilia, while discussing the Jeffrey Epstein case.

Out of the blue, Whoopi blamed evangelicals for not calling out sexual predators like Epstein:

Do you know who I'm waiting to hear from? All those folks that are out there to talk about that they want to take care of young people and make sure young people are good. I just, you know, why isn't the evangelical community coming forward? Where is everybody? That was worrying me because I thought, well, one of the ways that you show that you care about people is you -- you come out and you condemn this kind of stuff, but, you know, and all the folks that I'm used to hearing talk about, you know, this one is bad or this is bad or this -- haven't said much, and I was just wondering where they were.

Co-host Meghan McCain tried to counter Whoopi. “I don't think evangelicals are okay with pedophilia,” she stated. But Whoopi wasn’t backing down.

“Have they said anything? I haven't heard from Jerry Fallwell Jr.,” Joy Behar snarked.

After McCain argued they shouldn’t “blame evangelicals,” Whoopi and Behar got defensive.

“No, no, no. I want to be very clear. I'm not blaming anybody,” Whoopi claimed. But McCain held her feet to the fire, reminding her she just did, claiming they didn’t “speak out enough.”

That made Whoopi attack Christians again, as only caring about abortion:

We have heard from the community and the voices of the community quite a bit about a lot of different things. How I want to deal with my body, how you want to see your kid, whether children should be where, and I have been waiting for them to say, and by the way, this isn't okay with us either.

“About the kids at the border too!” Behar added to the dogpile.

McCain pointed out that she was being political, and Epstein was a huge donor to Democrats, if she wanted to go there.

That riled up Whoopi who yelled, “This is my opinion! I'm just saying I would like to see some of the people that have been talking about all the ills in our country, I want to see them come out and say, yeah. This is one of them! Because it sounds like there’s no response!”

After McCain asked who they were wanting to hear from, Behar and Whoopi named Jerry Falwell Jr., Pat Robertson and Franklin Graham.

Whoopi clearly is ignorant to the many Christian charities and churches that help women and children who’ve been sex trafficked. Franklin Graham’s own charity, Samaritan’s Purse, directly helps in this very area.