Seriously? CNN's Acosta to Receive ‘Truth to Power’ Award for His Anti-Trump Antics 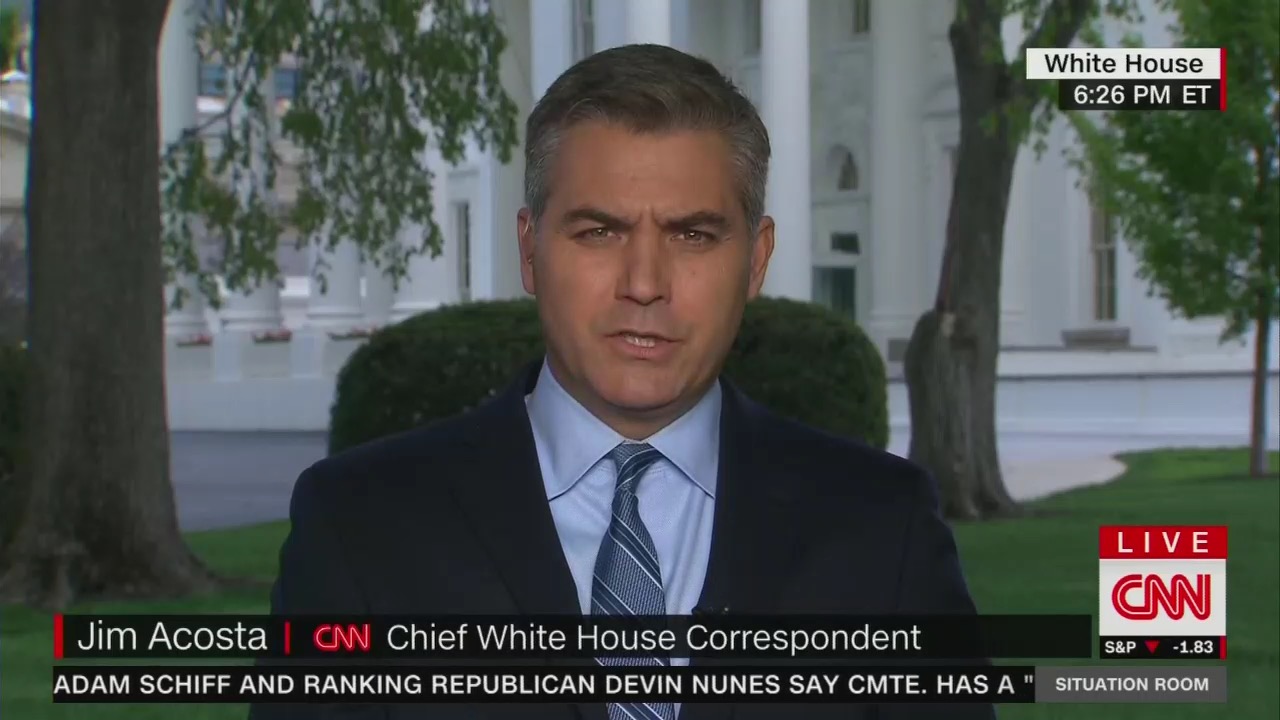 CNN’s most obnoxious White House correspondent is about to get rewarded again from his peers for his unprofessional behavior. According to a press release on April 12, the New York Press Club will give Jim Acosta their “Truth to Power” journalism award.

The Wrap reported that the award honors “an individual whose body of work challenges the power establishment and/or defends journalists.” The establishment being, the Trump administration of course.

Even though Acosta has been with CNN for many years, he didn’t behave this way towards the Obama administration, as you can see in our NewsBusters archive. In fact, he frequently defended and salivated over President Obama and his policies. So it seems he only speaks “truth to power” when it’s a power he doesn’t politically agree with.

However the NY Press Club only had nice things to say about Acosta, of course:

“We are proud to honor a man such as Jim Acosta, who has proven himself throughout his storied, decades-long career to be a journalist of the utmost integrity, ” Jane Tillman Irving, president of the Press Club, said in the release. “For his unwavering commitment to fact and journalism, we are pleased to add to Jim’s many accolades with the Gabe Pressman ‘Truth to Power’ award.”

Facts and journalism? How about bullying, over-inflated ego, and petty meltdowns? That seems more like what Acosta is known for than being a “truth teller.” Just about every chance he gets in the press briefings, he tries to hog the spotlight and frequently misconstrues situations for his benefit.

His combativeness and rough handling of a White House intern during one such briefing last November even got his White House press credentials temporarily revoked.

It seems bad behavior is a badge of honor to the left-wing media.

H/T to Matt Vespa at Townhall