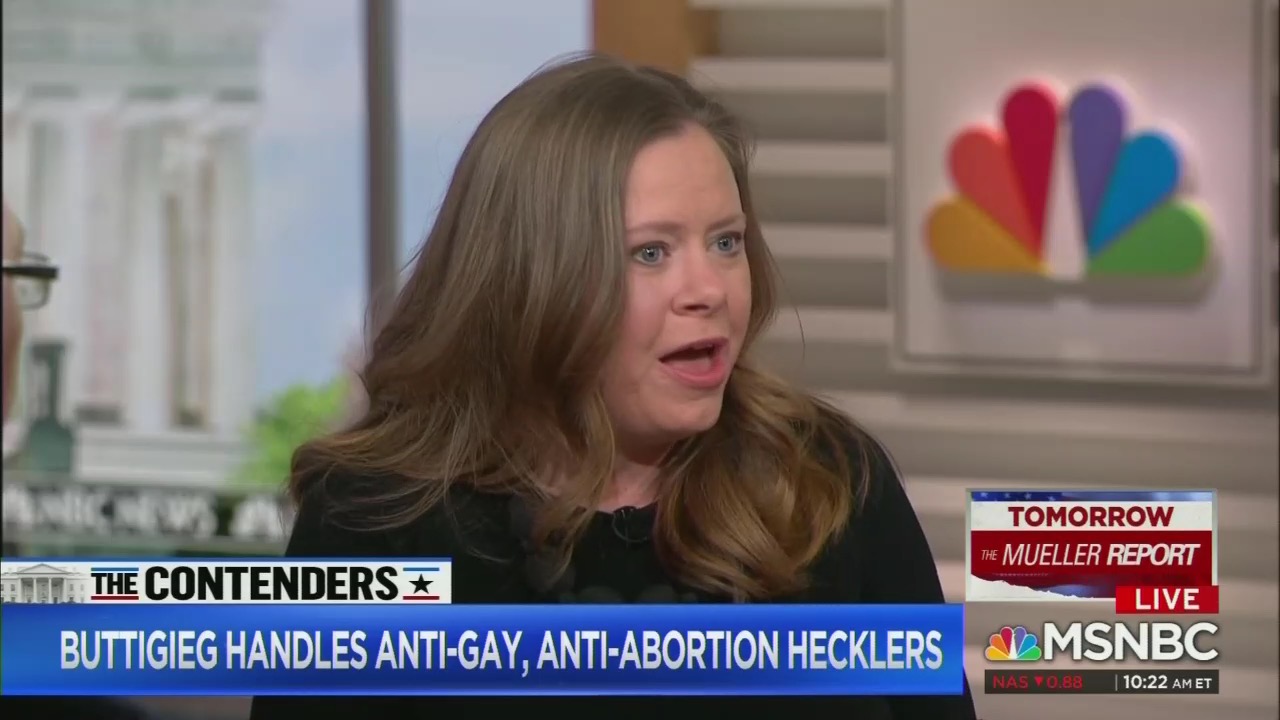 As newly announced 2020 candidate Pete Buttigieg campaigned in Iowa this week, the media hyped a tiny group of protesters who condemned his pro-gay marriage and pro-abortion stances.On MSNBC Live Wednesday morning, host Hallie Jackson responded by bringing on a pro-abortion activist to berate the pro-life protesters as “peddlers of hate.”

National political reporter Josh Lederman was on the scene as cameras focused on three protesters, one dressed as Jesus Christ carrying the cross, another dressed as Satan and the last person dressed as Pete Buttigieg. The protesters carried out a scene with Buttigieg whipping Jesus. The media went nuts.

Oh my god. The protester has a fake @PeteButtigieg whipping Jesus on a cross. I have no words. pic.twitter.com/VxeqXbfAIs

Calling the display “grotesque,” Lederman explained that the day before these same protesters had interrupted Buttigieg’s rally, shouting about Sodom and Gomorrah to the openly gay Democrat.

With a chyron that read, “Buttigieg handles anti-gay, anti-abortion hecklers,” host Hallie Jackson turned to her left-wing guest, Christina Reynolds of Emily’s List, inviting her to bash the people who are her group’s literal political enemies (Emily’s List is a group of activists that lobby to get pro-abortion female Democrat candidates elected):

Listen these are not just hecklers but peddlers of hate. These are people who have published the addresses of abortion providers. They’re people who are attacking him on despicable grounds and he's handling it very well. I'm sure the caucus-goers in Iowa would really just like to hear what he stands for and what he's doing and not have to deal with this but it sounds like he's handling it as well as someone can and I hope he doesn't have to deal with it much longer.

Funny enough, I don’t recall MSNBC or CNN bringing on conservative women to berate liberal activists wearing “pussy hats” or “Handsmaid’s Tale” costumes in their protests against President Trump. In fact, they seemed to celebrate it.