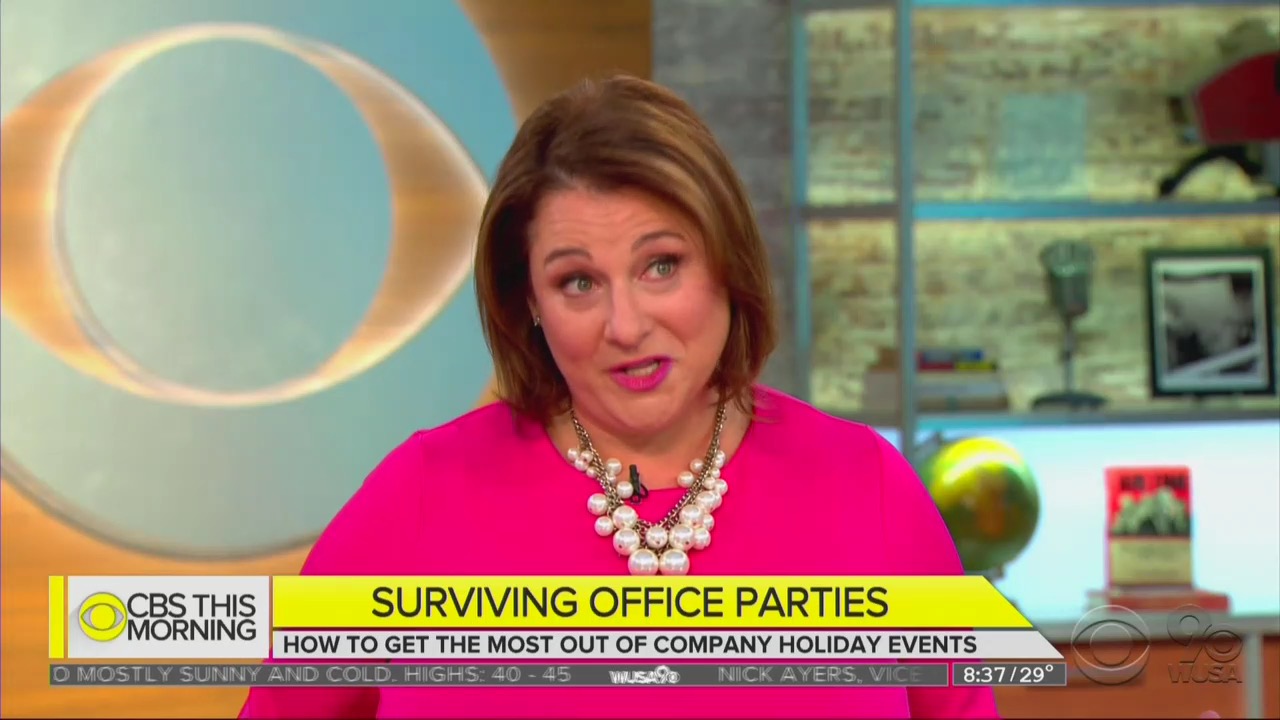 CBS This Morning ran a strange segment Monday morning about office party etiquette this holiday season with New York Times contributing writer Jennifer Weiner -- who awkwardly dragged Justice Kavanaugh’s accuser Christine Blasey Ford into it. As the left tends to do, Weiner made the concept of a Christmas party political, worrying that it just another way women would be sexually harassed for what they wear.

Anchor Gayle King led the segment by reading some of Weiner’s article dramatically titled, “The torture of dressing for your holiday party,” in the “MeToo movement,” where Weiner fretted that women have to balance dressing “professionally” while being “attractive” at these parties and somehow this is a feat that a grown woman can’t manage.

King whined that the topic of sexual harassment at office parties shouldn’t even be relevant in today’s more enlightened age. A topic all the more awkward given King’s former co-anchor Charlie Rose’s scandal, and the latest bombshell scandals of workplace harassment with CEO Les Moonves and 60 Minutes executive producer Jeff Fager.

“In 2018, we’re still having this freaking conversation,” King bemoaned. Weiner agreed, saying that parties weren’t necessary and it was just another chance for women to be forced to mingle with co-workers who ogle them. “You know how that is,” she said to King. “No I don’t. No one ever looks at my butt, Jenn,” King joked back.

Weiner continued whining that women had it harder than men when it came to dressing for the office party. Perhaps sensing her own network’s culpability, anchor Norah O’Donnell tried to point out that there is no excuse for sexual harassment.

“This is such a throwback though, the suggestion of what I wear is that I'm asking for it...Why are we focused more on behavior rather than what people are wearing? Why don't we just have conversation about norms of behavior?” she asked.

Weiner agreed that would be “fantastic” but unfortunately “we’re not there yet,” as she bemoaned the media’s own problems with the “#MeToo” movement, again pointing out the dressing dilemma women allegedly face. After co-anchor Bianna Golodryga noted avoiding alcohol was always a good idea, Weiner reminded viewers that office parties were just date-rape situations waiting to happen, bringing up Christine Blasey Ford:

Do not drink. Have a friend, have a plan, like if that guy who checks out your butt as you go to the copier, corners you, have a friend who will be looking out for you….I joke that like, unfortunately if I was telling somebody what to wear, I would say a body camera at this point... A body camera and the Christine Blasey Ford memorial one-piece bathing suit under the clothes, which is terrible, but here we are.

After that bizarre moment, anchor John Dickerson tried to elevate the discussion into something more practical, asking Weiner how men and women could make a good impression with their boss. The panel wrapped up the segment talking about how to “network” and show your co-workers and supervisors that you are a team player by participating in the festivities.