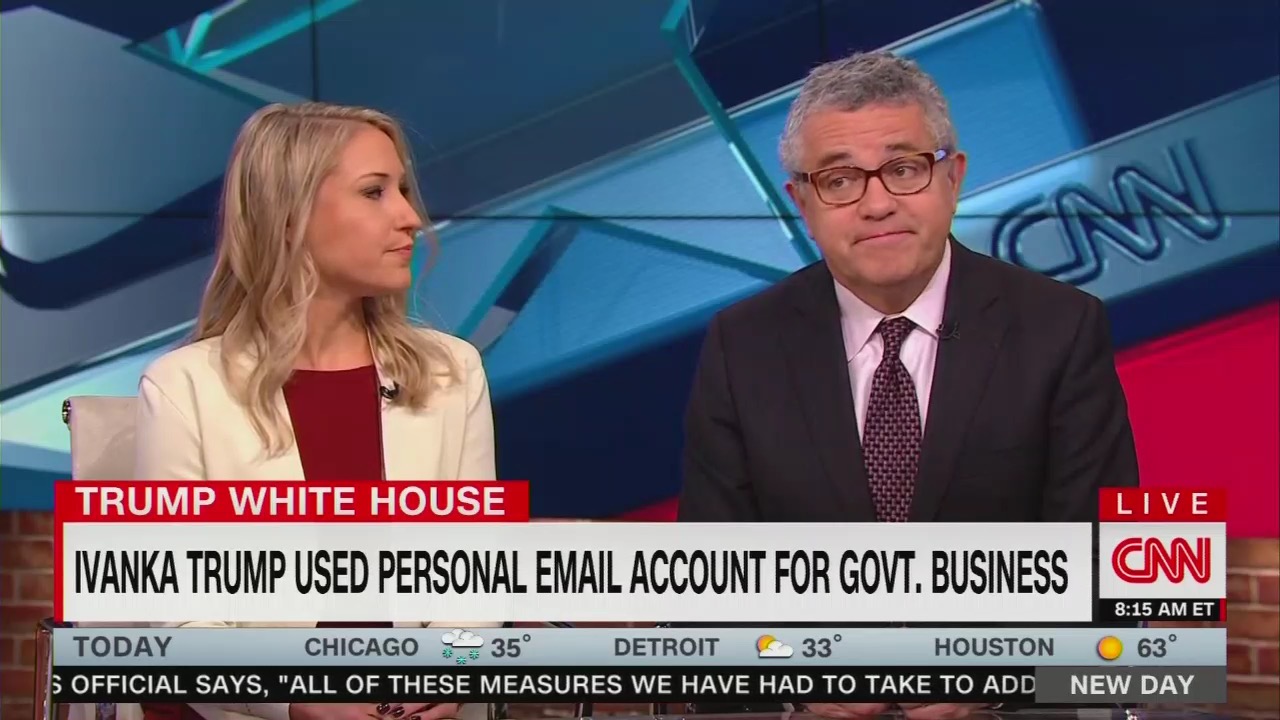 The panel on CNN’s New Day Tuesday morning used the Ivanka Trump email story to fawn over Hillary Clinton, admitting regret over giving it “too much” attention during the 2016 election cycle. The journalists revealed their bias in calling it a “bogus” story to begin with, complaining that they probably helped seal her defeat by giving it attention.

Host John Berman asked panel member Ian Bremmer, editor for Time Magazine, to compare Trump using her private email address to talk about government business, with Clinton as Secretary of State putting a private email server in her home. Bremmer complained that the Trump White House should face the same scrutiny as the Clintons have, because they both act as if “the rules don’t apply to them.”

Co-host Alisyn Camerota sighed that she wished she could see Hillary Clinton’s reaction this morning.

“And yet, oh, to be a fly on the wall in Hillary Clinton's house this morning!” she gushed, continuing:

“I mean, the staggering hypocrisy…[T]he next time we hear lock her up chants, at a Trump rally, which we will -- who will they be talking about?” Camerota asked sarcastically.

CNN analyst Jeffrey Toobin turned the discussion into a media bias debate-- actually arguing that their network and the media as a whole gave far too much attention to the “bogus” story of Clinton’s private server. Camerota chimed in to add her own regret at over-covering the story, lamenting that they probably helped Trump win the election:

JEFFREY TOOBIN: It also just underlines what a bogus issue the e-mails were from the beginning. And it chose the Trumps don't even care about the e-mails because they recognize that people their personal and business e-mails. They probably shouldn't do it, but they did it anyway. Hillary Clinton did it. Ivanka Trump did it. Jared Kushner did it. And it's not that big a deal. It was turned into a big deal in the 2016 campaign.

TOOBIN: I don't think there is any doubt that it was a major, major factor in her loss. And that is what makes this so maddening, that, you know, we all know it's sort of bogus. You know, I said this before. I spent time as a journalist talking about e-mails in 2016, and I think I spent too much time on it. I think it's important that we take some responsibility for our behavior.

While the journalists punished themselves for reporting on Clinton’s email scandal, the networks as a whole only spent ⅙ of their reporting time on Clinton, on that particular topic. On New Day, the hosts even went out of their way to deny Clinton had done anything wrong, with this exchange in September of 2015:

There’s “nothing in here that reeks of illegality,” Berman ruled...“If there’s no smoking gun, when does the e-mail issue go away?” his co-host Alisyn Camerota echoed.