FACT: The News Media Did NOT Tip the Election to Trump 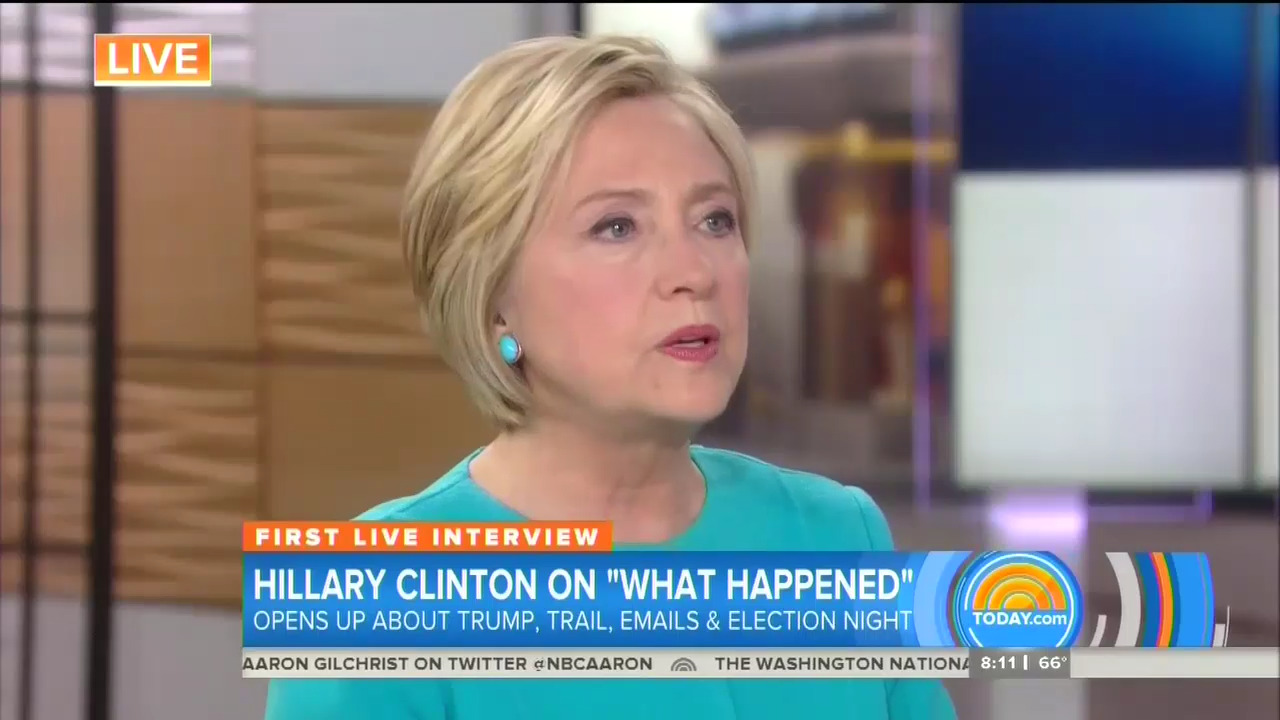 One theme of Hillary Clinton’s book tour is that news media bias helped tip the election in favor of Donald Trump. “I personally believe that our press, which is such an essential part of our country, our democracy, has to take some hard look at how it covered what was the first reality TV candidate,” Clinton lectured NBC’s Matt Lauer on Wednesday.

Excerpts of Clinton’s book, What Happened, published earlier this week by The Hill, flesh out her theory of how the media helped cost her the election:

“Many in the political media don’t want to hear about how these things happened and how these things tipped the election in the final days. They say their beef is that I’m not taking responsibility for my mistakes — but I have and I do again throughout this book,” she wrote.

“Their real problem is they can’t bear to face their own role in helping elect Trump, from providing him free airtime to giving my emails three times more coverage than all the issues affecting people’s lives combined.”

“If it’s all my fault, then the media doesn’t need to do any soul searching,” she wrote. “Republicans can say Putin’s meddling had no consequences. Democrats don’t need to question their own assumptions and prescriptions. Everyone can just move on. I wish it were that easy but it’s not.”

The belief that Clinton’s personal e-mail scandal was given more coverage than Trump’s controversies has been a common complaint since November, but it’s just not true. Last year, MRC analysts looked at all campaign coverage on the ABC, CBS and NBC evening newscasts — the best proxy for a manageable examination of all campaign news from important national sources.

Looking at the entire campaign year (January 1 to November 7), the broadcast evening newscasts spent much more time on Trump’s campaign (2,437 minutes of airtime) than Clinton’s (1,504). But a much greater share of Trump’s coverage was devoted to embarrassing controversies (1,032 minutes, or more than 42% of his total airtime) than on similar stories involving Clinton (488 minutes, or 32% of her airtime).

The networks spent 245 minutes on Clinton’s e-mail scandal, more than any individual Trump controversy, and about one-sixth of her total coverage. But the large number of Trump controversies given heavy coverage by the networks collectively dwarfed coverage of her e-mails.

Total coverage for just these top ten controversies sums to 297 minutes — more than the Clinton e-mail scandal (245 minutes), but by themselves less than one-third of the total airtime spent on all Trump controversies last year (1,032 minutes). The remaining 735 minutes was split among scores of other controversies (such as Trump’s comments about Pope Francis, or his suggestion that Ted Cruz’s father was involved in the JFK assassination) that came and went over the course of the campaign.

We also examined the spin of campaign news from the end of the conventions (July 29) through the end of the campaign (November 7). Our analysts found 244 opinionated statements about Hillary Clinton, split between 69 positive statements (28%) vs. 175 negative (72%). Those same broadcasts included more than three times as many opinionated statements about Trump (820), 88 percent of which (726) were negative vs. just 12 percent positive (94).

During the final days of the campaign, when Clinton claims the coverage of the re-opened e-mail probe cost her votes, evaluative statements of the Democratic nominee skewed the most positive of the fall election — 50 percent positive vs. 50 percent negative, compared to a 21-79 split in the previous twelve weeks we previously reported.

(Trump’s press was also better at the end — 23 percent positive vs. 77 percent negative — although still far more hostile than Clinton’s.)

Hillary Clinton was not the media darling that Barack Obama was in 2008, but no reasonable person could suggest that political reporters created a landscape more favorable to Donald Trump than to her. And it’s just silly of her to say the news media, which detests Trump, was one of the causes of her defeat.