What a Lame Response: Joy Behar Claims She Was Joking, Not Smearing Christians as Nuts

Editor’s Note: This episode of the ‘View’ did not air live on the Eastern Time Zone due to interrupted news coverage related to Wednesday’s school shooting in Florida. The segment below was accessed through clips posted late Thursday evening online. 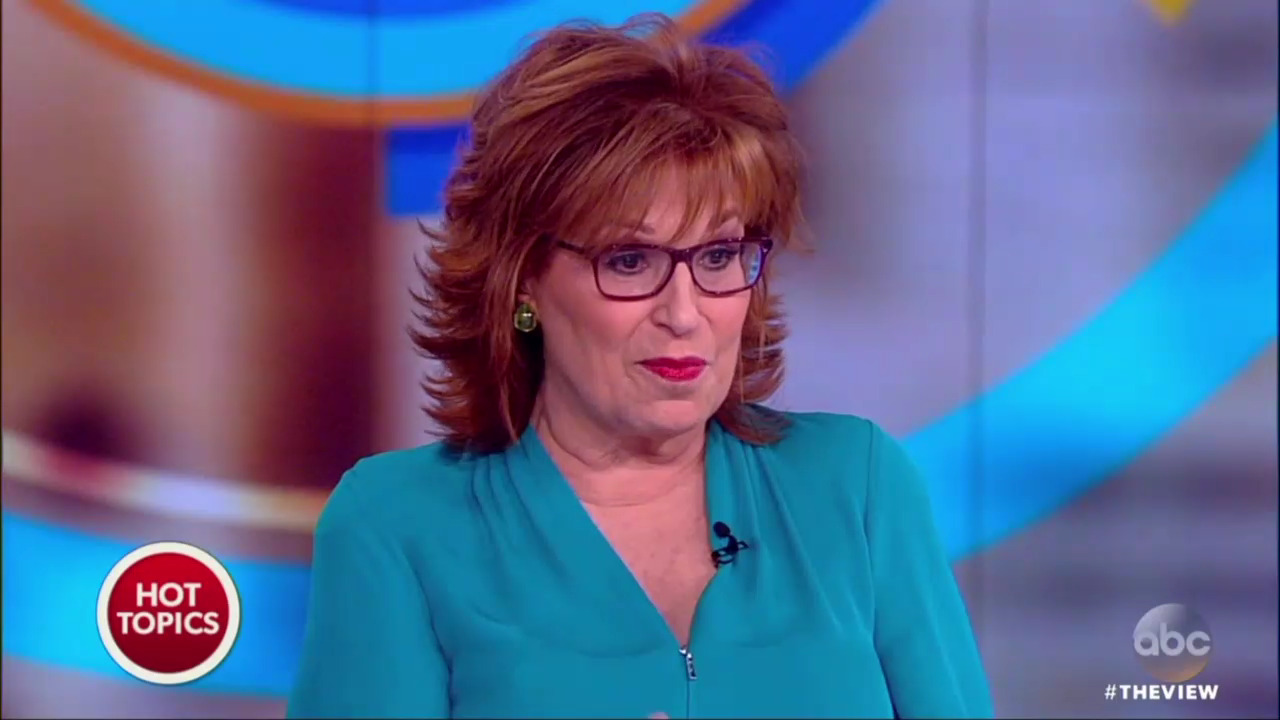 Thursday on ABC’s The View, the whole table addressed co-host Joy Behar’s mockery of Mike Pence’s Christian faith on Tuesday’s show that caused an uproar. Even though the rest of the table, with the exception of Meghan McCain and to some extent Whoopi Goldberg, also made vile comments, ABC only brought up Behar’s comments as controversial.

To make matters worse, what started off as an apology eroded into a rant against their viewers for being upset about "free speech." This just digs the hole deeper.

Replaying the clip of Behar saying Pence must be “mentally ill,” Whoopi bluntly addressed the elephant in the room. Reading off a cue-card, Whoopi asked Behar, “Do you think Christians are mentally ill?”

“I don’t mean to offend people but apparently I keep doing it,” she grinned.

Sounding less rehearsed, Behar dismissed any responsibility for what she said. “I mean, it was a joke. Comedians are in danger these days,” she stated.

Whoopi dug themselves further into a hole by actually demanding that viewers separate their show from their network:

“Let’s take this out of the realm of ABC,” she urged. “This is a show that has had great relationships with all kinds of leaders of different religions. We sit with each other, we don’t always agree but we listen,” Whoopi claimed. While she was saying this, McCain looked incredibly uncomfortable, sitting in silence with a glare on her face.

“We do make jokes, it is what happens on this show. You don’t have to agree with what we’re doing. You don’t even have to like it. But you have to understand that it does happen,” Whoopi took Behar’s tack of downplaying the incident as innocent humor.

Again playing the PR-spin machine for her network, Whoopi urged viewers to leave ABC out of the criticism against their show:

Now to call us intolerant or to call out ABC. Let’s get rid of that, Because as ABC as we know is tolerant of everyone. They have Sunday nights with Joel Osteen. So we know that they’re fine with that. The idea that this show is not tolerant of other people’s beliefs I find a little bit hard.

When does ABC broadcast Joel Osteen on Sunday nights? You can find Osteen's televised service on Freeform (formerly ABC Family) on Sunday (Saturday night) at 12 AM.

Behar added that she gave money to the church. “I’m not insulting Christians,” she shrugged.

McCain finally jumped in and thanked Behar for apologizing, saying that “so many people were upset and offended” by Behar’s words. “I’ve had a very hard time with this,” she admitted, before laying into the liberals at the table for being intolerant.

“I’m going to stop you, because that’s not actually true,” Whoopi slammed McCain, as the audience clapped.

Proving exactly what McCain was arguing, Whoopi dismissed McCain’s feelings as wrong. “We don’t want to talk about liberals and what they’re doing,” she shushed the conservative host.

Whoopi then admitted that they were only addressing their anti-Christian comments because the network forced them to.

“I’m trying to get out of this because this is what they’ve asked me to do,” she admitted.

McCain tried to clear the air, and personally apologized to Mike Pence on behalf of the show, even though she didn’t mock him like the rest of the table did. That irked Behar, who snarked about “free speech.”

“We also have a First Amendment in this country!” she griped. Hostin agreed: “The notion that we’re intolerant is untrue,” she slammed.