View's Behar Hypocritically Scolds Conway on Moore, After She Defended Clinton on Rape 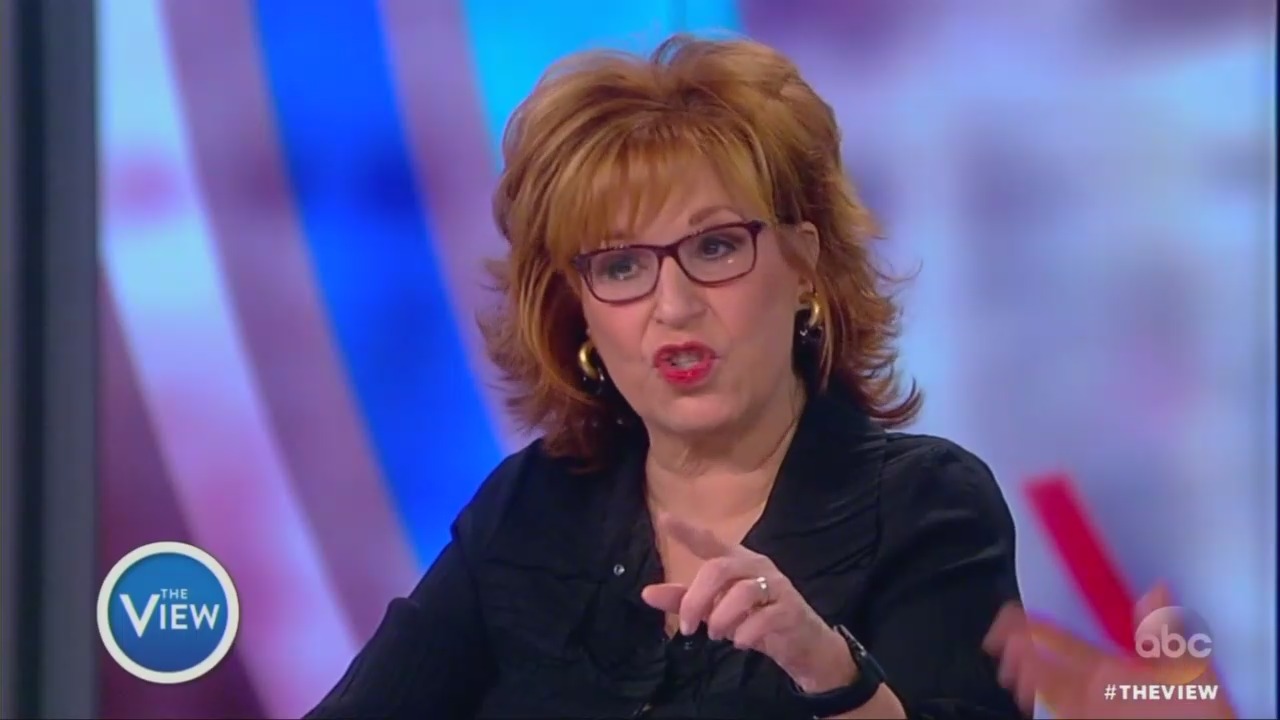 In light of all the accusations of sexual misconduct, harassment and assault coming out now against liberals and Democrats, some on the left are hunkering down and sticking to their partisan politics more so than ever. Longtime host of The View Joy Behar has been increasingly uncomfortable in the past few weeks, as the ABC panel have discussed allegations against Harvey Weinstein, Al Franken, Louis C.K. and now Charlie Rose.

Her usual diversion has been to bring up the claims made against President Trump during the campaign. On Tuesday’s show, Behar chose to attack Kellyanne Conway instead, for touting that a vote for Roy Moore in Alabama would be a vote for tax cuts.

On Monday's Fox and Friends, Conway bashed the Democrat running for Senate in Alabama, saying Doug Jones would raise taxes and was weak on crime and illegal immigration. After co-host Brian Kilmeade asked her if she was endorsing Moore instead, she responded:

I’m telling you that we want the votes in the Senate to get this tax bill through. And the media -- if the media were really concerned about all of these allegations, and if that's what this is truly about, and the Democrats -- Al Franken would be on the ash heap of bygone half funny comedians.

Behar took that comment to town on Tuesday’s The View.

“Kellyanne Conway has daughters. She should be ashamed of herself is all I’m saying,” Behar scolded to approval from fellow host Sunny Hostin.

A few minutes later, Hostin picked up on Behar’s scolding of Conway, adding more dramatically that she “sold her soul” to the Republican Party:

HOSTIN: I got to say with this Kellyanne Conway thing, when she's answering these questions, she does look like she threw up in her mouth a little bit. She was like -- we need the tax vote. So she has sold her soul.

BEHAR: Yes, she has.

HOSTIN: She has sold her soul for this.

Later on, Behar attacked Republicans as a whole for “dropping the ball” on sexual assault allegations.

“No, the party has become -- they have dropped the ball, the Republican party. I'm sorry,” Behar criticized.

“Everybody has,” guest host Ana Navarro and Whoopi Goldberg pushed back.

“No, not both,” Behar refused to concede that point.

But is Behar really in the position to be be wagging her finger at Conway and Republicans, when she has admitted to doing virtually the same behavior, arguably worse than Conway, in her defense of Bill Clinton?

In 2016, Behar stated very clearly what her position was on politicians being caught in sex scandals. She justified the accusations of assault and rape against Bill Clinton, because he was a Democrat. As NewsBusters noted at the time, Behar said on The View’s January 5, 2016 show:

“Republicans have voted against the Violence Against Women Act. Now, that to me, is more important than anything that Bill Clinton did or didn't do because it's what [Hillary's] going to vote for.”

This came after co-host Paula Faris reminded, “Juanita Broaddrick, Kathleen Willey. They say that he [Clinton] either exposed himself to them, raped them or groped them.” Behar conceded, “He is a dog. Let’s face it.” She later declared, “But I still will vote for Bill Clinton because he votes in my favor.”

That seems like a much more overt admission that politics reigns over principles than even Conway was making.

This isn't the first time Behar has admitted as such, either.

More recently, just last month in fact, Behar again boasted that she doesn’t mind voting for the “dogs” in her own party being caught in sex scandals. Her justification? While they may be just as guilty as Republicans, at least they aren’t “hypocrites”:

"...I thought about how I had voted for Bill Clinton, who obviously had a little something under the desk. I also voted for John Kennedy in my youth, who had millions of mistresses, or whatever they called them in those days. Teddy Kennedy, who had Chappaquiddick.”

“The difference between me and the people who vote for this guy is the Democrats are not the family of values,” Behar said. “They don't go around taking abortion rights away from people or gay rights being rescinded.”

“They're not hypocrites,” she continued. “They're just dogs. You see the difference?”

Not hypocrites? Forgive me, but isn’t Behar’s moral lecturing to Conway while defending Bill Clinton exactly what she is attacking Conway for?

While it’s true that Republicans used to be considered the “moral majority” party, in recent years it’s been the left who has hit the culture over the head with its moral posturing about what can/can’t be said, and what you can or cannot do. Democrats do more lecturing about real or perceived issues with guns, hate speech, racism, sexism, homophobia, anti-Muslim rhetoric, religion in schools, transgender rights and the like, to a far greater degree than Republicans speak out on social issues these days.

Co-host Sunny Hostin is also guilty of defending Hillary Clinton for going after the women who accused Bill of rape and assault. On September 30, 2016 Hostin passionately defended Hillary Clinton’s slandering of these women as akin to a woman “defending her man”:

Later on she fought with host Jedediah Bila, again defending Clinton as an innocent “victim”:

BILA: But when they’re accusing him of rape and sexual assault, I think for people that takes it to a new level.

HOSTIN: Accusing him of that. Violating Monica Lewinsky.

BILA: Right but if I were with a guy and somebody accused him of that, I don't know that I would jump back on those women. And here she is supposedly a defender of women. And I think people are critical of why did you have to go after those women and name-call them?

HOSTIN: Because they were sleeping with her man.

BILA: Sexual assault is a big deal. He lost his law license. I'm not holding her responsible but--

Apparently, even the notion that Hillary Clinton was aware of what Bill Clinton was doing was completely out of the question for Hostin and Behar, who continued to argue for Clinton as an innocent “victim” in the situation.

HOSTIN: You sleep with my man, I'm going on the attack.