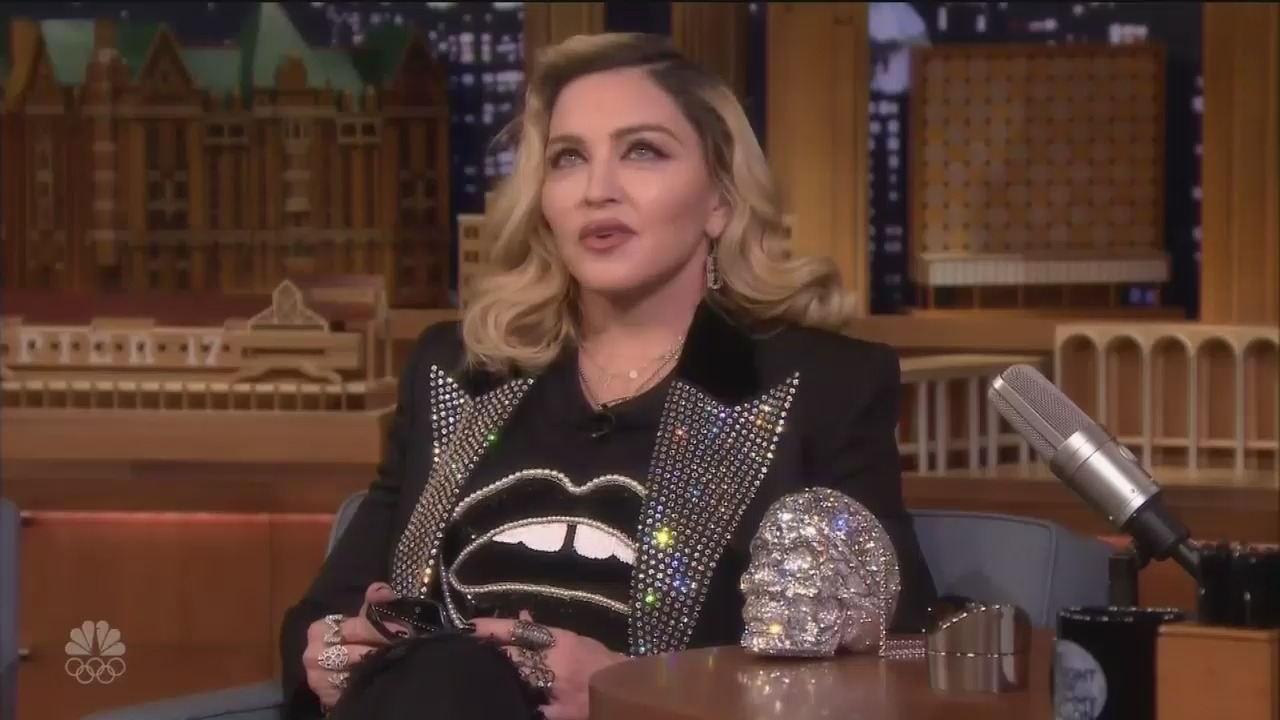 Right off the bat, Fallon asked Madonna if she remembered the last time she had “graced us with her presence” on The Tonight Show, when President Obama was also a guest. Madonna gushed that it was one of the most “unforgettable moments of her life,” before making the daring confession:

An embarrassed Fallon laughed and said, “No. You weren't --no, that's not the true.”

“Well maybe it is. I don't know, but I do remember I introduced you guys,” Fallon bragged.

Fallon then told the story of when the pair met, and how she tried to “play it cool” while President Obama was “all business:”

FALLON: I said -- it was so cool because I go -- I was with the president. I said, ‘Come on over here and I go. I'd like to introduce you to Madonna’ and there you were. You were kind of like shy and you were in the -- you were just being like sexy, and cool, and like ‘Hi, like what's up?’ And he just -- he was all business. He was like, ‘Hello, how are you? Nice to see ya, how you doing? Great.’

MADONNA: No, no. He was not. He was giving me a little bit of a little--

“I just wanted to make him feel good,” Madonna said.

The pop singer is just one of many celebrities who have done or said outrageous things to promote their liberal politics recently. She famously used her platform to speak out in a profanity-filled, violent rant at the Women’s March this past January, where she talked about “blowing up the White House” and chanted “F**k you” to people who disagreed with the march. The singer has also posed nude on social media as a way to promote voting for Hillary Clinton in 2016, and had a Donald Trump pinata at her 11-year-old son’s birthday party last year.