‘Do You Know What Hands Up, Don’t Shoot Means?’ The View Lectures Ferguson Police Chief 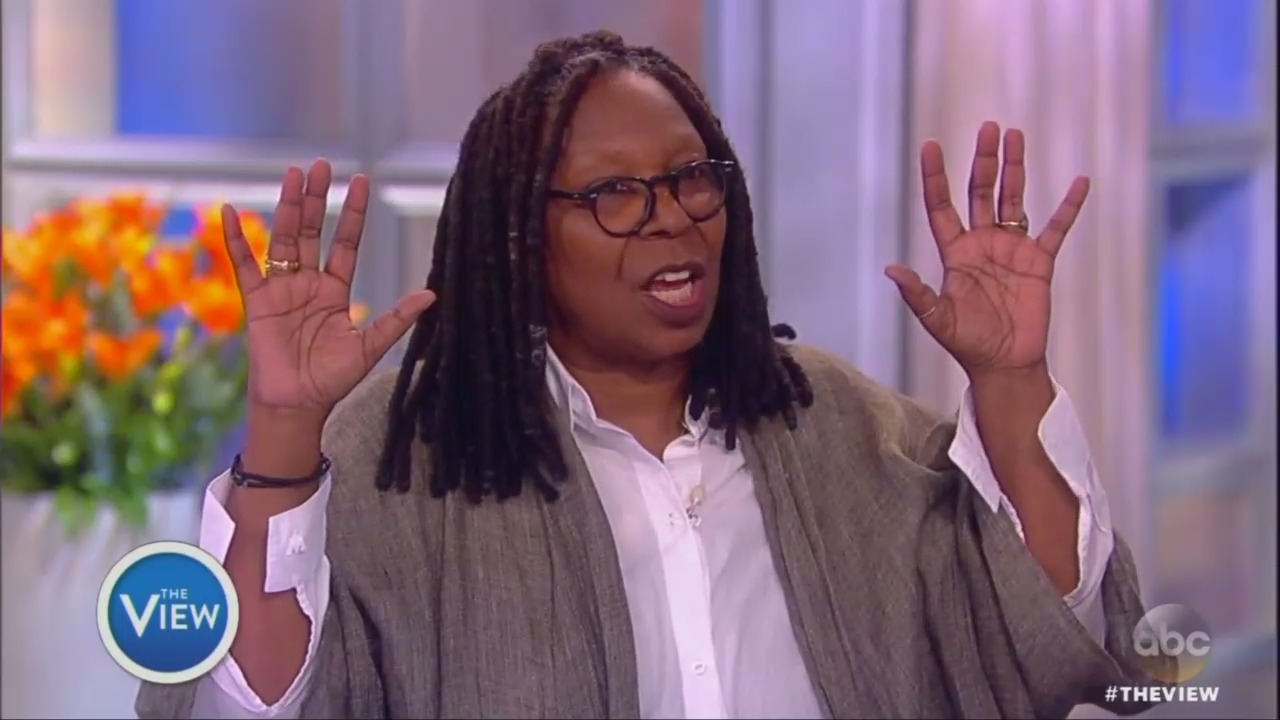 Thursday on ABC’s The View, the hosts had on former Ferguson police chief,Tom Jackson, to talk about his new book about his experience in Ferguson during the Michael Brown shooting. During the conversation, Jackson tried to dispel many of the media myths concerning the shooting of Brown, but instead he got an earful from hosts Sunny Hostin and Whoopi Goldberg about the credibility of “Hands Up, Don’t Shoot.”

The discussion started with the basic facts surrounding the Michael Brown case. While Hostin and Whoopi placed the blame on the “racist” police department in Ferguson that left Brown “laying in the street like a dog” for four hours, (even after Jackson explained the reason this happened,) host Jedediah Bila pinned part of the blame on the media for spreading lies about this particular case.

BILA: I actually do understand some of the media role in this, how it was problematic. I was working in news at the time. I remember being at home and hearing black lives matter protesters picking on the hands up, don't shoot and that becoming a rallying cry, and when the investigation was conducted the department of justice and the FBI, it was concluded that hands up, don't shoot moment didn't happen as many in media portrayed it from the get-go. How do you feel about that when you hear that, has that record been corrected in people's minds in other words? 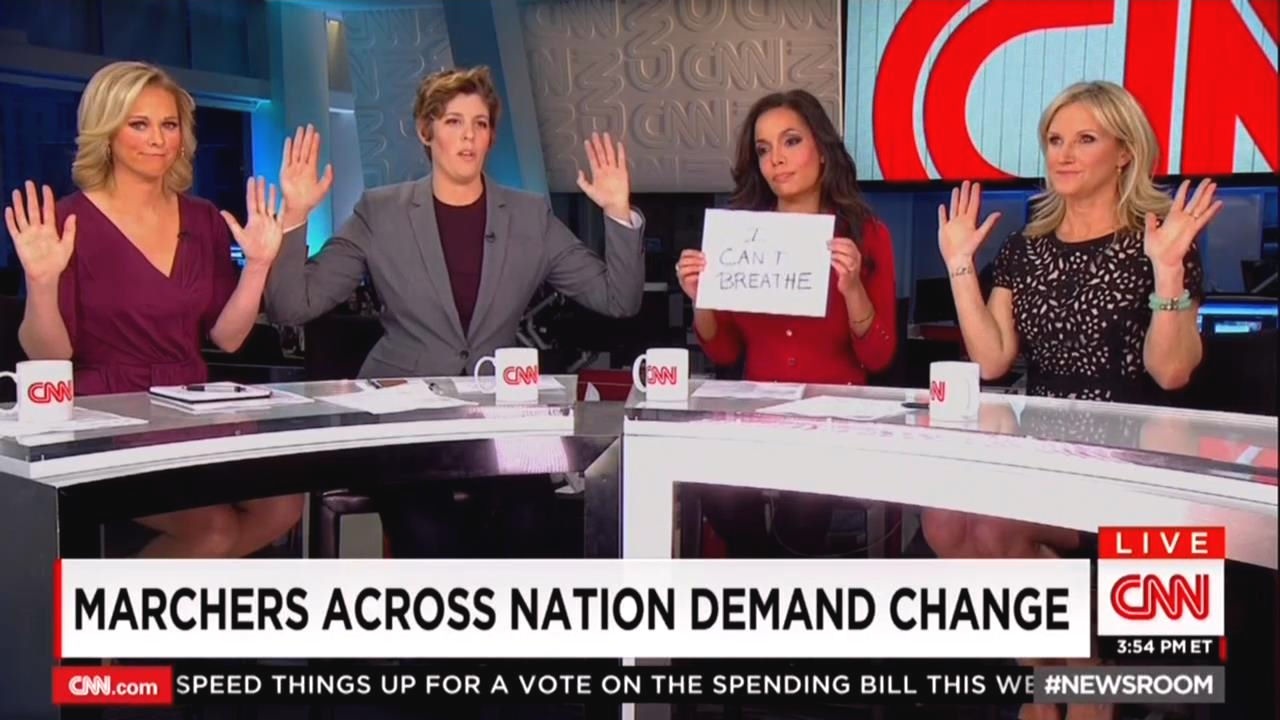 What Bila didn’t say, and ABC conveniently left out, was the infamous CNN moment where four CNN journalists held their hands up in silent protest to commemorate that moment. Maybe that’s because View host Sunny Hostin was actually working for CNN at the time and was apart of that infamous on-air protest.

After Jackson admitted “surprise” that “so many people were willing to believe that that happened, that an unarmed man was shot down at noon in a densely populated area while he was surrendering,” the former fake news spreader herself interrupted to defend the media and BLM.

“But it didn’t happen here,” Jackson rebutted, before explaining how social media influenced the popularity of that meme.

Clearly not liking what he had to say, host Whoopi Goldberg then decided to be condescending and give the former police chief a lecture about what the meme “meant.”

“Do you know what hands up, don't shoot means to most people?” she asked.

“Yes I do,” he responded. Not satisfied, Whoopi asked for a more complete answer.

“What do you think it means?” she prodded.

With a smug grin on her face, Whoopi said immediately, “No. That’s not what it means,” as the audience started to react hostilely.

She then proceeded to “enlighten” Jackson’s mind with the most basic, literal meaning for what the phrase meant, as if anyone couldn’t parse that out on their own. Along the way, she falsely insinuated that Brown’s hands were up in the air, in surrender pose, when he was shot (which Jackson had just argued was not true.)

Hostin piped in with agreement. She then proceeded to give her own condescending lecture about black incarceration data, asking him if he “understood” that had everything to do with racism:

HOSTIN: Exactly. You know, I talk about this often on our show. That's what black mothers teach their kids, their sons because we are afraid of what can happen to them. I have a 14-year-old and he's six foot tall. I am afraid even as a former law enforcement person, I fear for him. What you said in your book in chapter 8 was shocking to me. You wrote, "let's be honest, facts don't lie. No one can argue the data that clearly shows African-Americans account for a wildly disproportionate number of arrests, street stops, use of force incidents, incarcerations and other measurable events within our criminal justice system." You understand why that's a fact? Because they are disproportionately stopped and arrested. And incarcerated. [applause] Simply because they are black. As a law enforcement officer you do understand that, don't you?