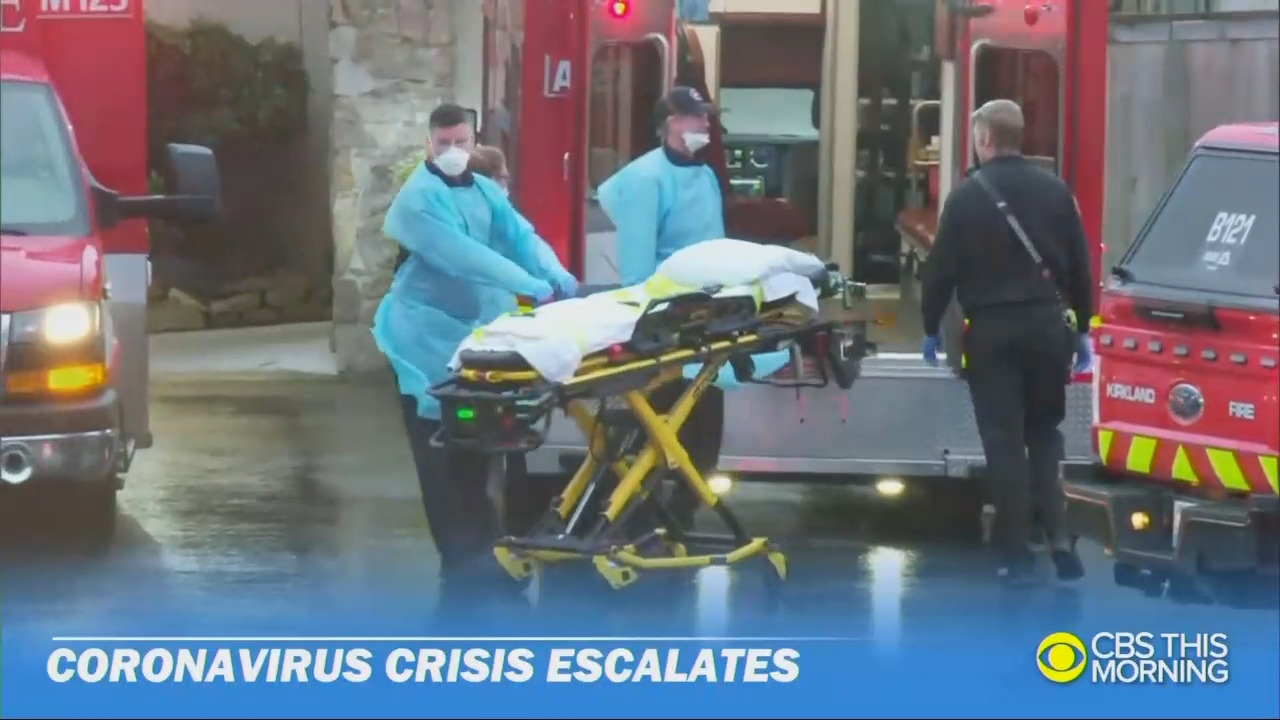 The liberal media certainly has a convenient memory.

Recently, as noted here by NewsBusters's own Tim Graham, much was being made that 100,000 Americans had died of the virus. The New York Times devoted its entire front page to listing the dead.

Let’s be plain: 100,000 dead Americans from the virus is horrific. Every human life is important.

But there is a curious something missing in all the many stories about the death toll of 100,000. Tim notes this question to White House press secretary Kayleigh McEnany from Politico and CNN’s Ryan Lizza:

“We’re about to cross the 100,000 dead American [sic] milestone… on Election Day, what does the White House view as the number of dead Americans where you can say that you successfully defeated this pandemic? Is there a number?”

Well now. Thanks for asking Ryan. As a matter of fact your question as to “is there a number?”  has already been answered - by your media colleagues. And no, the pandemic has yet to be “defeated.” But there has been a vivid success on the battlefront, even if the media pretends not to notice. Here are some samples about how many Americans would die according to the media, bold print for emphasis supplied:

From The New York Times on March 16: “Sweeping new federal recommendations announced on Monday for Americans to sharply limit their activities appeared to draw on a dire scientific report warning that, without action by the government and individuals to slow the spread of coronavirus and suppress new cases, 2.2 million people in the United States could die.”

From The Washington Post, March 19: “In the worst-case scenario, America is on a trajectory toward 1.1 million deaths.”

From MSNBC’s Lawrence O’Donnell, March 24: If Americans go to Easter services: “If that happened on Easter Sunday, just 19 days from now, then in May, you’d have millions of dead people all over the country. Millions,” O’Donnell said on his MSNBC show. “If you have packed churches all over the country, including California, on Easter Sunday, by May there could be a million dead people in California.”

From Andrew Slavitt, Barack Obama’s former acting administrator of the Centers for Medicare and Medicaid Services (CMS): “Currently experts expect over one million deaths in the U.S. since the virus was not contained & we cannot even test for it.”

From infectious disease specialist Michael Osterholm to podcaster Joe Rogan the week of March 12: “We conservatively estimate that this could require 48 million hospitalizations, 96 million cases actually occurring, over 480,000 deaths that can occur over the next three to seven months…”

From CNN: “On State of the Union, Dr. Anthony Fauci tells Brianna Keilar that in a worst-case scenario millions of people in the US could die from the coronavirus.”

From Yahoo: "At the low end of the projection this would mean about 700,000 deaths. At the high end it would mean 1.5 million deaths.”

Not to mention that the media seems reluctant to focus on just why the number is up to 100,000 in the first place. There is a reason, as discussed over at The American Spectator by my colleague the historian Paul Kengor. Paul lives, as do I, in Pennsylvania. And here is his headline: "Pennsylvania’s Nursing Home COVID-19 Scandal."

He begins by saying this:

“Americans are well aware of the nursing home scandal in New York, where Gov. Andrew Cuomo allowed overflow COVID-19 patients to be sent to the worst possible place. Naturally, this had the effect of seeding outbreaks in New York nursing homes, many of which were subsequently ravaged. And when the angry Cuomo is asked about it, he does what he does best — he lashes out at whoever asks the question.

Well, it looks like New York may not be alone. The same thing might have happened next door in Pennsylvania, and perhaps worse. Pennsylvania has over 70,000 cases of COVID-19, with roughly 5,400 deaths. Of these fatalities, a staggering 70 percent (my last count) are in nursing homes. In some counties, the percentages are even higher.”

“Coronavirus has spread like wildfire through many nursing homes across the Northeast, and state officials are scrambling to better protect those most vulnerable. Yet the death toll has been devastating.

The health directives put “frail and older adults who reside in nursing homes at risk” and would “result in more people going to the hospital and more deaths,” the American Health Care Association and affiliates said at the time.

A month later, it appears government officials should have heeded the dire call to pursue different pandemic emergency plans."

In other words? The 100,000 death toll number would have been less, possibly much less, if the governors of those three states alone had not insisted on sending Covid patients to nursing homes. As Paul Kengor noted, in Pennsylvania alone 70 percent of Pennsylvania’s 5400 fatalities were in nursing homes.

But no word on this in the media. Instead, the idea is to drop the media predictions of looming millions of deaths straight down the memory hole, and deliberately ignore that maybe, just maybe, the Trump administration and its team of doctors and scientists did a lot of right things that prevented those media predictions from coming horrifyingly true.

This is nothing less than the liberal media game of journalism by omission. And in a serious life-and-death situation, it is disgraceful.