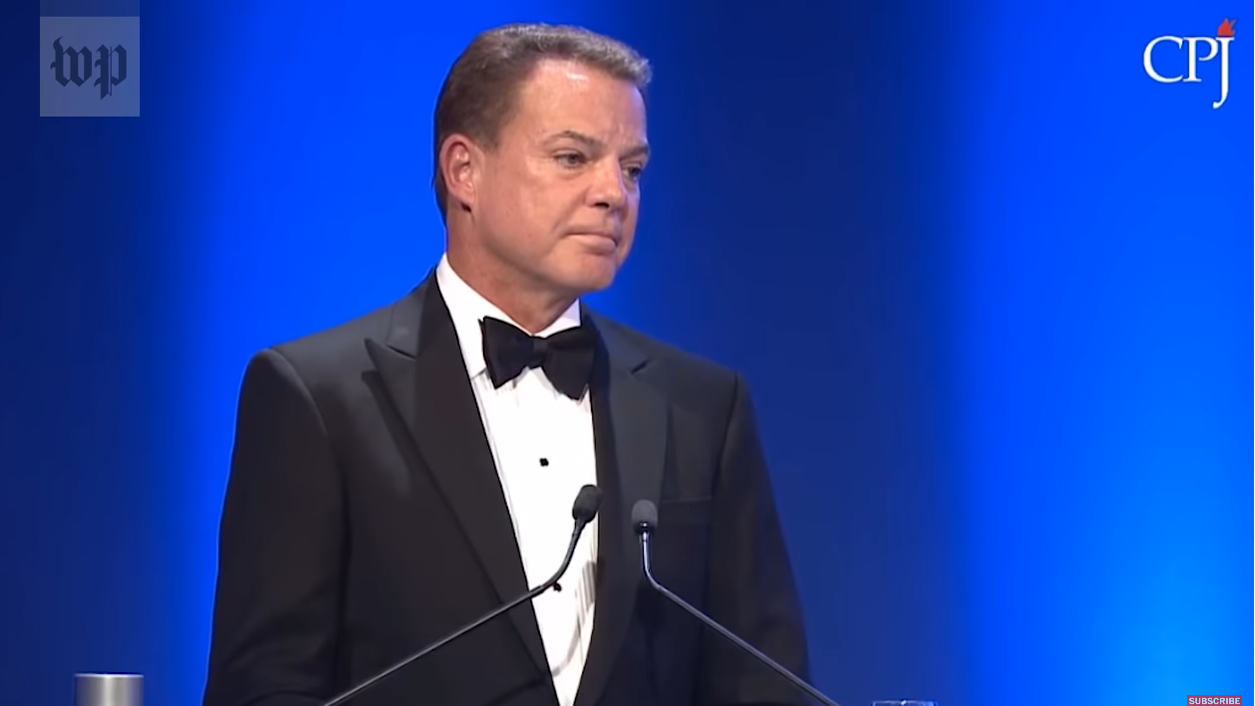 There they go again.

Over here at NewsBusters, Tim Graham has written about the Committee to Protect Journalists and its recent dinner hosted by ex-Fox newser Shep Smith.

The story comes complete with a link to Michael Grynbaum’s piece on this CPJ event in The New York Times. Much was made by the Times of the fact that ex-Fox newser Shep Smith hosted the event, a first public appearance since leaving Fox. He also announced a cool half-million dollar contribution. But the CPJ event had one very curious - and very telling - omission.

Here is this from the Times, bold print supplied:

“In his first public remarks since abruptly resigning from Fox News last month, the anchor Shepard Smith called on Thursday for a steadfast defense of independent journalism, while offering a few subtle barbs at President Trump’s treatment of the press.

….‘Intimidation and vilification of the press is now a global phenomenon. We don’t have to look far for evidence of that,’ Mr. Smith said at the group’s annual dinner in Midtown Manhattan, an appearance he signed up for before he left Fox News, his television home of 23 years.

The dinner, formally known as the International Press Freedom Awards, recognized journalists who had persevered through hardship and government oppression in Brazil, India, Nicaragua and Tanzania. Mr. Smith served as M.C., and while he did not mention Mr. Trump by name, his remarks brought knowing nods from the crowd at the Grand Hyatt hotel ballroom.

Speaking broadly, Mr. Smith called for unity in the news business to ward off government encroachment on free expression. ‘We know that journalists are sometimes wary of being perceived as activists for some cause,’ he said. ‘But press freedom is not the preserve of one political group or one political party. It’s a value embedded in our very foundational documents. Journalists need to join hands to defend it.’

The Committee to Protect Journalists, founded in 1981, works to advance press freedoms, particularly in dictatorial and autocratic countries. In recent years, speakers at its gala have increasingly referred to Mr. Trump’s attacks on the press and the hostile atmosphere faced by American journalists.”

Hmmm. What was missing at the CPJ dinner? And for that matter, what is missing on the CPJ web site? And what did Shepherd Smith not say?

What was missing is any sense of irony that all this business about protecting journalists never once mentions the attacks by left-wing groups that are designed to intimidate and silence conservative media. To remove them from the air.

In fact, take a look at that Times story again and this particular quote about Shep Smith: “But he became increasingly disillusioned in recent months about the gap between the network’s prime-time commentary and the reporting produced by its newsroom.”

Say what? Effectively —  without a hint of irony —  the story says that Shep Smith was so put off by the opinion journalists of Fox’s prime time schedule that he quit rather than share the same network with Tucker Carlson, Sean Hannity and Laura Ingraham.

So much for supporting a free press.

This is, in fact, the problem with CPJ and liberals like Shep. They’re all for a free press —  but strangely fall silent as church mice when this or that left-wing group launches campaigns to intimidate sponsors into cancelling a particular show or silencing a particular host.

Have any of these journalists spoken out against campaigns over the years to take Rush Limbaugh off the air? Not that I can find.

This is the same problem that affects the White House Correspondents Dinner, as I long ago noted here. I had asked both Sean Hannity and Rush Limbaugh directly whether liberals in the media had stood up for them when under attack. To recall, these were their direct answers to me:

SEAN HANNITY: “Not one liberal. Not one speaks vs the weapon of Boycotts used vs conservatives to silence them. I call it Liberal Fascism. An organized and well funded effort to silence political opposition.”

RUSH LIMBAUGH: “Of course not. Clinton called me a racist for defending Janet Reno after she was criticized by John Conyers. ‘Rush only defended her because she was being attacked by a black guy.’ I was at the USA Today table. There was a huge reaction in the whole room. Disbelief and shock. Some embarrassed laughter, mostly groans. Chris Matthews approached me at the end of the dinner and said I could not let that stand, the president of the United States calling you a racist cannot stand.”

What we have is yet another gathering of journalists, this time led by Shep Smith, selectively - very selectively - supporting a free press. In Shep’s case, he apparently couldn’t abide the thought of Tucker Carlson’s free press rights and so, according to the Times, he left.