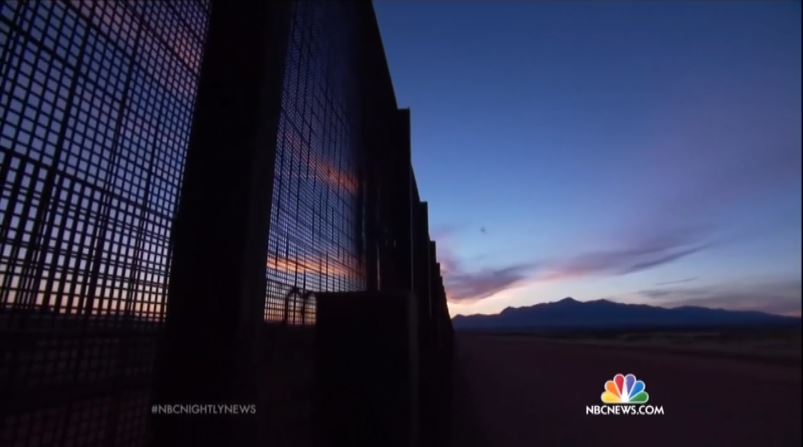 All kinds of Democrats said it, so why not their allies in the media?

I’m speaking here of the media chorus that insisted — insisted —  that what President Trump, in an Oval Office address to the nation in January called a “humanitarian crisis” at the border — was in fact nothing more than a “manufactured crisis.”

It’s one thing for partisan Democrats to make such a preposterous charge thinking they can get away with it. They are in this case, after all, seriously Trump-hating partisans.

But the media? Those who insist that an “Apple is not a Banana” because “Facts Come First.”

In light of the now viral photo of Salvadoran Óscar Alberto Martínez Ramírez and his two-year-old daughter Valeria face down in the water in the Rio Grande —  drowned in an attempt to enter the country illegally —  even Nancy Pelosi has been shamed enough to reverse course and get a border bill passed, albeit over the vociferous objections of the likes of Rep. Alexandria Ocasio-Cortez and her progressive allies.

But the focus here is on the media - and the utter resistance to acknowledging what in January was in plain sight. A stubborn refusal to acknowledge a fact that has now resulted directly in the deaths of that father and young child. So here, for the record, is a list of some of those in the media who insisted - insisted - that the “humanitarian crisis” Trump said was quite real was nothing more than a “manufactured crisis.” Or, as it were, they were telling their audience that an apple is really a banana.

Then the following media people appear, saying as follows:

Eddie Glaude on MSNBC: “This is a manufactured crisis. At the heart of this whole thing are a whole bunch of lies.”

CNN’s Chris Cuomo: “Wouldn’t we (CNN) be there ‘cause it was a crisis , they were being overrun? (Don Lemon: “Yeah.”) There’s something manufactured about this.”

CNN’s Symone Sanders: “This is a manufactured crisis.”

CNN’s Don Lemon: “This whole mess is manufactured. It’s a manufactured crisis. A non-crisis at the border that’s really not fooling anybody.”

CNN’s Jeffrey Toobin: “This whole thing is absurd. It is a completely manufactured, you know, appeal to the ugliest sentiments. And frankly, you know, I wonder about our complicity in just talking about this.”

CNN’s Don Lemon on the President: “He’s determined to convince you that there is a crisis at the border. They’re playing the public - you - for suckers.”

In April, The Media Research Center’s Bill D’Agostino put together a montage of media figures finally admitting that it was a crisis.

Over at Fox, Tucker Carlson put together his own montage of mainstream liberal media acolytes insisting as follows:

NBC’s Chuck Todd: “Folks, the President has manufactured one heck of a political crisis for himself.”

CNN’s Jen Psaki: “You will hear them say is that this is a manufactured crisis. It’s not a national security crisis.”

Politics Editor for The Root, Jason Johnson: “From Nancy Pelosi down to Debbie Wasserman Schultz, no one will give him a dime for this project.” To which MSNBC’s Nicolle Wallace responded:  “Because it’s manufactured

Former Bill Clinton press secretary Joe Lockhart on CNN: “It's a manufactured crisis for the president to get a political win.”

Doubtless there’s more of this kind of utter wrong-headed frothing denial out there in the media.

But there is one fact that is now crystal clear.

Óscar Alberto Martínez Ramírez and his two-year-old daughter Valeria are dead precisely because there is in fact a serious, serious humanitarian crisis at the border. And for all those in the media who insisted this was a “manufactured crisis” and a “whole bunch of lies” that was “playing the public for suckers” —  they need to take another look at that tragic photo.

And the damage that photo- and their own words — have inflicted on their own credibility.