After Months of Denying, Cable Journalists Admit ‘Crisis’ at Border 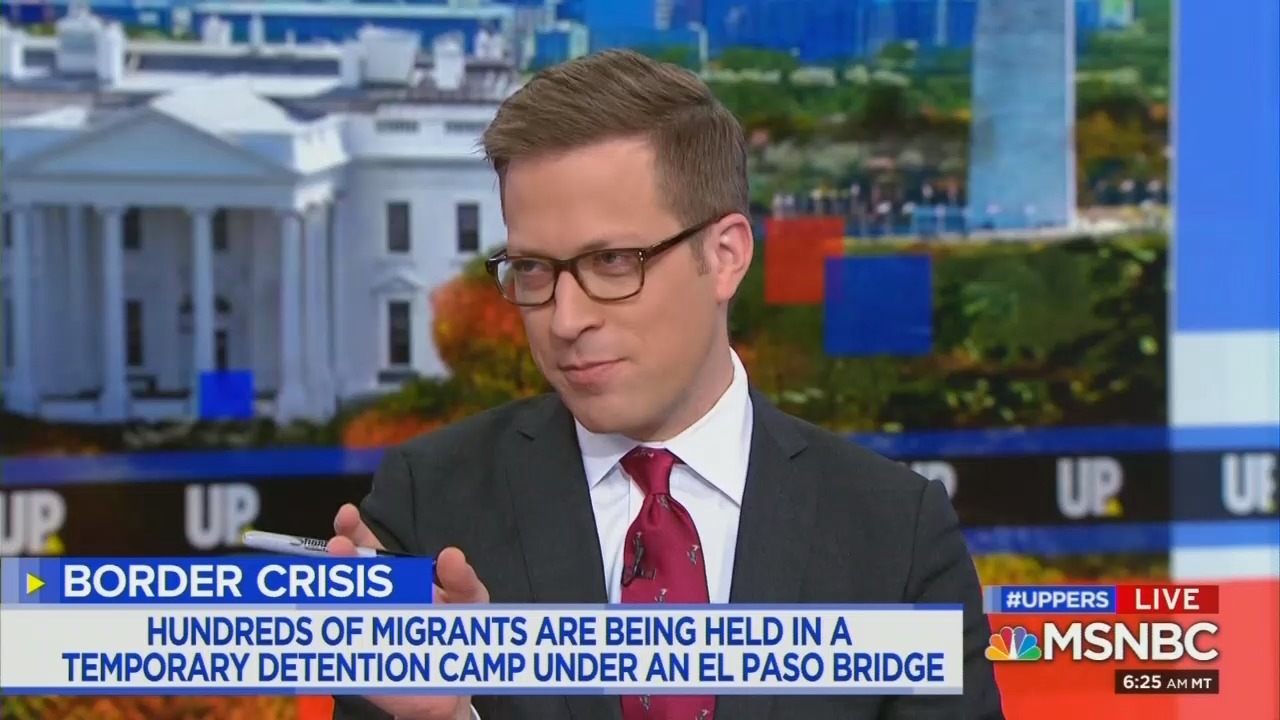 Talking heads on liberal cable news are finally warming to calling the situation on the U.S.- Mexico border a crisis, at least since former Obama DHS Secretary Jeh Johnson blessed that term on the March 29 edition of MSNBC’s Morning Joe.  But some of us are old enough to remember a time – barely two months ago – when cable hosts were screaming to high heaven that there was no such border crisis.

On the night of President Trump’s January 8 Oval Office address about border security, for example, MSNBC’s Nicolle Wallace insisted: “The big scam of the whole address was that there’s a crisis; there’s not a crisis.”

For those who may have forgotten, here's a look at the media spin that prevailed as recently as mid-February:

On Saturday, CNN White House reporter Sarah Westwood twice used the term, claiming that the situation at the southern border “created by this many migrants” was “reaching crisis levels.”

While MSNBC hosts and reporters were initially more reluctant to utter the “c-word,” they, too eventually capitulated. On her 7:00 a.m. EDT Sunday show, host Alex Witt — who had questioned the President’s use of the term only a day earlier — asked former Massachusetts Governor William Weld, “What would you do right now to stop the crisis?”

The following hour on Up with David Gura, MSNBC ran a chyron at the bottom of the screen that read: “Border Crisis; Hundreds of migrants are being held in a temporary detention camp under an El Paso bridge.”

Over the weekend, CNN White House reporter Sarah Westwood tried to justify the media’s previous reluctance to adopt the “crisis” terminology. During the 5:00 p.m. EDT hour if CNN Newsroom, she pontificated:

So, even though President Trump caught criticism for describing the situation on the southern border as a crisis months ago when he first started calling for declaring a national emergency, the underlying numbers are starting to potentially shift the debate.

While Westwood was correct that border apprehensions had been increasing,  she falsely implied that that increase had taken place only over the past few months. Whereas according to Customs and Border Protection data, apprehensions at the southern border have grown considerably over the past year.

For every month so far in fiscal year 2019, there have been at least 20,000 more apprehensions than in the same month of the previous fiscal year.  The 76,000 recorded in February of 2019, when the media were still adamant that no crisis existed, more than twice exceeded the rate of 2018: 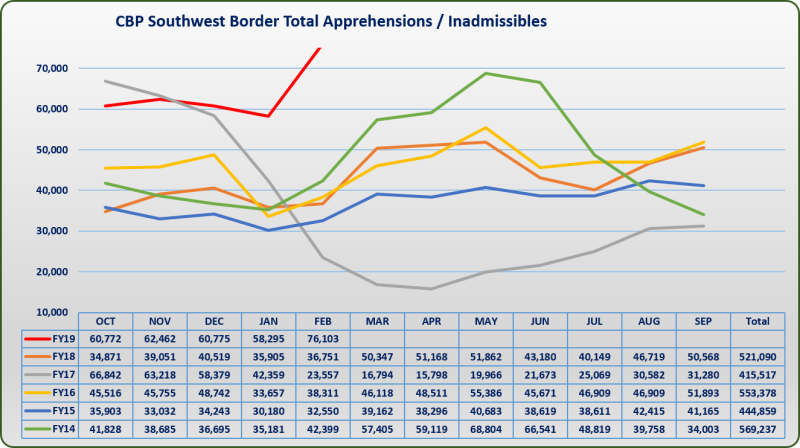 Although the President caught flack from liberal cable hosts for his crisis talk back in February, he wasn’t the only one using that term. As NewsBusters has previously noted, broadcast networks NBC and CBS interviewed Customs and Border Protection officials back in early 2019 who had no reservations about using the same language.