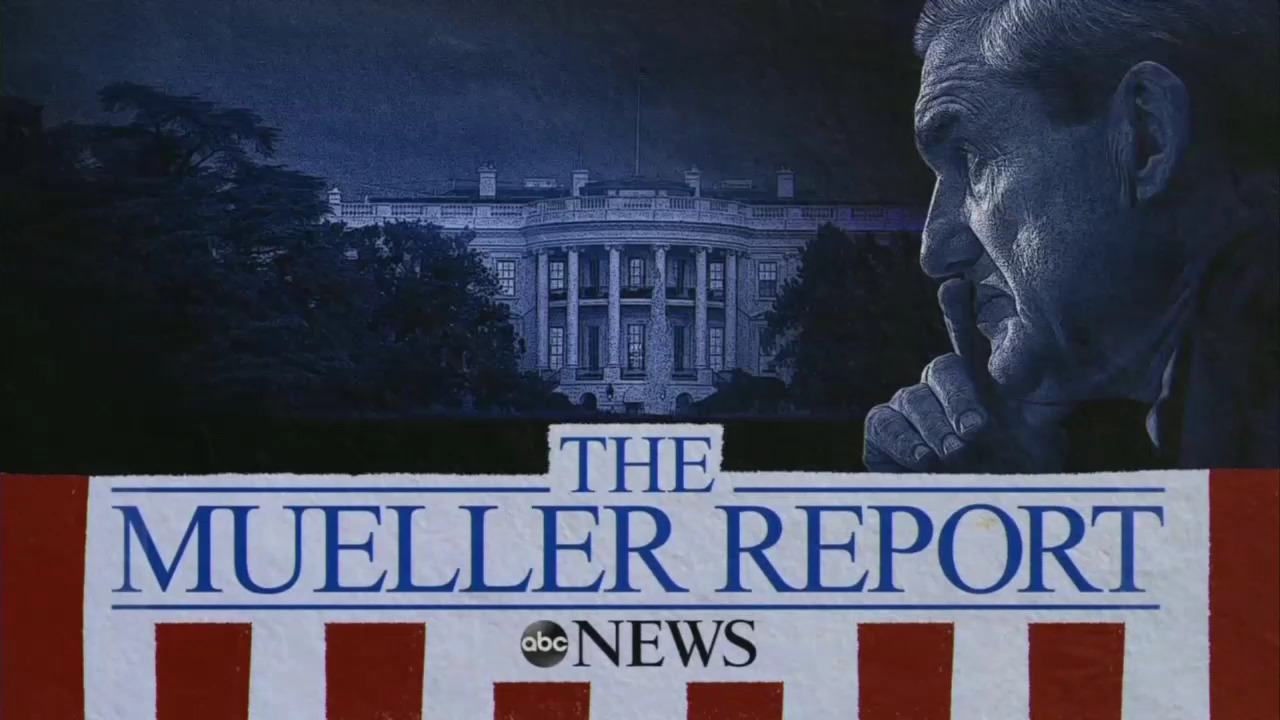 Over there at the website for the Pulitzer Prizes is this posting of a prize. In the category of “National Reporting” it reads that the winners are:

Staffs of The New York Times and The Washington Post

“For deeply sourced, relentlessly reported coverage in the public interest that dramatically furthered the nation’s understanding of Russian interference in the 2016 presidential election and its connections to the Trump campaign, the President-elect’s transition team and his eventual administration. (The New York Times entry, submitted in this category, was moved into contention by the Board and then jointly awarded the Prize.)”

And now? Now with the release of Attorney General Bill Barr’s summary of the long-awaited Mueller report America is told that, contrary to all that breathless and endless “coverage” (wishful thinking?) from the Times and Post (and all manner of others in the Leftist State Media)  - there was no “Trump-Russia collusion.”

Over at the New York Post, columnist John Crudele has a spot-on piece that focuses on the Post and Times Pulitzers. His headline: “Will the Times ever revisit its story about the government spying on Trump?”

Crudele begins by saying this:

Are the New York Times and the Washington Post going to return the ill-gotten Pulitzer Prizes the two papers received for their coverage of the nonexistent collusion between President Trump’s administration and the Russians?

Exactly. And Rush Limbaugh picked up on this inconvenient question on his Thursday show, saying, among other things, this: 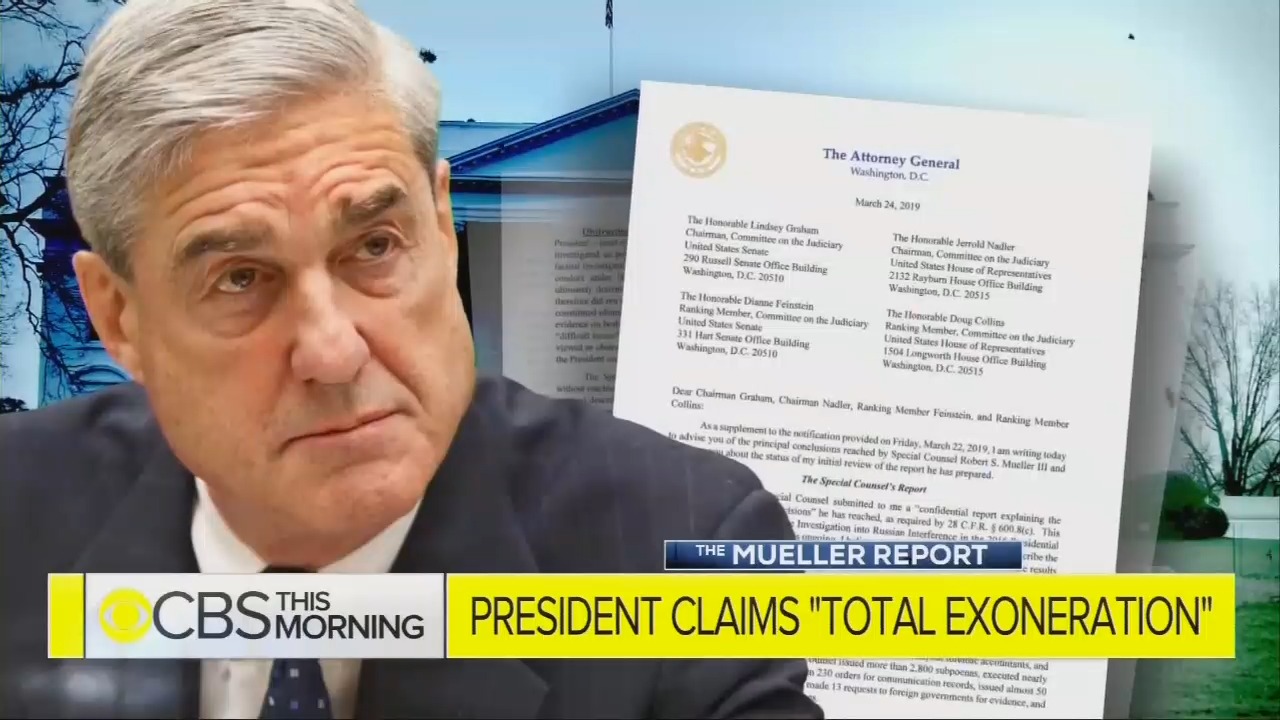 They got Pulitzers. Not for exposing the hoax, but for helping to pass the hoax along! So the people that award Pulitzers have been tainted here — and, by the way, they weren’t exactly objectively honest to begin with. The Pulitzer… Do you know when the Pulitzer Prize began? Let me give you a short little history of the Pulitzer Prize. Joseph Pulitzer — who was a newspaper publisher, I think, from St. Louis. It was a yellow journalist, rag, gossip rag, irresponsible, all kinds of just horrible journalism. That was his reputation.

His brand of journalism was the bottom of the barrel. When you read a Pulitzer newspaper, you were in the gutter looking at up. So he created the Pulitzer Prizes as an effort to reclaim and rebuild his reputation by awarding the greatest journalism of the year. So it survives. The Pulitzer is now the journalism equivalent of the Academy Award, and all these papers won Pulitzers — and some TV people win them, too — on the basis of a literal hoax and one of the greatest political scandals in the history of this country.

And there still is no remorse over having participated in this. There’s no remorse over having helped pass it along, move it along, promote it, amplify it. There’s no embarrassment. There’s no gulp and lump in the throat. “Oh, my God. What did we do?” None of that. No! There is just a search for the next hook that’s based on the same bogus premise, and they’ve found it. (impression) “The Mueller report is 300 pages (gasp!) and it’s impossible to summarize in four.”

The major media outlets should form a commission – perhaps with Pew Research or the Poynter Institute – to examine the role the media played in spreading falsehoods for the last two years. It’s clear that the media were either handily used by – or fully in league with – the political enemies of President Trump.

At best, reporters, editors, anchors and producers failed their due diligence in vetting the heaps of anonymous sources on which they frequently relied. At worse, they were just seeking to make money by influencing – rather than informing – the American people.

In either case, the collusion story will bring long-lasting damage to the media’s credibility and the public’s trust. At a minimum, The New York Times and The Washington Post should return the Pulitzer prizes they received for “breaking” the collusion story.

It would be intolerable for media members to walk away from this disaster and pretend they had nothing to do with it – or claim they were just reporting the news of the day. When the news media collectively decide something is “a fact,” it creates enormous power promote falsehoods. This is exactly what happened here.

But will any of this happen? The guess here is no. Hell will freeze over before the media takes responsibility for what Rush Limbaugh has also called the “poisoning” of American politics. Why?

One of the curious things about leftism is that whatever a specific left-leaning soul does professionally in life, their leftism is more important than their actual job. This is why so many teachers put their unions over their job of teaching, why so many lawyers care more about the ACLU than justice, or mainline Protestant churches value left-wing political activism over the teaching of the Gospel. In the case of journalists, far too many value their liberal views over doing their actual jobs as fact-reporting, unbiased journalists.

In today’s world add in that a part of being a leftist today is a virulent anti-Trumpism - and the perfect recipe for a massive journalistic fail is set up.

The “Trump Effect” or “Trump Derangement Syndrome” was already clearly in evidence during the 2016 election. As has been massively documented by now, one journalistic venue after another told their readers or television audience that Hillary Clinton was overwhelmingly about to be elected president. As here with the New York Times. The headline: “Hillary Clinton has an 85% chance to win.”

Well, wrong. Just like all the huffing and puffing about Trump-Russian collusion has been wrong.

Let’s cut to the chase, shall we?

The hard fact of the matter here is that the Times and Post (and oh so many media others) were not about news —  about getting hard facts. They were —  and are —  about getting Donald Trump. And if that means falsely leading the American people to believe something that is completely untrue, well, then, so be it. And if that also means accepting a Pulitzer Prize for reporting stories that are flatly untrue - well so much the better.

Shameful? Yes. Will they take a long, reflective look in the journalistic media and give back their Pulitzer?