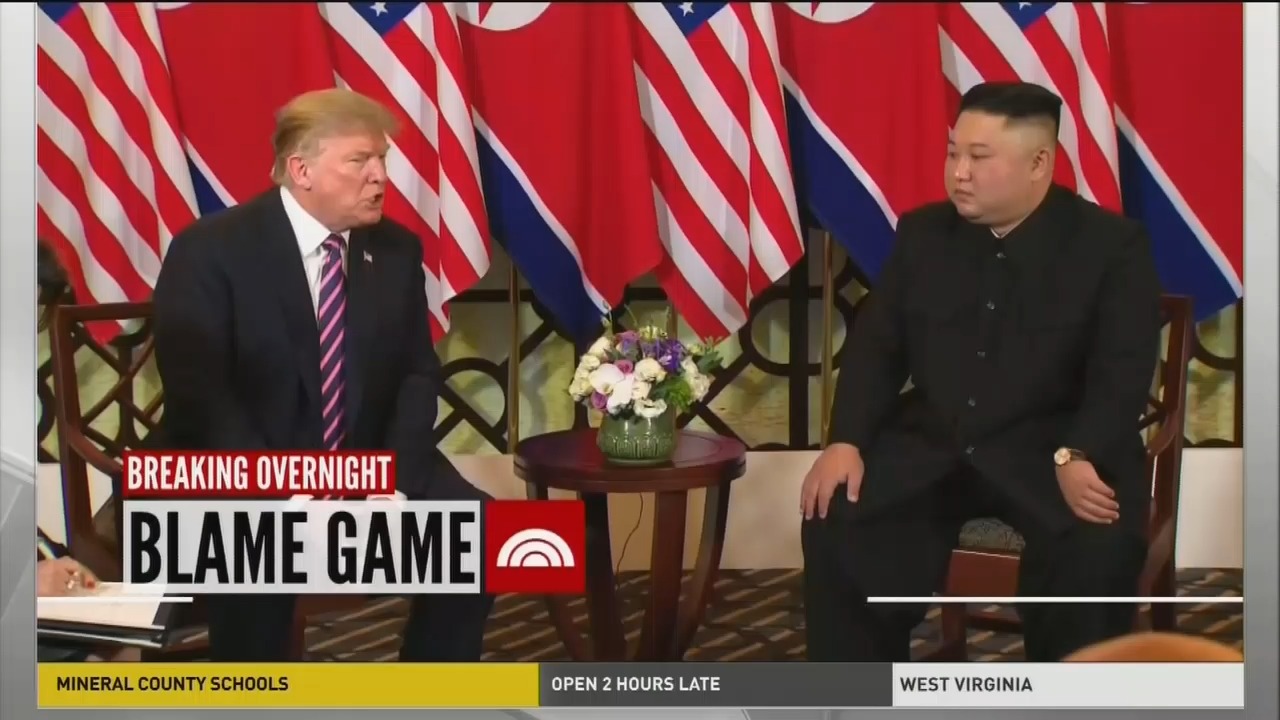 Here at CPAC this week, the stories abound about President Donald Trump walking away from the Hanoi Summit. Here are a few of the headlines.

From USA Today: “Donald Trump's big fail on North Korea: He didn't prepare and he got played.”

From Newsweek: “Has Trump Failed in North Korea? Pyongyang Says it Will Not Give up Nukes Without U.S. Demilitarization.”

From the Washington Post: “Trump will exit the North Korea summit a failure.”

The memories? The memories are of another president and another summit. At the time I was a young Reagan political aide, watching on television from the White House while the President and senior and national security staffers were locked inside a modest schoolhouse - Hofdi House - in Reykjavik, Iceland with no less than Soviet President Mikhail Gorbachev. The goal: Reagan’s long held dream of securing the safety of the world from nuclear weapons.

The sudden request by Gorbachev for a summit had, to the irritation of Reagan’s political staff, suddenly pulled the President off the mid-term election campaign trail. He was very much needed on that campaign trail to help re-elect the GOP-controlled Senate, and for a few key days in October he was now going to Iceland for a one-on-one with Gorbachev.

At first, there was progress. As noted here at the site The Reagan Vision for a Nuclear -Weapons-Free World:

“Reagan and Gorbachev had established a personal relationship just one year before at their Geneva Summit. In Geneva they attempted to reach agreement on bilateral nuclear arms reductions. Since then, their negotiators had reached an impasse. Both leaders hoped a face to face meeting at Reykjavik might revive the negotiations.”

While there wasn’t a lot of expectation for this summit, Reagan, always the optimist, was determined to make progress. He had, after all, already met with Gorbachev in that previous summit in Geneva in 1985 and the two had, in the way of the leaders of the world’s two superpowers, hit it off.

To the shock of those in Reykjavik, the summit suddenly took off. Amazingly it looked like stunning progress on a “proposal to eliminate all new strategic missiles” which then unexpectedly suddenly became “the real possibility of eliminating nuclear weapons forever.”

This was, as said, stunning. But then.

But then Gorbachev quickly threw in the monkey wrench. Again from the Reagan Vision site:

“But one point of contention remained. Reagan was committed to see his Strategic Defense Initiative (SDI) to completion.  Gorbachev, fearing an imbalance of power, was equally determined to make sure SDI would never be implemented. Reagan offered assurances to Gorbachev that the missile defense shield, which he had championed and funded despite widespread criticism at home, was being developed not to gain an advantage, but to offer safety against accidents or outlaw nations. Reagan offered many times to share this technology with the Soviets, which Gorbachev refused to believe.

Toward the end of the long and stressful final negotiations Gorbachev would accept continued development of SDI as long as testing was confined to the laboratory for the next ten years. Reagan would not agree. He could not and would not allow the division of his two-part strategy of the simultaneous elimination of nuclear weapons with the creation of a missile defense shield.”

In a blink, the summit careened onto the political rocks. Reagan, furious, gathered his papers and walked out. Photos of the day capture Reagan and Gorbachev exiting the Hofdi House. The look on Reagan’s face was unmistakably anger. Gorbachev said, as I recall, something along the lines of “I don’t know what more I could have done.” Reagan replied “You could have said ‘yes.’”

With that the President was back in the limo and soon on Air Force One. Once back home, we quickly had him on the campaign trail again - but with a new problem.

The summit was being played in the press as a big time failure - Reagan’s failure. The headlines and media tales were just terrible. Too many people swallowed this liberal media line hook, line and sinker. And sure enough, the campaign to hold onto the GOP Senate was defeated in the fall elections.

In short, what just happened with the Trump walk-away in Hanoi reminds of all of this. But there was, as the late radio star Paul Harvey used to say, “the rest of the story.”

The rest of the story is that Reagan and Gorbachev and their respective teams kept at their negotiations, with three very big results. A little over a year later I watched Mikhail Gorbachev arrive at the South entrance to the White House to be greeted by President Reagan. The reason? Agreement had finally been reached. Again from the Reagan Vision:

Reagan had in fact set in motion two monumentally important arms treaties. And also something else. A historically unforgettable moment.

On December 26, 1991 - five years after that supposed “failed summit” at Reykjavik, the Soviet Union collapsed and dissolved. Tossed, as Reagan had once predicted years earlier, onto the “ash heap of history.”

So what are we seeing right this minute? 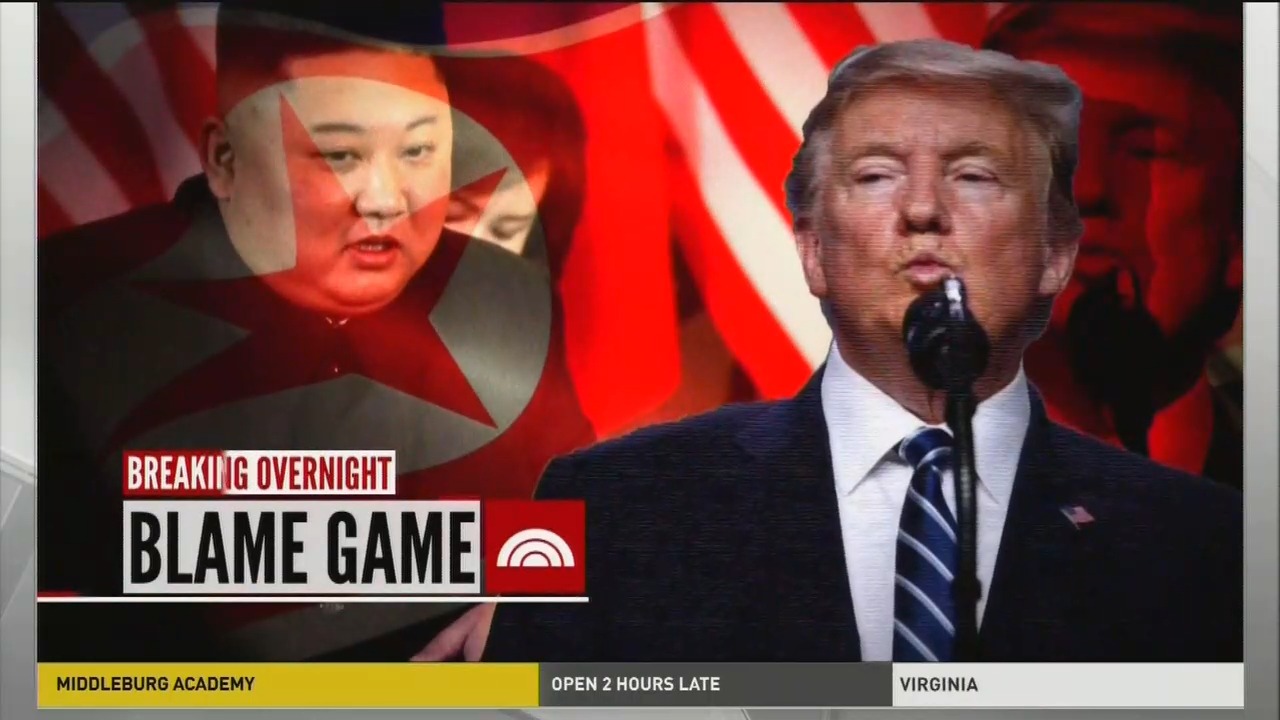 Trump, as with Reagan at Reykjavik, walked out of the North Korean summit when it became apparent there was nothing more to be said at that moment. But, as is also clear, the talks are continuing, just as Reagan kept them going after he walked out on Gorbachev.

But most relevant? Just as was true with Reagan in 1986 - when the liberal media was quick to jump on Reagan as having failed - now they are making exactly the same mistake with Trump and the North Korean summit.

In point of fact the liberal media of 1986 got the Reykjavik Summit wrong - big time. Today historians see that “failure” as a key to Reagan’s  triumph as he expressed his view of the Cold War - “we win, they lose.”

It is without doubt way too much to expect the liberal media of today to have learned the lesson from their behavior in 1986. The difference this time?

This time, one suspects, the American people will not be fooled by all those “Trump fails” stories. For the very big reason in today’s world, conservative media is on the scene. The very first interview that Trump did after walking out was to sit down on Fox News with Sean Hannity, an impossibility  for Reagan in 1986.

Memo to the liberal media? Be very careful about labeling what just happened in Hanoi  as “Trump’s failure.”   It  has every chance of becoming “Trump’s Reykjavik” - which is to say a success - and this time conservative media will be right here to provide both facts and context.