Company on Decision to Pull Ads from Beck TV Show: 'We Do Not Want to be Associated with Hateful Speech' 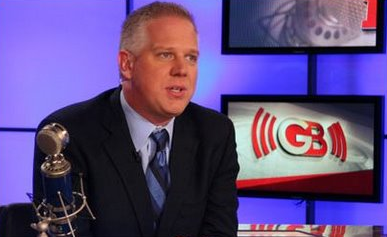 UPDATE: Sargento says Colors of Change did not influence company's decision (at bottom)

What constitutes "hateful speech?" It depends on the views of the individual, or in this case the advocacy group propagating the claim.

Earlier this week, Plymouth, Wisc.-based Sargento Food, Inc., along with several other companies, pulled their advertising from the Fox News Channel's "Glenn Beck" program, some at the behest of a campaign by Color of Change, an advocacy group.

"I can confirm that Sargento has instructed our media buyer to not buy advertising that would appear during the Glenn Beck Show," Gannon said in an e-mail to the Business & Media Institute on Aug. 14. "We market our products to people regardless of their political affiliations. As a business, we sometimes disagree with the administration's policies. Yet we do not want to be associated with hateful speech used by either liberal or conservative television hosts."

Sargento Foods is a privately held company and one of the largest cheese manufacturers in the United States. But it isn't the only advertiser that has decided to abandon Beck's show. Other companies including GEICO, Lawyers.com, Progressive Insurance, Procter & Gamble, and SC Johnson have decided to move their spots from Beck's program to other Fox News programming.

There have also been grassroots efforts started in support of Beck. Erick Erickson of RedState.com began a campaign targeting those advertisers in an anti-boycott movement.

"We need to strike back and boycott these groups for ditching Beck," Erickson wrote in a post dated Aug. 13. "If they are going to fold so easily in the face of Obama brownshirts, we must push back. If not, who'll be next?"

The group that has orchestrated the campaign to boycott Beck's show, Color of Change, was started by Obama's Green Jobs Czar, Van Jones, according to Matthew Vadum's report for the Aug. 12 American Spectator.

"The extremist racial grievance group [Color of Change] isn't happy that Beck did several news packages on Van Jones, President Obama's controversial green jobs czar who describes himself as a communist," Vadum wrote. "Jones is a founding board member of Color of Change, but Color of Change doesn't want you to know that. Maybe having an avowed America-hating radical on the group's board is bad public relations."

Liberal pundits have celebrated the successful tactics that have forced corporations to stop advertising on the Beck program. MSNBC "Countdown" host Keith Olbermann made a victory lap on his Aug. 14 program, calling Fox News "reactionary media."

"If you appear on reactionary media and call a president of the United States a racist, advertisers will still abandon you and they will abandon you faster than ever before," Olbermann said. "A cheese company, a popular clothiers, SC Johnson Wax, Procter and Gamble, Lawyers.com and two - possibly three insurance firms have now bailed out on Glenn Beck. Beware the snowball, lonesome roads."

Olbermann likened Beck to conservative radio hosts Rush Limbaugh and Michael Savage and CNN host Lou Dobbs, suggesting they could be part of the next campaign.

"The research into conservative radio listening habits, the more hate they hear, the longer they listen, the more money Limbaugh and Savage and Dobbs and Beck make - explaining their health - hate-for-hire stance on health care reform," Olbermann said. "Except, you can still go too far. How much trouble is Glenn Beck in after a seventh, possibly eighth major advertiser cancels its commercials on his programs?"

A representative from Fox News told the Business & Media Institute it stands by an earlier statement made by Bill Shine, SVP of Programming.

"During Fox & Friends this morning, Glenn Beck expressed a personal opinion which represented his own views, not those of the Fox News Channel," Shine said. "And as with all commentators in the cable news arena, he is given the freedom to express his opinions."

"I had never heard of the Color of Change organization until it was mentioned by a consumer who called us and claimed we were influenced by them, and I notice you have mentioned it as well.  This group did not contact Sargento and did not influence our decision."