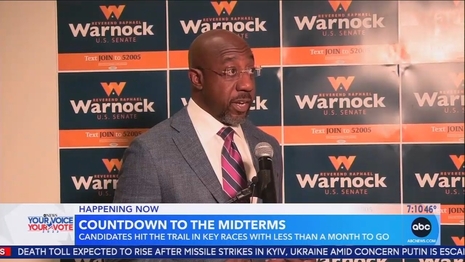 On Tuesday, Warnock’s ex-wife Oulèye Ndoye requested that a court compel the Georgia Senator to face questioning over child custody. Ndoye has also accused Warnock of failing to properly pay child care expenses. Despite the issue being brought up in the October 14 Walker-Warnock debate the evening newscasts mostly looked the other way. 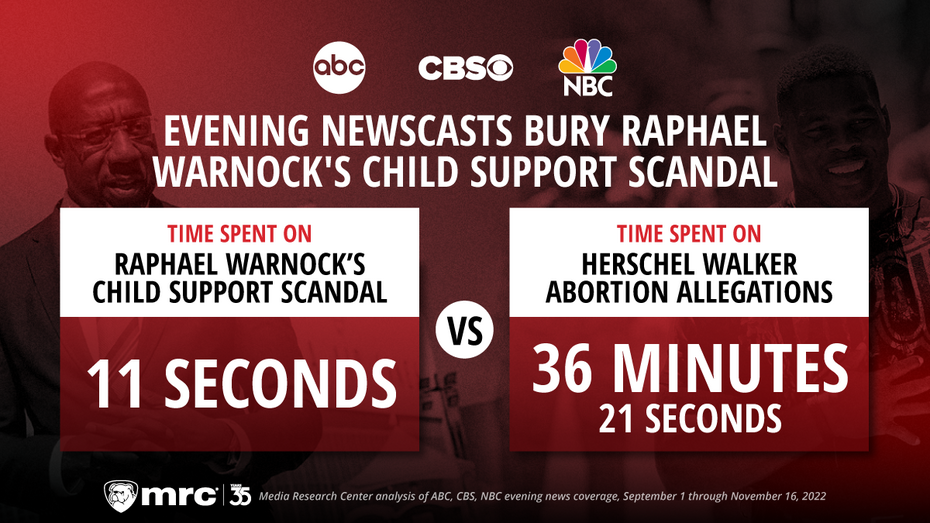 CORRESPONDENT ALEX PRESHA: Moderators questioning Warnock about allegations by his ex-wife that he doesn’t pay adequate child support. Warnock did not directly address the claim, but said this.

SENATOR RAPHAEL WARNOCK: My children know that I am with them and for them.

With the two Senate candidates headed for a run-off the evening newscasts have a new opportunity to actually cover Warnock’s family problems but judging on their past coverage, viewers shouldn’t hold their breath waiting for it.