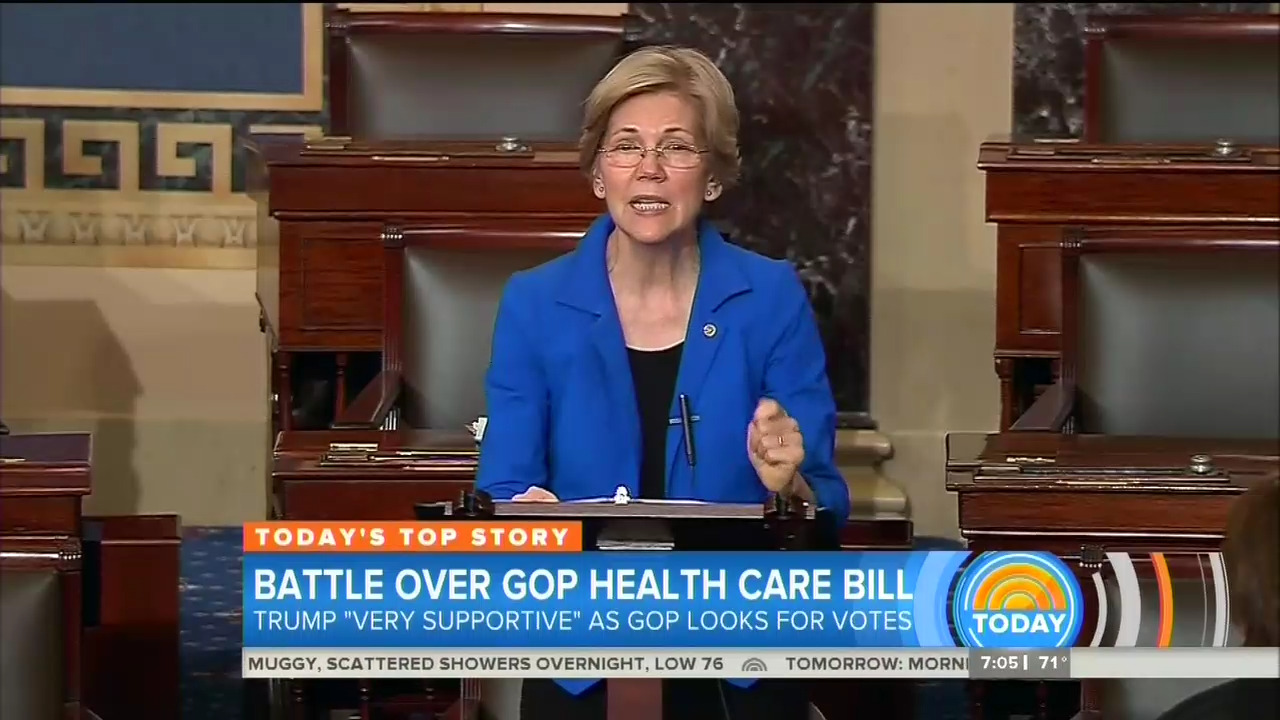 So much for those calls for civility in the wake of the shooting of Rep. Steve Scalise. On Thursday, Democratic Senator and progressive hero Elizabeth Warren disgustingly accused the Republicans of funding their health care bill with “blood money” and  “paying for tax cuts with American lives.”

Surely the Big Three (ABC, CBS, NBC) networks would condemn such language in this new era of civility right? Well not exactly.

So far there have been ZERO statements condemning Warren’s words on the Big Three evening or morning shows. In fact, neither ABC or CBS has yet to report on Warren’s remarks.

There has been a total of only 21 seconds devoted to Warren’s comments delivered from the well of the Senate and on the Massachusett’s senator’s Twitter account. On Thursday’s NBC Nightly News, correspondent Kasie Hunt ran a 14 second clip of Warren’s remarks, without any soundbites critical of the Senator.

Correspondent Peter Alexander devoted 7 seconds to the Warren comments on Friday’s Today show. Alexander did not air any challenges to Warren, but actually characterized her stance as “defiant”:

PETER ALEXANDER: On Capitol Hill more than 40 people, some in wheelchairs arrested and dragged from outside the office of the Senate Republican leader. Democrats, defiant.

It should be noted all three morning shows did cover actor Johnny Depp’s threats against President Donald Trump.

But in the wake of all the calls for civility, post-Alexandria shooting, shouldn’t a sitting senator’s attack on her fellow colleagues be taken as seriously as the rants of a past-their prime Hollywood actor?