With Republicans set to make another run at repealing and replacing ObamaCare this week, look for the Big Three networks (ABC, CBS, NBC) to blame conservatives, specifically, the House Freedom Caucus for any sort of obstruction to getting a deal done. In 30 days of health care debate coverage (March 7 through April 5), the broadcast networks consistently framed it as a fight between unreasonable conservatives versus more moderate Republicans and Senate Democrats by overwhelmingly applying ideological labels to one side of the argument.

MRC analysts reviewed all 141 stories on the Big Three (ABC, CBS, NBC) network evening and morning shows that mentioned the efforts of the House Freedom Caucus and their Senate counterparts during the ObamaCare repeal/replacement debate, and discovered that while congressional conservatives were overwhelmingly given ideological labels, those that opposed them were rarely, if ever, labeled by journalists. 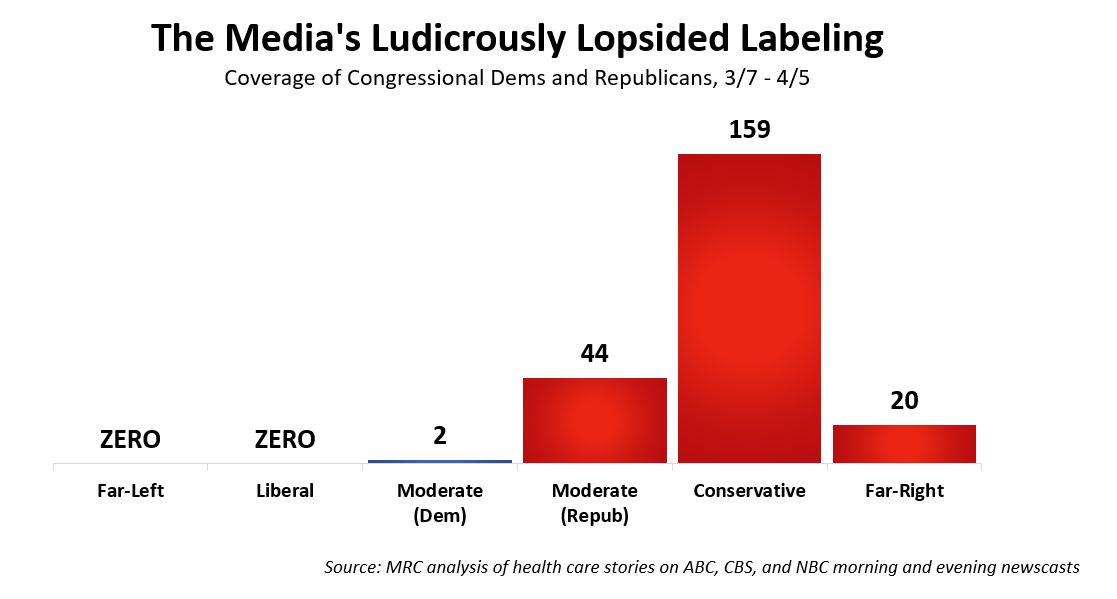 CBS provided the most coverage (54 stories) that mentioned House and Senate conservative efforts on the health care bill. NBC was next (49 stories) followed by ABC, which aired (38 stories) on its morning and evening newscasts during this period.

In these stories, MRC analysts documented how network reporters assigned a whopping 223 ideological labels to House and Senate Republicans — either to individual members of Congress, or factions like the House Freedom Caucus within the GOP.

Overwhelmingly, the networks used “conservative” tags to talk about Republicans. Fully 80 percent of these labels (179) talked about “conservatives” or those on the “right;” just 20 percent (44) referred to “moderate” Republicans.

Eleven percent of the labels (20) painted conservatives as extremists: “far right,” “hardline,” “very conservative” or “ultra-conservative.” Such deliberate labeling is designed to stigmatize conservatives, casting them as outside-of-the-mainstream ideologues, as compared to their (usually unlabeled) adversaries.

The networks usually depicted congressional conservatives as obstacles to be overcome. NBC Meet the Press host Chuck Todd, on the March 24 NBC Nightly News, not only blamed conservatives, he urged Donald Trump to work with the Democrats: “As we saw for the last six years watching Republicans control the House of 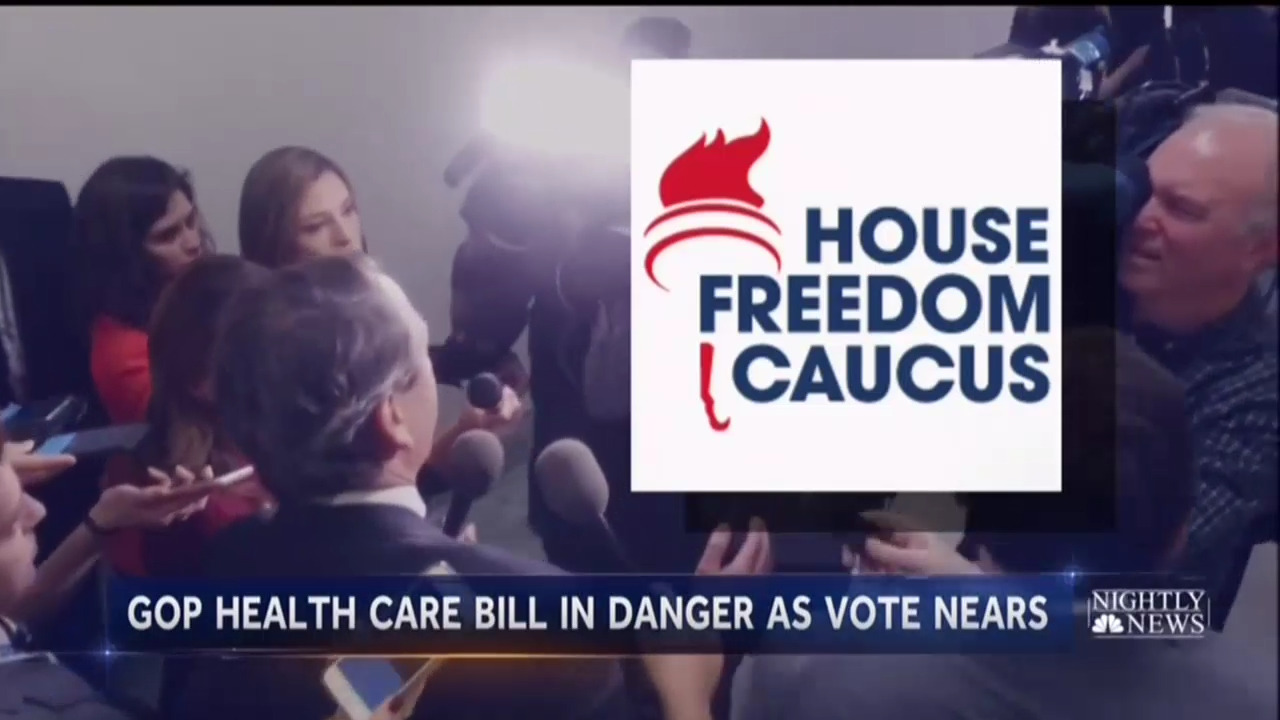 Representatives, their small-government, conservative wing, known as the Freedom Caucus right now, just isn’t going to budge on these things. And so Donald Trump is now realizing, if he’s going to be able to govern successfully, he needs Democrats.”

His colleague Kristen Welker, on the March 27 NBC Nightly News, charged “the conservative Freedom Caucus, defied the President, refusing to back the health care bill” and asked White House Press Secretary Sean Spicer: “Does the President still believe he can work with the Freedom Caucus on future pieces of legislation?...Has he written them off? Given what happened?”

Over on ABC, correspondent Jonathan Karl, on the March 24 World News Tonight, also recommended Trump abandon conservatives and work with Democrats: “What the President found here is that there are a block of hardline conservative Republicans in the House willing to defy him and, in doing so, able to stop his agenda in its tracks....Well, it seems to me, given this block of Republicans willing to defy him, he needs to find a way to work with Democrats to get stuff done in Congress.” Also on ABC, political analyst Kristen Soltis Anderson, on the March 18 Good Morning America painted conservatives as trouble-makers: “This freedom caucus group, they’re the ones that are almost always making the trouble for congressional leaders.”

CBS anchors and reporters were a little more restrained in their language depicting the House Freedom Caucus as obstacles, but Atlantic Senior Editor Ron Brownstein, on the March 25 CBS This Morning, blamed conservatives: “It is difficult to think of another President who suffered as big a legislative defeat this early in their presidency....The tactical problems were the Freedom Caucus and the – and the House Republic –  among the House Republicans were intransigent and not ready to govern.”