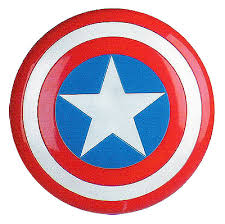 (This post has been UPDATED; see end of entry.)

It seems that even the most [what appears to be] level-headed of comics writers these days just can't resist the pressure to delve into the "progressive" political cesspool. This time it's Captain America scribe Ed Brubaker. Hunting Muses lays it out:

You know, the WW2 hero who died recently and just came back to life to fight a 20 ft tall Red Skull in front of the Lincoln memorial. I had heard a lot of good things from Ed Brubaker. I picked up some trades shortly before Cap’s death, read them, and then finished out Bru’s run because they were great. Right up there with Geoff John’s Green Lantern series as what I want from a comic.

Then Brubaker had to go and not only insult me, but violate the core of what Captain America is all about in issue 602 “Two Americas part 1″. Here are 3 consecutive pages from the comic to help you get a full context:

Savor the lines a moment:

Of course they’re all being led by an insane man according to the comic, and Captain America is there to stop them.

First of all, the very idea that the tea-party movement is “whites only” is not true (but then, how many black people are in Boise Idaho in the first place?). Second of all, let the full idea sink in: Captain America is going to fight an “anti-tax, anti-government” movement.

What’s next? Captain French is going to fight wine makers? Is Captain Britain going to beat up some… British stereotype? Hey, I remember an anti-tax, anti-government from around the late 1700s. They had some real rebels in there with names like Washington, Jefferson, Franklin, Hancock, etc etc. How about after this Cap beats up on today’s tea-party movement, he go back in time and beat up those protesters?

What’s even worse is seeing the reaction around the internet. Some people are cheering at the thought of Cap beating up “tea-baggers”.

I've written enough about this sort of nonsense over the years; it got to the point (along with the ridiculously pricey issues) where I asked myself "Why do I continue to support these guys?" I don't mind if occasionally a writer goes off on a storyline like this, better still if the writer at least tries to balance out their inherent liberalism put to paper. A lot of comics writers were lefties in the 70s and 80s; however, their biases were not nearly as overt as that of the current crop of authors. Steve Englehart's awesome "Secret Empire" series in Cap in the mid-70s was a not-so subtle analogy of Watergate. Yet even Steve didn't hit us over the head with a brick ... even though he could have (Richard Nixon was pretty much thoroughly disgraced on the left and the right). In the 80s Mark Gruenwald's superb "The Captain" storyline, which had Steve Rogers replaced as Captain America was decidedly leftist, yet again not brick-over-the-head so. John Walker, the new Cap, was a manic reactionary, but he certainly wasn't a racist (his partner, Battlestar, was black), and if anything he had an excuse for his mental state: Gruenwald had a right-wing extremist group murder his parents (ironically, the same one Brubaker is currently using as his "Tea Partiers").

All Brubaker is doing is echoing the same tired, old media elitists that continually denigrate and belittle folks like the tea partiers and those who elected Scott Brown in Massachusetts. "Racists." "Bigots." "Stupid." "Crazy." "Childish." Etc.

And y'know what, Ed? Keep it up and you and your company are gonna go the same route that Air America and MSNBC are following. Straight. Down. The. Toilet. And I'll keep spending my money elsewhere -- outlets that don't insult my intelligence or my beliefs, thank you very much.

UPDATE: Just read more about this "Two Americas" stuff and it's made me even more nauseous:

Where has the Captain America from the '50s been the past few months, and what part of our modern world has welcomed him? And what will Steve and Bucky do when an old enemy tries to become a revolutionary? TWO AMERICAS begins here!

If Brubaker means to have the Tea Partiers "welcome" the Cap of the 1950s, then, frankly, he is even more of a radical "progressive" loon than I had thought. In the 1970s, aforementioned Marvel scribe Steve Englehart decided to "explain" the story behind the Captain America that was seen in the 1950s. (You may be aware that in "standard" Marvel continuity, Cap was thrown into suspended animation at WW II's end and thawed in the mid 1960s.) Essentially, a guy had stumbled upon, while doing research, the formula by which Steve Rogers became Capt. America. He approached some government highers-up and proposed that the "super soldier" program be started anew. However, the formula that had been unearthed isn't the perfected version that was used on Rogers. Tests showed that it caused the subject to slowly go insane. Nevertheless, our researcher befriended a new "Bucky" (the name of Cap's original partner) and both decided to use the [unperfected] formula on themselves. They then briefly go about "resuming" the roles of Capt. America and Bucky for a time. In issues #153-156, we see that the new crime fighters personify anything but America's ideals, not to mention those of the original Cap. They're basically Joe McCarthy on steroids, with a mix of J. Edgar Hoover thrown in for good measure (remember -- they're slowly going "insane"). The real Cap's then-partner, the Falcon (who's black), not to mention the black population in general, are called various racial epithets by the crazed duo, but eventually the real Cap and Falcon defeat the reactionaries. They're put into suspended animation, and eventually [re]surface later -- the fake Cap as the Grand Director, the leader of a Neo-Nazi movement.

Associating a few characters that possess some of the worst attributes imaginable with the contemporary Tea Party movement is just plain disgusting, period. Brubaker isn't even original as he's basically rehashing an old storyline done by former Cap scribe Mark Gruenwald (may he RIP) in the 1980s, even using the name of the group "Watchdogs" to "represent" the Tea Partiers, that "right-wing extremist group" noted previously above.

Gag me with a spatula. I'll just reiterate what I said in my last paragraph before the update.

UPDATE 2 (Feb. 10 at 11:00am EST): Fox News.com is reporting that any future references to "tea baggers" in the book's title will be removed:

A "tea bag" reference in a recent Captain America comic book that has angered the Tea Party movement will be removed by Marvel Comics in future editions, the story's writer told FoxNews.com.

Ed Brubaker, who wrote the story, told FoxNews.com he did not write the "Tea Bag The Libs Before They Tea Bag YOU!" sign shown in the edition, insisting that the words were added by someone in "lettering or production" just before being shipped to the printer. It will be changed in subsequent editions, he said.

"I don't know who did it, probably someone who thought it was funny," Brubaker wrote in an e-mail. "I didn't think so, personally. That's the sign being changed to something more generic for the trade reprint, because I and my editor were both shocked to see it."

Personally, I doubt that, else why didn't Brubaker and Marvel apologize to -- or at least inform -- the Tea Party of the "mistake" (and let them know that no further references would be made) ... when they first noticed the "letterer's addition"?