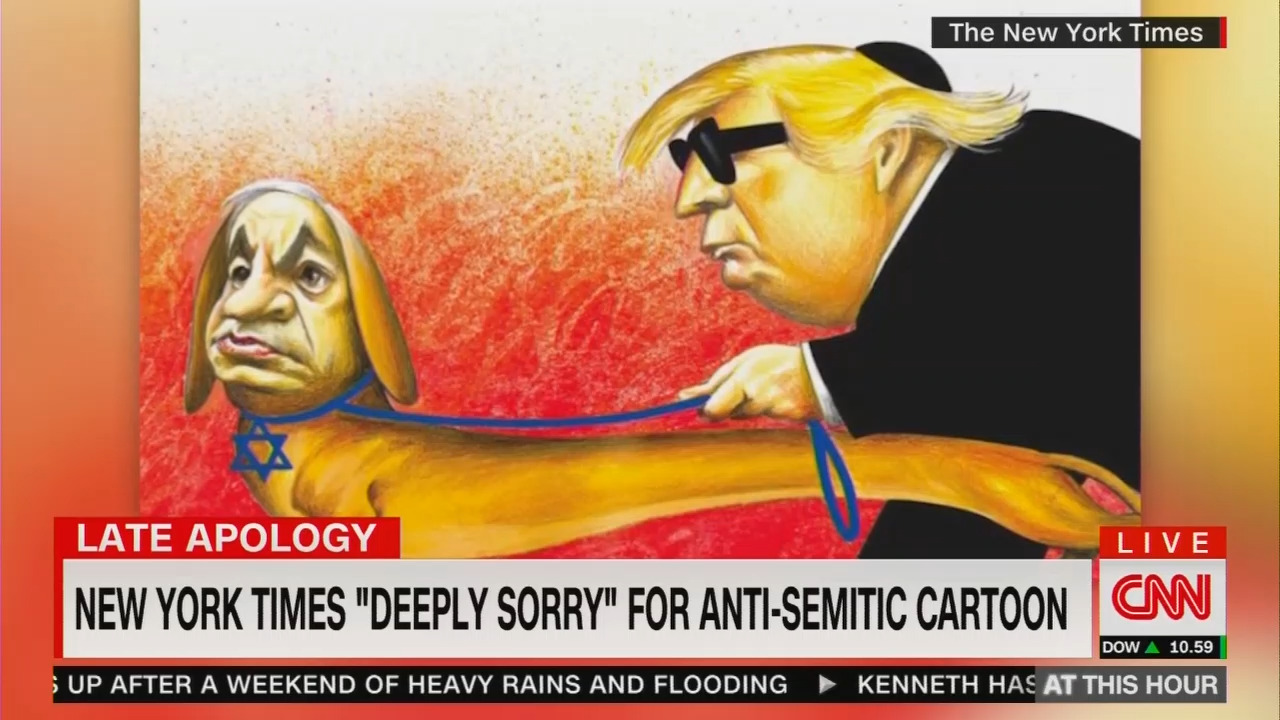 And of course, this was despite the fact that all ten newscasts since Saturday night led with the deadly shooting at the Chabad of Poway synagogue allegedly at the hands of a teen with an anti-Semitic manifesto. This horrifying story left leeway to also mention The Times, but they declined.

To show how even more ridiculous this blackout was, CNN dedicated 12 minutes and 13 seconds on the cartoon through 12:00 p.m. Eastern on Monday (which did not include Sunday’s State of the Union rerun at noon Eastern) while MSNBC spent 61 seconds.

In their first statement, The Times admitted that the cartoon “included anti-Semitic tropes, depicting the prime minister of Israel as a guide dog with a Star of David collar leading the president of the United States, shown wearing a skullcap.”

“The image was offensive, and it was an error in judgment to publish it. It was provided by The New York Times New Service and Syndicate, which has since deleted it,” the paper added. As many on social media from across the political spectrum would point out, it didn’t include any sort of an apology.

Over 24 hours after that statement, The Times ushered out another one (click “expand”):

We are deeply sorry for the publication of an anti-Semitic political cartoon last Thursday in the print edition of The New York Times that circulates outside of the United States, and we are committed to making sure nothing like this happens again. Such imagery is always dangerous, and at a time when anti-Semitism is on the rise worldwide, it’s all the more unacceptable. We have investigated how this happened and learned that, because of faulty process, a single editor working without adequate oversight downloaded the syndicated cartoon and made the decision to include it on the Opinion page. The matter remains under review, and we are evaluating our internal processes and training. We anticipate significant changes.

As Dan Senor tweeted, The Times might not be done having some explaining to do because, in the paper’s Saturday/Sunday international edition, a political cartoon featured a tunic-wearing Netanyahu donning sunglasses while holding in one hand a gravestone emblazoned with Israel flag and a selfie stick in the other. 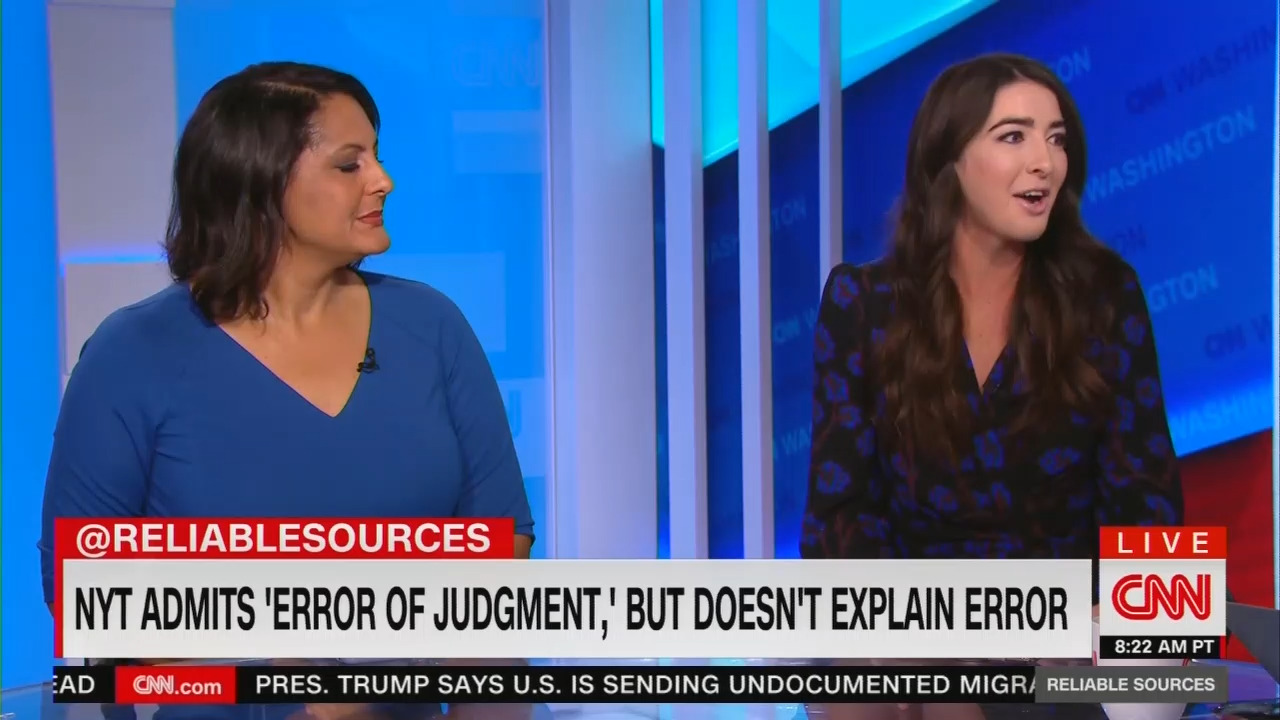 n response to that, The Daily Wire’s Ryan Saavedra quipped on Twitter: “When did The New York Times start allowing Ilhan Omar to run their newspaper?”

As alluded to above, at least CNN gave this ugly depiction more than a few news briefs. Minutes into State of the Union, host Jake Tapper noted that the cartoon “could just have easily appeared in ISIS or neo-Nazi propaganda containing, as the newspaper later acknowledged, anti-Semitic tropes.”

It should not get in a defensive crouch. It should release a statement and say, with very granular detail, this is how we allowed this — this despicable cartoon to run in our paper....And it’s not enough. You know, we're talking about normalizing hate speech. The New York Times only aids in that when it publishes cartoons in that and gives this meek, silly, little, you know, statement of regret about it.

But wait, there’s more! When former Times journalist and liberal media janitor Brian Stelter isn’t defending you, you might be in trouble. Here he was on Monday’s At This Hour (click “expand”):

KATE BOLDUAN: Brian, first off, The New York Times put the blame on one editor of the opinion section for — to make the decision for publishing this. At first, they did not apologize. Backlash set in. They apologized then yesterday. How did this happen in the first place, though?

STELTER: And that's where they still have not explained. Look, The New York Times is a great paper. I used to work there, but this is inexcusable. This was something straight out of Nazi propaganda and the idea that the editor there, even some obscure editor in some far flung office would see this and think it's appropriate is shocking, and I'm glad there’s been this level of concern and condemnation all the way from the President on down around the world because The Times needs to be held accountable on this.