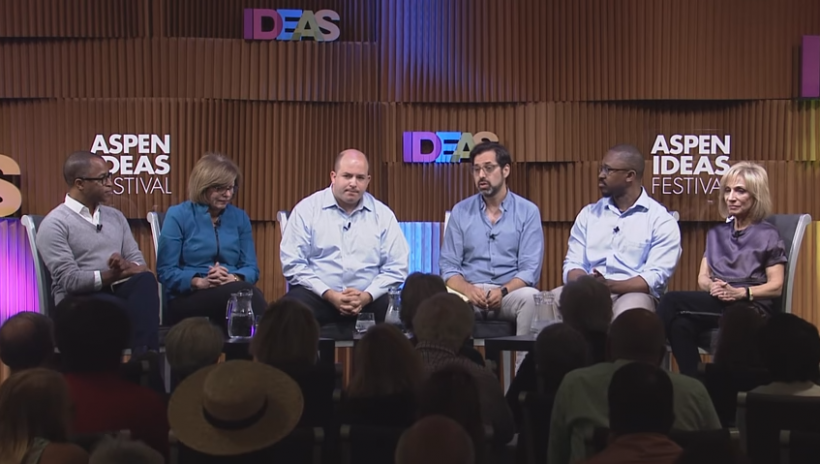 1. Let’s Mention Media Criticism in the Same Breath as Journalists Being Jailed, Killed

One of the more insidious ploys employed by some liberals has been the decision to mention outside media criticism (like the Website you’re currently visiting) in the same breath as actions and threats of physical harm against journalists.

Folkenflik did that near the start of the panel, simultaneously mentioning condemnations of the press to “the journalist who was just assassinated in the Philippines” and “the threats to journalists working in Turkey” or “what the Putin regime does in Russia.”

“These are live threats, and real ones. Yet we have a time where journalists are being rhetorically attacked on a seemingly frequent basis,” he added.

Capehart followed up by callously suggesting that Trump calling out the liberal media will lead to a future where journalists will be assassinated and it’ll be met with shrugs:

But when the President of the United States goes after journalism, goes after journalists, goes after individual either networks or individual reporters, it's worrisome...The President sets the example for other leaders in other countries, so if the President of the United States can say that “journalists are the enemy of the people,” then there's — they're like: “Hey. Fake news. Journalists are the enemy of the people. Oh, a journalist gets assassinated? No big deal. No need to worry about freedom of information, or even the rule of law.” So that's why, even though his tweets can be unhinged and sometimes laughable — sometimes, you just have to laugh to keep from crying. But when it comes to attacking the press, we have to take that seriously.