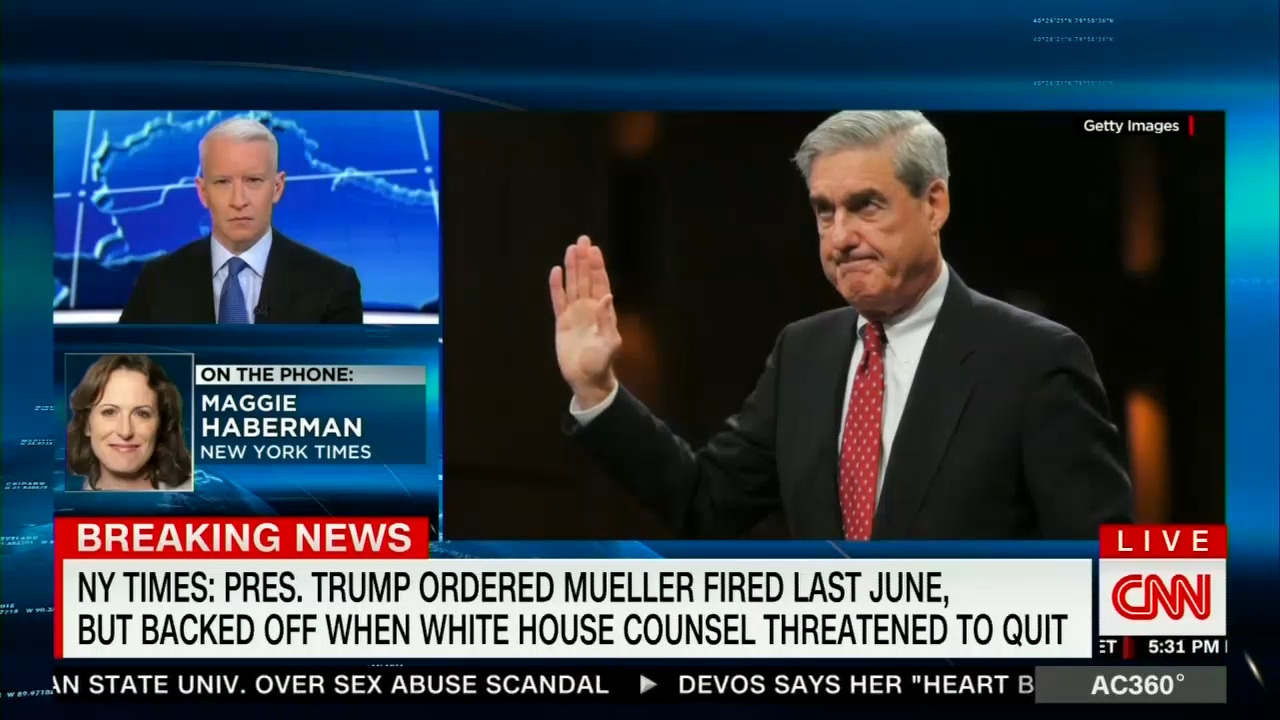 Early Thursday night, the White House released the parameters of the immigration plan being sent to Congress, which included legalizing 1.8 million illegal immigrants in exchange for $25 billion toward a Mexican border wall and other security measures.

It should be noted that this olive-branch to Democrats came just days after they orchestrated government shutdown to demand that Republicans and the White House address the issue. To further embarrass CNN, two of the major broadcast network newscasts (ABC’s World News Tonight and the CBS Evening News) led with the outline to solve the DREAMer issue.

Now that the Trump administration had outmaneuvered the left on offering to legalize almost two million illegal immigrants, CNN seized on a shocking New York Times story about President Trump ordering Robert Mueller to be fired in June to deflect discussion on immigration.

The Times story broke during Anderson Cooper 360 in the 8:00 p.m. Eastern hour, so the time spent on the Trump and FBI scandals sucked out any oxygen for immigration. AC360 worked in two minutes and 49 seconds for the White House plan, but that paled in comparison to the 41 minutes and 25 seconds spent on the scandals.

Cuomo PrimeTime was even worse, as the show committed almost its entire duration (50 minutes and five seconds of airtime, excluding intros and teasers) to the Times piece. Former White House communications director Anthony Scaramucci kept it from being a shutout as he forced in one minute and 35 seconds on the President’s Davos visit during a hostile duel with the pompous Chris Cuomo. 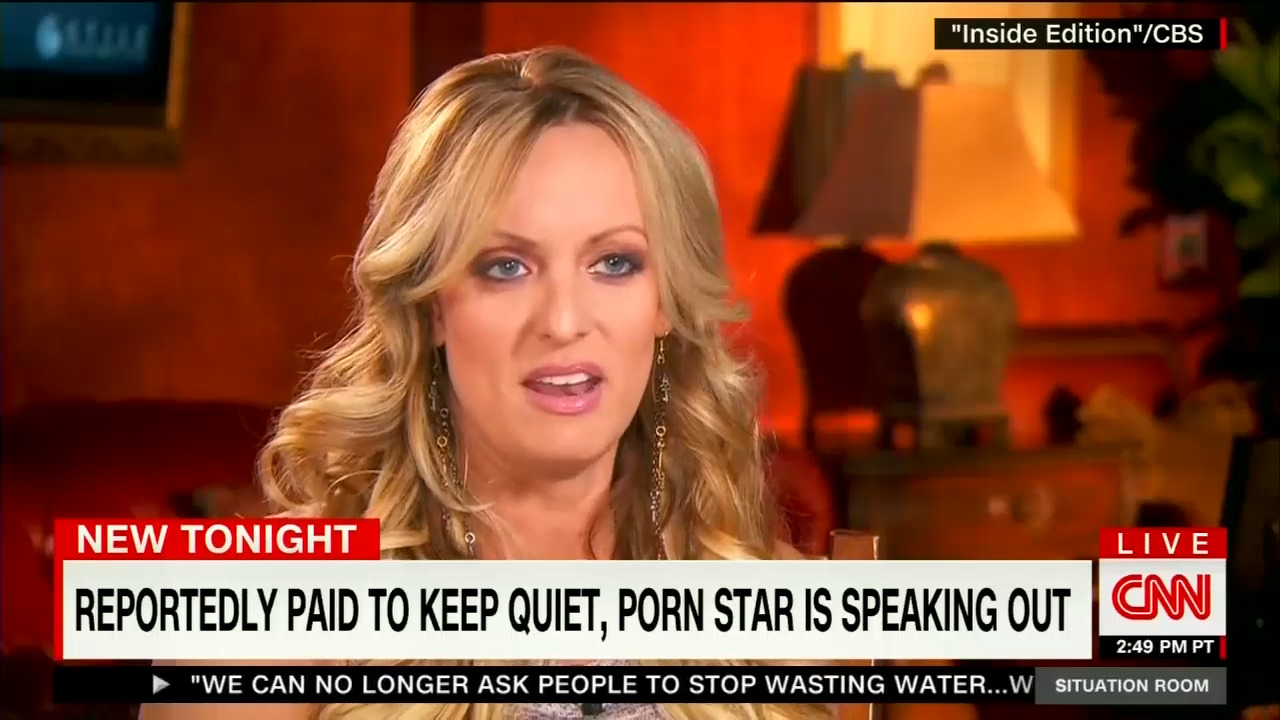 Even before the story by Maggie Haberman and Michael Schmidt broke, the totals were already lopsided in favor of the Trump scandals. The two-hour-long The Situation Room spent just under one hour and five minutes on the Russia probe, the Strzok-Page storyline, and Stormy Daniels versus five minutes and nine seconds on immigration.

Erin Burnett OutFront spent the most time on immigration to the tune of eight minutes, but that still was not even half the time awarded to the Russia investigation, attacking Republican questions about the FBI, and Daniels (20 minutes and 28 seconds).

Thursday marked the start of Trump’s visit to the global elitist gathering in Davos, Switzerland where he’d speak on Friday, but the four CNN shows combined for only six minutes and 57 seconds on the President’s overseas trip.

Burnett spent five minutes and two seconds of her eponymous show interviewing Democratic Senator Tammy Duckworth (Ill.) two days after she announced that she was pregnant with her second child. The retired Army Lieutenant Colonel will make history as the first Senator to give birth while in office.

To round-out the other topics, Burnett’s show ended (as it often does) with a head-scratching and short segment (two minutes and 12 second) from correspondent Jeanie Moos. Thursday’s topic? How President Trump saying “thank you” to the media as they leave press availabilities is actually a back-handed insult.

How does that slogan go? Oh, that’s right. This is CNN.