“These are the consequences of sanitizing white supremacists who seek to be rebranded as part of American ‘right.’ They are peddling hatred,” Acosta complained in his first tweet.

Acosta made no attempt to look at his own employer or the rest of the news media in the mirror for the amount of free publicity they’ve given neo-Nazis over the last few years, but that would require a level-headed kind of analysis that he lacks.

Even though Acosta wasn’t going to be pleased with whatever the President said, he offered this take beforehand: 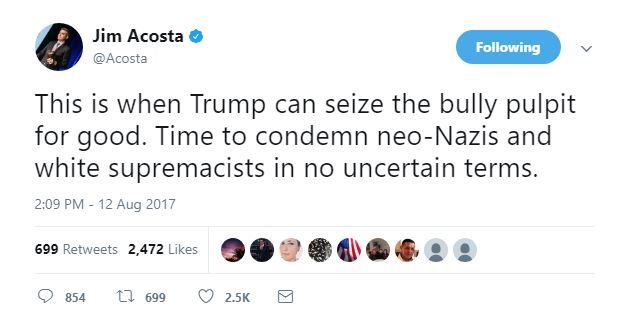 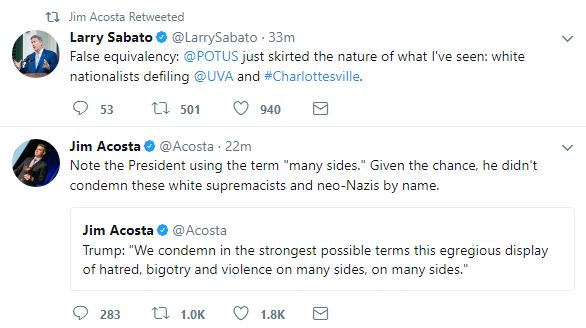 Acosta seemed to ignore the fact that almost 63 million people voted for Donald Trump and unless he wants to condemn them as white supremacists, he’s not interested in unifying the country.