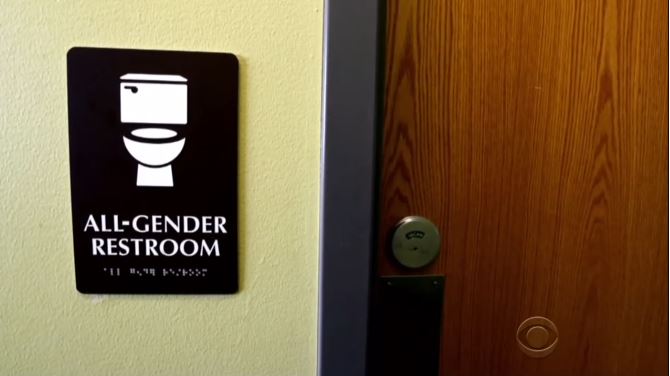 Washington Post local columnist Petula Dvorak appears to have made it an firm habit of continually updating the life of a transgender child named Tyler for at least four years so she naturally returned to the child and his family on Tuesday to denounce the “hateful” and “mostly stupid” debate over transgender bathroom laws that they claim wasn’t started by the LGBT community.

Lacking any bit of self-awareness, Dvorak and Tyler’s family repeatedly argued that there’s much more significant issues for the country to be debating and working to solve than caring about where people use what bathroom.

Now nine years old (hence the "Trangender at 9" title), Dvorak lamented that Tyler “can’t fathom the transgender bathroom debate” and with the child’s suggestions of focusing on “world pollution” or hunger, he opined that “it’s mostly stupid to care about where I go to the bathroom.”

Reminding readers that she’s been writing about the child and their family for years (along with how Tyler decided they would be a boy instead of a girl at age two), Dvorak touted the fear of Tyler’s mother that the medical file she carried to show her child has “gender dysphoria” to use the boy’s restroom could no longer “protect them in some states” like North Carolina.

“Still, the world has become far more accepting of Tyler in the four years since he announced his new gender to his Sunday School class. There have been hundreds of articles, news segments, magazine covers and even television shows about transgender people,” she gushed.

Joking that going to the boy’s room is “no biggie,” Dvorak proudly revealed that Tyler’s parents have a talk with him to ask whether they would be interested in changing back to identifying as a girl:

The bathroom? It’s no biggie. Tyler has been using the boys’ bathroom and the boys’ locker room for years and simply uses a stall, like any shy kid would.

Every year, his parents sit him down for The Talk.

“Are you sure everything is okay? You’re happy? We switched once, we can switch back if you’re uncomfortable,” they say.

Tyler rolls his eyes. “What are you talking about?” he asks them. “I’m a boy.”

Dvorak brought this latest far-left diatribe to a close with some fawning praise for Attorney General Loretta Lynch suing North Carolina over their bathroom law and then astutely proved the point of social conservatives in lamenting that the debate’s happening to begin with (when it would be their side who’s actually invited it):

“I’m sort of glad this debate is happening now, when he’s still at home, and I can protect him a little more,” Jean said. “And in some ways, it’s helped us. Intelligent people who were on the fence about this probably came over to our side because this law seems so ridiculous and hateful.”

Listen to Tyler, people. There are more important issues this election season than debating which bathroom he should use.