Trevor Noah on CMP Indictment: ‘I Love This Country! This Is the Best Thing Ever!’

Adding himself to the mix of liberal comedians expressing their approval with the indictment of two Center for Medical Progress (CMP) pro-life activists, Daily Show host Trevor Noah giggled and cheered his way through a segment on Wednesday’s show by leading the audience in “U-S-A” chants and gushing that “I love this country” and “[t]his is the best thing ever.”

Since a Texas grand jury indicted on Monday the videomakers instead of Planned Parenthood in the baby parts video scandal, late night comedians Larry Wilmore and Seth Meyers preceded Noah’s vile cheerleading in being unable to contain their excitement over this act of “justice” and hurl sexist attacks on Carly Fiorina.

Noah returned from a commercial break to cite a few of his favorite movies and how he loves the ones “where you think the bad guys are going to win and then the last second the good guys turn it around.”

Upon playing three CNN news clips on the indictment, a grinning Noah screamed that “I love this” as the liberal audience joined in a slew of “U-S-A” chants. The ratings-starved Daily Show host remarked that “[t]his is the best thing ever” and made a bizarre analogy comparing the pro-lifers to failed bank robbers:

So, a group of anti-abortion activists set out to make it look like Planned Parenthood was doing something illegal and not only was Planned Parenthood vindicated, but the people who made the videos got indicted. That’s like a bank robber going into a bank to rob it and then five minutes later, he comes running out just in his underwear and he’s like, “I don’t know what happened! They took everything, they took everything.”

Following an aside about how great grand juries are (when they don’t involve police officers), Noah turned his fire to the Republican presidential candidates who railed against the videos and specifically Carly Fiorina by joking that her well-known declaration in the second GOP debate on this issue was instead her “describing her method of firing people from HP.”

More news clips detailing the indictment came and went that resulting in Noah gushing that “[t]his is so fantastic” and it was “disgusting” that the undercover activists “used a fake ID to try and buy baby parts” but were, in the end being “so busted.”

What’s notable for Noah’s young, leftist audience to consider (which Noah failed to explain) is the legitimate argument that the CMP indictment could set up a dangerous precedent for other undercover activists like environmentalist and animal rights proponents and even journalists.

As my colleague Mike Ciandella reported on Wednesday afternoon, the CBS Evening News and correspondent Jan Crawford dedicated an entire segment to this matter on Tuesday. In fact, Noah used part of Crawford’s story in his disgusting pep rally for Planned Parenthood and of course, this main focus of her piece didn’t make into Noah’s segment.

The relevant portions of the transcript from Comedy Central’s The Daily Show with Trevor Noah on January 27 can be found below. 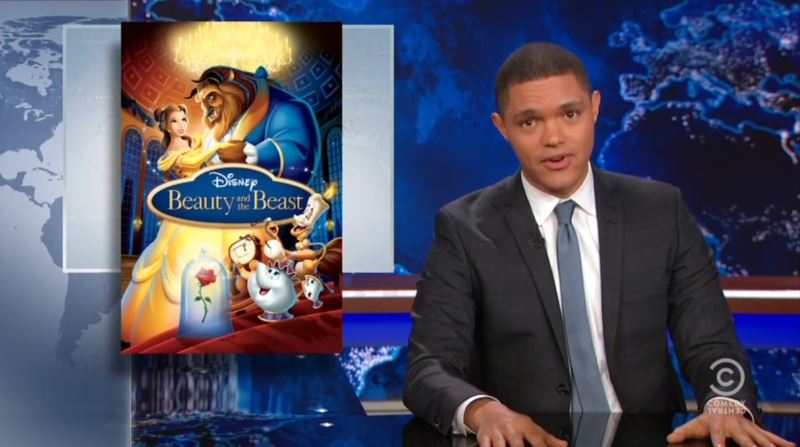 TREVOR NOAH: My favorite movies are those with a twist. You know, The Usual Suspects, Sixth Sense, Beauty and the Beast. Oh no, no, yeah, yes it seems like a movie about acceptance but the message is accept people for how they look cause they might actually turn out to be very hot. For me, the best movies are where you think the bad guys are going to win and then the last second the good guys turn it around. You know, basically old movies. Sometimes just sometimes life imitates art.

CNN’s CAROL COSTELLO [on CNN Newsroom with Carol Costello, 01/26/16]: A Texas grand jury has cleared the clinic of illegally selling fetal tissue as the undercover activists had claimed. Instead, the grand jury indicted the filmakers themselves. 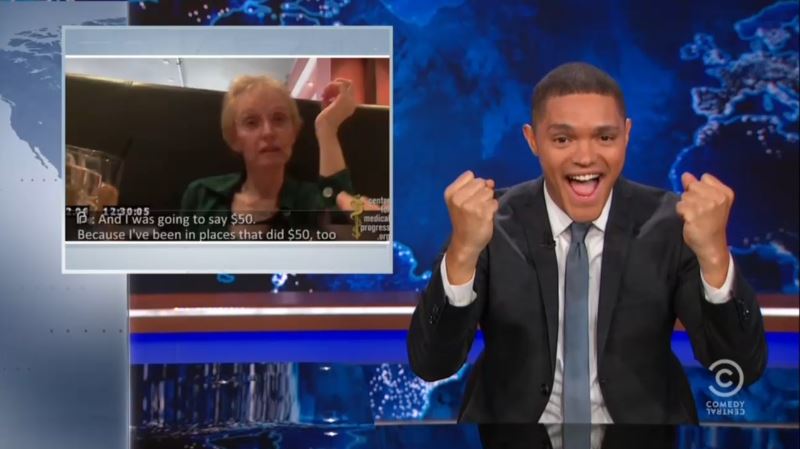 NOAH: I love this country. This is the best thing ever. So, a group of anti-abortion activists set out to make it look like Planned Parenthood was doing something illegal and not only was Planned Parenthood vindicated, but the people who made the videos got indicted. That’s like a bank robber going into a bank to rob it and then five minutes later, he comes running out just in his underwear and he’s like, “I don’t know what happened! They took everything, they took everything.” [CHEERS AND APPLAUSE] Do you know how not guilty you have to be for a grand jury to send your accuser to trial. [LAUGHTER] Grand juries only listen to the prosecutor there. There’s no defense. In fact, prosecutors have so much control they often say they could get a grand jury to indict a ham sandwich. That's a common phrase. Indict a ham sandwich. They can, unless the ham sandwich is a cop and then, that's a different story. Well, to be fair, if the sandwich has to shoot the black guy was about to eat him. [APPLAUSE] But like, it's still crazy to me because how the hell did we get here? You know, because there was a time when Planned Parenthood crimes were such a slam dunk that Republican candidates were betting their entire campaigns on it.

CARLY FIORINA [at CNN’s Republican Presidential Debate, 09/16/15]: A fully formed fetus on the table, its heart beating , its legs kicking while someone says we have to keep it alive to harvest it's brain.

NOAH: Oh, I'm sorry, people. I'm sorry that last clip was the wrong one. That's actually Carly Fiorina describing her method of firing people from HP. I'm so sorry. Sorry about that mixup, my bad, my bad. Now, if you can keep up with the story, what happened was a group of anti-abortion activists masquerading as buyers for a fake biotech company and they used hidden cameras to try and get Planned Parenthood to admit to selling fetus tissues for profit. Alright? No shocking part is even those videos got nominated over Straight Out of Compton for the Oscars. [CHEERS AND APPLAUSE] But — but the point is it looked like Planned Parenthood was screwed. Especially last August, officials in Texas convened a grand jury to investigate them this and this is the part where it gets really fun. You see, they had a Republican governor who’s Republican lieutenant governor called for a Republican-appointed D.A. to probe the Republican favorite targets and all of this was set in a Republican state. Simply put, the fix was in, or so they thought. 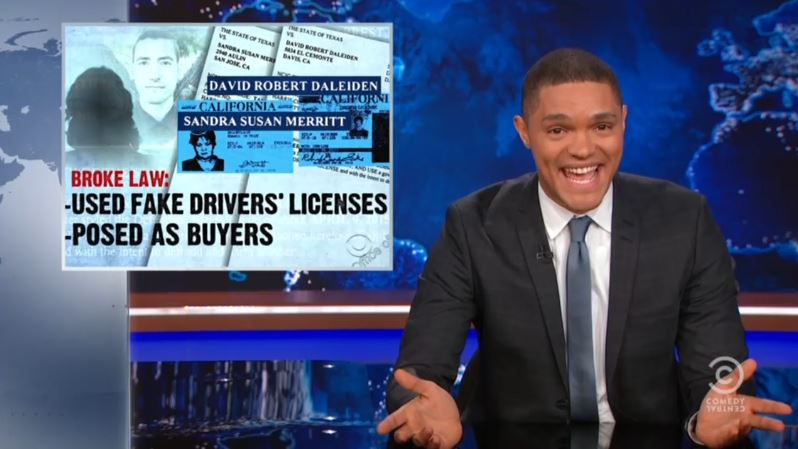 CBS’s JAN CRAWFORD [on the CBS Evening News with Scott Pelley, 01/26/16]: The surprise indictment by a Texas grand jury said the undercover activists, Sandra Merritt and David Daleiden, broke the law when they allegedly used fake California driver's licenses and posed as buyers of fetal parts.

NOAH: This is so fantastic. These guys are so busted and also, you used a fake ID to try and buy baby parts. That's the most disgusting thing you can buy with a fake ID — well, other than Smirnoff Ice, but I mean, that is the most disgu — I mean, now, as always with a controversial case, there’s bound to be some haters.