After opining that reading into any poll results of possible general election match-ups is “just too soon,” Begala set off on his bizarre analogy by first claiming that the 2016 Republican candidates uttered her name “40 plus times...in a debate about the economy” compared to “the phrase middle class eight” times.

The former staffer for a President who became infamous for engaging in an affair with a White House intern then exclaimed that it had occurred to him what the real “obsession” of the GOP candidates was:

Of course, Begala made this analogy without considering the fact that there is a woman in the field in Carly Fiorina.

The relevant portion of the transcript from CNN’s Anderson Cooper 360 on November 11 can be found below.

ANDERSON COOPER: So, Paul, we haven't heard from you since last night's debate. When you hear those hypothetical match-ups that John King lays out, do you worry about any of the numbers you see? 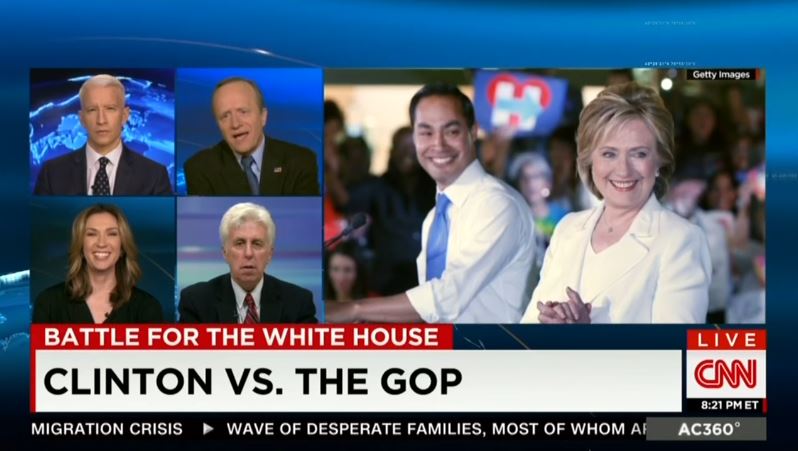 PAUL BEGALA: No, it's just too soon. It is. I mean, what that polling shows is that Dr. Carson would be the formidable candidates against Secretary Clinton, maybe so and I don't mean disrespect. He's an impressive man. He's really doing remarkably well among Republicans now. I tend to be a skeptic that he's actually going to be able to defeat Hillary but if he’s beating her in the polls now, so be it. This is just so, so early. We actually have to get on the track and run it. I was struck last night, part of that was a package we had, but Hillary’s campaign put out a video. 40 plus times they named her last night in a debate about the economy. They talked about Hillary over 40 times. By the way, only used the phrase middle class eight, so I think we know what their obsession is. It’s kind of creepy. I mean, in a stalker sort of way, but I don’t know. Maybe it's affectionate. I don’t know. Maybe they’re like junior high schoolboys that just can't stop talking about her.