On Wednesday afternoon, the Clinton Foundation group Clinton Health Access Initiative (CHAI) admitted that it had made “minor errors” in its tax returns with the Internal Revenue Service (IRS) in both 2012 and 2013 and thus added another layer to the Clinton Foundation scandal. When it came to major broadcast networks covering this on Wednesday night, however, ABC’s World News Tonight and NBC Nightly News both ignored the new revelation.

While ABC and NBC were on the sidelines, the CBS Evening News made the decision that it was pertinent enough to share with viewers in the form of a 21-second news brief.

Anchor Scott Pelley explained that “one of the Clinton family charities said today it will file amended tax returns for 2012 and '13” with CHAI stating “that there were minor errors.”

Pelley closed by mentioning that this came just after Republicans “call[ed] for an IRS audit to see if all contributions from foreign governments were reported.”

Despite previous assurances that they had filed accurately, CHAI made this announcement months after a Reuters story initially reported on this decision (which they tried to refute to Politico on Wednesday):

A widely-publicized Reuters report in April said the organization, which focuses on HIV/AIDS treatment and vaccination programs, planned to refile its annual tax returns known as Forms 990 after acknowledging errors in the reporting of government grants. The organization also acknowledged that it did not submit several new contributions from foreign countries for a State Department ethics review as a conflict-of-interest agreement signed when Hillary Clinton became secretary of state in 2009 appeared to require.

However, POLITICO reported Monday that, although the Clinton Foundation spinoff did not publicly dispute the Reuters report for the past six months, the organization had concluded that no refiling was necessary and had never committed to refile its returns.

“Contrary to what was reported, CHAI has consistently stated that they would conduct a review process to determine whether the transposition errors required a refiling,” Daley said Monday. “After conducting the review, the transpositional errors made had no material impact, and we do not believe a refiling is required.”

Reuters stood by the accuracy of its report, noting that Daley said in a March email that the group was “working diligently to make the necessary amendments to the returns.”

The transcript of the brief from the CBS Evening News with Scott Pelley on November 4 can be found below. 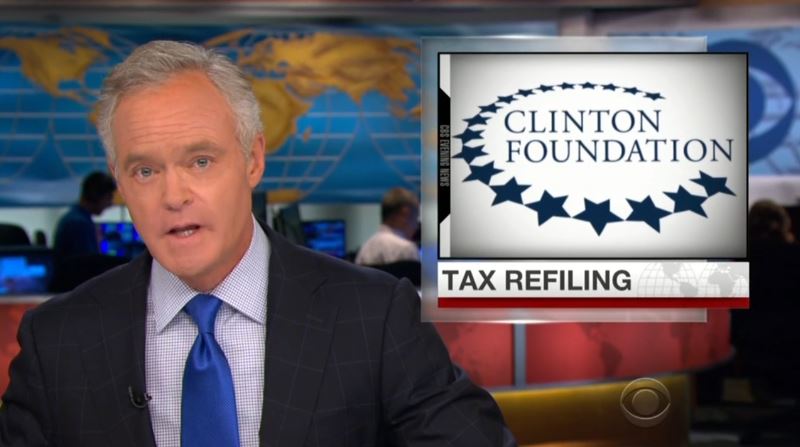 SCOTT PELLEY: Speaking of money and politicians, one of the Clinton family charities said today it will file amended tax returns for 2012 and '13. The Clinton Health Access Initiative said that there were minor errors. Republicans are calling for an IRS audit to see if all contributions from foreign governments were reported.