It’s a pattern of bias: Whenever Democrats find themselves on the defensive politically over a divisive issue (transgender rights, mask mandates, school shutdowns, even inflation), the New York Times can be relied upon to ride to the party’s defense by flipping the issue, making the Republican Party seem like the unfair aggressor for pointing out and criticizing the controversial Democratic stance. 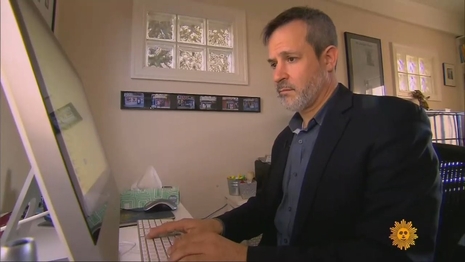 Political reporter Jonathan Weisman complained about the GOP “weaponizing” in an analysis of campaign issues and Democratic prospects for the November elections Friday: “Vulnerable Democrats, Seeking Distance From the Left, Offer a Midterm Agenda.”

At least he applied the word “divisive” to the left:

A cluster of House Democrats from conservative-leaning districts is circulating a reworked legislative agenda for the coming election season that would embrace some of President Biden’s most popular initiatives and tackle rising prices while distancing lawmakers from the left’s most divisive ideas.

But he knew which party was really to blame for the Democrats’ unpopular ideas.

The plan, obtained by The New York Times, seeks to inoculate the most vulnerable Democrats from the culture wars pursued by Republicans trying to win back the congressional majority. Its existence underscores how successful Republicans have been at weaponizing issues like pandemic-related school closures and “defund the police” efforts against Democrats in politically competitive districts.

Reporters don't play chicken-and-the-egg games on this. Which party aggressively pushed school closures and defunding the police? Democrats never start "culture wars" or "weaponize" anything if you only read the Times.

The next day, Weisman repeated this tactic of whining about the conservatives for criticizing controversial Democratic proposals. This time, conservatives were “stoking” fear.

In South Texas, another test is developing over the power of identity politics and whether liberals can answer the fears that conservatives are stoking about “open borders,” “critical race theory” and rising crime. ….

As if crime isn't rising, and the borders aren't open? No one's advocating teaching CRT in Texas?

Then consider the Times coverage of the Conservative Political Action Conference in Orlando hit the same themes. Reid Epstein and Astead Herndon’s Monday piece made the pattern clear right from the headline: “CPAC Focuses on Culture Grievances and Trump.”

…the focus was on cultural grievances, former President Donald J. Trump and the widespread sense of victimization that have replaced traditional conservative issues.

“Traditional conservative issues,” which the Times also loathe, incidentally. Apparently, spreading a "widespread sense of victimization" is something Democrats never do? Or are they mad because they think the Republicans are stealing their tactics? 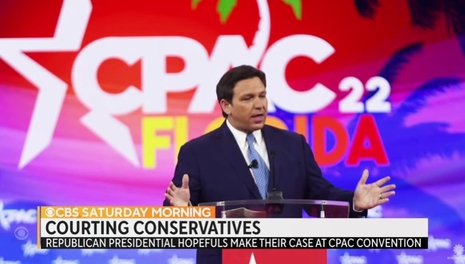 Placing cultural aggrievement at the centerpiece of their midterm campaigns comes as Republicans find themselves split on a host of issues that have typically united the party.

In lieu of a united policy, Republicans are hoping that a grab bag of grievances will motivate voters who are dissatisfied with Mr. Biden’s administration. At CPAC, Republicans argued that they were the real victims of Mr. Biden’s America, citing rising inflation, undocumented immigration at the Mexican border and liberal institutions pushing racial diversity in hiring and education.

So inflation and immigration are just Republican “grievances”? They're not serious, persistent problems?