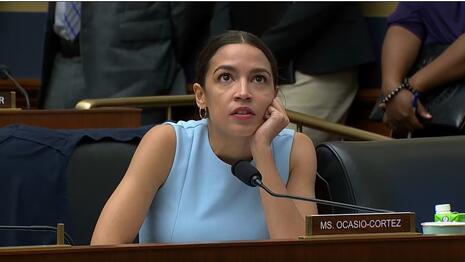 As Representative Elise Stefanik of New York watched then-candidate Donald J. Trump take her party by storm and win the Republican presidential nomination in 2016, she was so skeptical of his inflammatory style and hard-right positions that she refused -- even when pressed -- to say his name.

But on Friday, minutes after she was elected to her party’s No. 3 House post as part of a Republican leadership purge that targeted a leading critic of Mr. Trump, the former president’s was one of the first names she uttered.

In an interview with a local radio station in 2015, she trumpeted her work with a group of moderate Republicans, who she said were “more of the governing caucus within the Republican Party,” and landed a thinly veiled jab at the ultraconservative members of the House Freedom Caucus without naming them, suggesting that they had not used “the most appropriate tenor” and had provoked “internal squabbling.”

By contrast, uses of the word “ultraliberal” applied to U.S. politics in the Times are few and far between.

Her performance also won over some of the ultraconservative members she had earlier disdained. Representative Lee Zeldin, a New York Republican who served with Ms. Stefanik as an impeachment defender, recalled in an interview how she had carefully prepared her questioning behind the scenes, and praised how she had calibrated her fierce tone to the proceedings.

Capitalizing on the newfound swell of support from conservatives and the backing of a number of prominent freshmen congresswomen whom she helped elect, Ms. Stefanik turned her attention to bolstering her credentials with some hard-right members who were still skeptical of her.

She went on a hard-right media blitz, echoing Mr. Trump’s election allegations by referring to “unprecedented, unconstitutional overreach” by election officials in 2020....

Compare the extremist-style labeling of Republicans above to the twaddle that passed for Saturday’s lead National story. Shane Goldmacher reported breathlessly on left-wing darling Rep. Alexandria Ocasio-Cortez’s…. campaign logo: “A Bronx Upstart. A Logo With a Tilt. Now It’s Everywhere. -- A Slope and a Palette Reshaping Political Branding.” The best Goldmacher could do was let her fans admire her “activist, progressive spirit.”

Elsewhere, Nicholas Fandos flattered the violent lefties of Antifa as “antifascist” in a story on Democrats attempting to mount an inquiry into the events of January 6:

But it was not clear whether G.O.P. leaders, who have insisted any such inquiry study Black Lives Matter and antifa, a loose collective of antifascist activists, would go along with the deal.