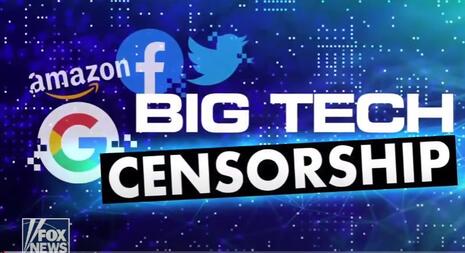 The internet “hall monitors” at the New York Times are back patrolling the nation’s political discourse.

On Friday’s front page, reporter Reggie Ugwu prodded Big Tech to clamp down: “On Google Podcasts, Unfiltered Streams of Hate -- Lax Moderation Even as Other Platforms Tighten the Reins.”

Ugwu led off with his strongest card, an unnamed, awful-sounding podcaster, a man who claimed the 21-year-old shooter in the Atlanta massage-parlor killing was "the casualty of a supposed Jewish plot." This unnamed genius added "Your heart goes out to the guy."

The remarks, emblematic of a longstanding online network of white supremacists and pro-Nazi groups, weren’t hidden in some dark corner of the internet, but could be found on Google Podcasts, the search giant’s official podcast app that was released for Android in 2018 and expanded to Apple devices last year.

But then Ugwu tried to leverage that garbage to squelch a wider range of opinions unapproved by the increasingly left-wing Times.

As leading social networks like Facebook and Twitter have taken some steps to limit hate speech, misinformation and incitements to violence in recent months, podcasts -- historically fueled by a spirit of good-natured anarchy -- stand as one of the last remaining platforms for the de-platformed.

After Twitter last November suspended the account of Steve Bannon, the onetime adviser to former President Donald J. Trump, for suggesting that several officials be beheaded, he continued to enjoy large audiences with his podcast, available on both Apple and Google’s services.

That overblown Bannon controversy involved the former Trump advisor engaging in political hyperbole to suggest FBI Director Christopher Wray and government infectious diseases expert Anthony Fauci had been disloyal to Trump. It was a reference to the treason trial of Thomas More in the time of Henry XIII.

Ugwu turned to Jessica Fjeld of the leftist Berkman Klein Center for Internet and Society at Harvard, who complained Google was taking a "hardline" posture and "compared Google Podcasts’ positioning to that of Parler, the largely unregulated social network that was a hotbed for disinformation and extremist groups before the largest tech companies turned away from it." She wants Google to constrain content for "safety and respect."

Ugwu is only the latest Times journalist to become hot on censorship (or “content moderation”) a strange spot for a journalist and presumed advocate of free expression.

In the early days, content moderation in podcasting was virtually nonexistent….But  not all of those voices, part of a chorus of more than one million podcasts in existence today, were virtuous. And with more popularity -- 80 million Americans listened to a podcast at least once a week in 2020, according to Edison Research -- came more scrutiny.

Now imagine if all this scrutiny came back around on the Times and its fraudulent "Caliphate" series of podcasts with a fake member of ISIS. That, of course, goes unmentioned in this story. "Lax moderation" was certainly their sin!

Ugwu quoted no conservative opposed to the "aggressive moderation" of Big Tech, but there was a debate of sorts.

But Ugwu worried that "the insular, self-selecting nature of podcast communities creates its own challenges."

Michael Edison Hayden, a senior investigative reporter with the Southern Poverty Law Center, said that podcasts were a “fundamental building block” of the deadly “Unite the Right” rally in Charlottesville, Va., in 2017, helping organizers who had been banned from more mainstream platforms cultivate a national following.

“Podcasts were instrumental in radicalizing and galvanizing that movement,” he said.

The Times is still unwilling to examine whether the SPLC is a corrupt organization whose "hate group" evidence can be very questionable. It might even be..."misinforming" people.