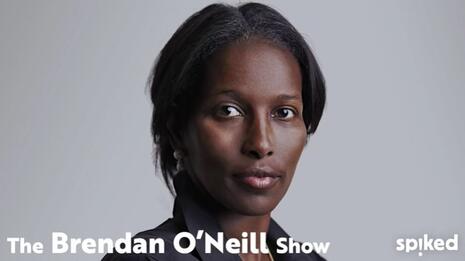 One would think that outspoken atheist Ayaan Hirsi Ali, a feminist critic of religion, would earn the approval of the liberal New York Times. But since it’s the Islamic religion that she abandoned, the Times (and the left in general) has treated Hirsi Ali with cool neutrality at best and open hostility at worst.

The worst was on display in the paper's Sunday Book Review. Journalist Jill Filipovic’s review of Hirsi Ali’s new book Prey -- Immigration, Islam, and the Erosion of Women’s Rights appeared under the provocative title “Is Islam Misogynistic?” But the true target of the review was not misogynistic religion but the author herself, whom Filipovic attacked on personal terms.

Hirsi Ali, a victim of FGM and forced marriage and who relies on security against death threats from Islamic radicals, has been a target for opportunistic liberal groups like the Southern Poverty Law Center and now is once again being attacked by the New York Times. 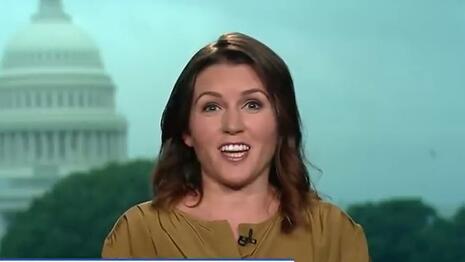 Filipovic is a fierce abortion promoter who demanded that women “divorce your Republican husbands” during the Brett Kavanaugh hearings. But her knee-jerk feminism mutated into something like sympathy for religious fundamentalism, at least when the religion under debate is something other than conservative Christianity.

There are few women in the world who generate as much animosity, and as many accusations of hypocrisy, as Ayaan Hirsi Ali. She denounces Islam for its absolutism and intolerance, and then vilifies the religion of more than one billion people as a “nihilistic cult of death.” Her own history perhaps makes her antagonism understandable -- she was forced into genital mutilation as a child in Somalia, fled to the Netherlands to escape an arranged marriage and, as an adult, has seen her life threatened by Muslim extremists so many times and with such credibility that she travels with security. But she herself rejects that framing as sexist and presumptuous.

She calls herself an “infidel,” while many Muslims say she’s just an Islamophobe. She was put on a Qaeda hit list and called an anti-Muslim “extremist” by the Southern Poverty Law Center. She praises Western liberalism at the same time as she suggests that Islam is so incompatible with it that Western democracies need to consider suspending their core values in the service of self-preservation. She’s an asylee who calls for an end to asylum as we know it.

Her latest project only amplifies these incongruities. Prey: Immigration, Islam, and the Erosion of Women’s Rights argues that immigration from majority-Muslim countries imperils the hard-won rights of European women. Muslim men, who are by Hirsi Ali’s telling accustomed to gender-segregated societies in which female modesty is mandated and women are harassed out of public life, arrived in Europe in droves during the previous decade’s migration crisis, bringing old orthodoxies -- and violent enforcement of them -- to their new Northern homes....

Those are certainly laudable goals for a feminist movement, which is precisely why you may be wondering: Isn’t that what feminists have been doing this whole time?

It could also be said to be cut through with bigotry. Hirsi Ali seems to latch onto the trope of men of color threatening virtuous white women, a particular kind of fearmongering with a long and ugly history….

"I do not expect anything but hostile reviews from the @NYTimes. But @JillFilipovic's review makes a number of completely false insinuations about the book, essentially accusing me of reviving racist stereotypes about sexual violence and "the other.""

Douglas Murray, writing at the Spectator (U.K.), summarized: “Throughout her review, Filipovic seems intent on using Hirsi Ali’s personal story against her.”