Meacham, NY Times Get Religion: ‘Jesus May Be the Best Hope Against an Amoral President’ 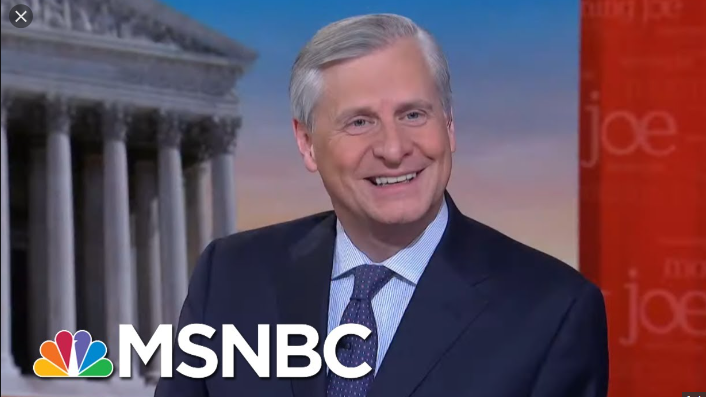 The New York Times on Ash Wednesday displayed more sudden respect for religion, at least of the left-wing variety, in an opinion piece by veteran journalist, presidential historian, and former editor-in-chief of Newsweek Jon Meacham, “Jesus May Be the Best Hope Against an Amoral President.” The text box: “Religious history can inspire activists in the Trump resistance.”

Maggie Chiang’s accompanying graphic even included an unironic image of a cross, which you don’t see every day in a paper more likely to express fear of Christian faith.

Meacham, who has just published The Hope of Glory: Reflections on the Last Words of Jesus from the Cross, at least delivers a historically accurate rendition of what Christians believe (unlike some Times writers, who delight in redefining it).

The Christian season of Lent, a time of repentance and reflection, is upon us. The weeks that begin with Ash Wednesday culminate in Holy Week, a commemoration of the Passover feast in roughly the year A.D. 33, during which Jesus triumphantly entered Jerusalem, was condemned and crucified by the Roman authorities, and -- in the Christian understanding of the world -- rose from the dead.

Then Meacham used religion as a cudgel to bash Trump, sympathetic evangelicals, and Fox News.

Given the state of the nation two millenniums on, it is difficult to conceive of something more counterintuitive than the Christian ideal. For many Americans, especially non-Christians, the thought that Christian morality is a useful guide to much of anything these days is risible, particularly since so many evangelicals have thrown in their lot with a relentlessly solipsistic American president who bullies, boasts and sneers. The political hero of the Christian right of 2020 has used the National Prayer Breakfast to mock the New Testament injunction to love one’s enemies, and it’s clear that leading conservative Christian voices are putting the Supreme Court ahead of the Sermon on the Mount.

And yet history suggests that religiously inspired activism may hold the best hope for those in resistance to the prevailing Trumpian order.

I’ve come to this view in publishing a small book of reflections on the last sayings of Jesus from the cross -- a devotional exercise, to be sure, but one that’s brought to mind the motive force of a Christian message based not on Fox News but on what those first-century words meant then and can mean now....

Everyone understands that Christianity is broader than the GOP or Fox News. But Meacham's not allowing the idea that Christian conservatives might be able to support someone who doesn't uphold all their ideals -- like feminists voting for Bill Clinton. He concluded:

People of faith are called -- again and again and again -- to return to the foot of the cross. It’s a terrifying place to stand. But that is where the story Christians profess begins. It is a story about love, not loathing; generosity, not greed. In our time, the will to power has all too often overwhelmed the words of Jesus -- and that is why we must hear and heed those words anew.