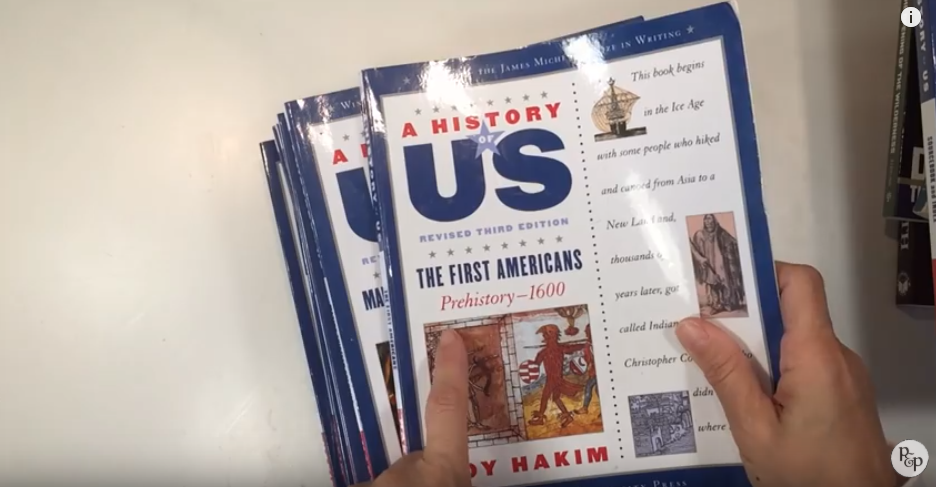 Big news on the...textbook front? The front page of Monday’s New York Times was dominated by the results of education reporter Dana Goldstein’s examination of differences between history textbooks approved for California students, and those given to students in Texas: “Two States. Eight Textbooks. Two American Stories.”

Goldstein included annotated excerpts of the textbooks arranged side by side. It’s an interesting project, but some liberal subjectivity creeps into the article itself.

Hundreds of differences -- some subtle, others extensive -- emerged in a New York Times analysis of eight commonly used American history textbooks in California and Texas, two of the nation’s largest markets.

Conservatives have fought for schools to promote patriotism, highlight the influence of Christianity and celebrate the founding fathers. In a September speech, President Trump warned against a “radical left” that wants to “erase American history, crush religious liberty, indoctrinate our students with left-wing ideology.”

The left has pushed for students to encounter history more from the ground up than from the top down, with a focus on the experiences of marginalized groups such as enslaved people, women and Native Americans.

She shared her colleagues’ obsession with “gender,” the more radically obscure the better. Two examples:

California states that the federal government failed to recognize nonbinary gender identities and female leaders in its early relations with Native Americans.

Texas does not mention gender roles or gender identity in its discussion of efforts to “Americanize” Native Americans.

This paragraph was unintentionally revealing of the paper’s Bernie Sanders-style economics bias and obsession with “income inequality”:

California’s curriculum materials, by contrast, sometimes read like a brief from a Bernie Sanders rally. “The yawning gap between the haves and have-nots and what is to be done about it is one of the great questions of this time,” says the state’s 2016 social studies framework.

The punch line? The Times itself has printed virtually identical sentences by their own news reporters.

The yawning gap between the haves and the have-nots -- and the political questions that gap has raised about the plight of the middle class -- has given rise to anti-Wall Street sentiment and animated the presidential campaign.

Sound familiar? (Actually, the California quote may be more neutral than the Times' quote.)

A Times news headline from that same year: “At Davos a Big Issue Is the Have-Lots vs. the Have-Nots.” A 2015 story on Cuba’s feeble free-market moves inspired this pathetic lead sentence by Randal Archibold:

As Cuba opens the door wider to private enterprise, the gap between the haves and have-nots, and between whites and blacks, that the revolution sought to diminish is growing more evident.

There you have it, right from the source: New York Times economics reporting is indistinguishable from a Bernie Sanders rally.