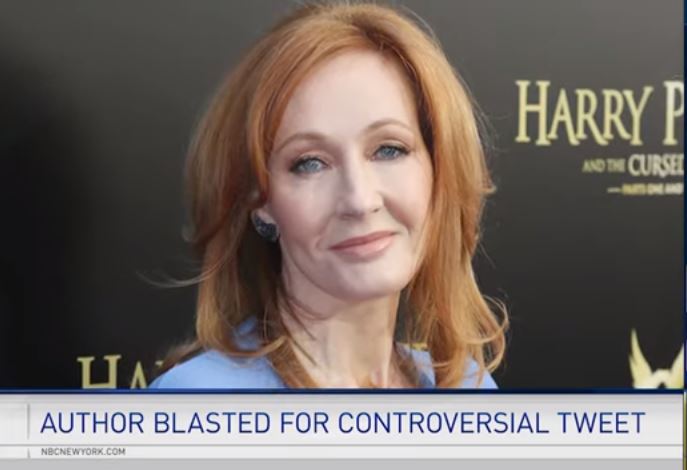 No one was being “anti-transgender.” The researcher and Rowling were merely affirming there are in fact two sexes.

Stack’s reporting is notoriously snarky and slanted, even in the context of the Times, and his take on Rowling’s bow to basic biology aligned with her Twitter attackers. He put Rowling on defensive in the lead:

J.K. Rowling, the creator of the “Harry Potter” series, was criticized by gay and transgender rights groups on Thursday after she expressed support for a British researcher whose views on transgender people were described by a court as “not worthy of respect in a democratic society.”

The researcher, Maya Forstater, lost her job last year at a think tank in London and filed a lawsuit earlier this year alleging discrimination based on what she called her “gender critical” views, which she has expressed often on Twitter. Among them is the belief, which Ms. Forstater tweeted on Wednesday, that “it is impossible to change sex.”

An employment tribunal in London ruled against her on Wednesday, saying her views were “not a philosophical belief protected” by British law but were instead “incompatible with human dignity and fundamental rights of others.”

The judge’s thinking may produce a chilling effect on speech in the U.K., but journalist Stack didn’t mind.

“Dress however you please,” Ms. Rowling wrote on Twitter, where she has more than 14 million followers. “Call yourself whatever you like. Sleep with any consenting adult who’ll have you. Live your best life in peace and security. But force women out of their jobs for stating that sex is real? #IStandWithMaya #ThisIsNotADrill.”

Ms. Forstater’s case was widely reported in Britain but became an international news story because of Ms. Rowling’s tweet -- and because of the backlash to it, which was powered in part by longstanding suspicion among some L.G.B.T. advocates that the author held negative views of transgender people.

Stack concluded with Alphonso David, the president of the Human Rights Campaign:

“J.K. Rowling says she’s opposed to fundamentalism in any form, but she’s promoting a harmful fundamentalism that endangers the L.G.B.T.Q. community -- particularly transgender youth,” Mr. David said in a statement. “She should apologize.”

No opposing views made it into Stack’s piece. Counterarguments involving biological reality and the ongoing smears of TERFs, “trans-exclusionary radical feminists” were ignored. No hint of the chilling effect on expression the ruling signified. Ironic, given the paper using concern over free speech to attack President Trump for strengthening projection of Jewish students.

Stack aksi joined 2018’s hysteria over official non-recognition of transgenders as a class by the Trump administration, writing of the proposal: “It could also legally negate their very existence.”