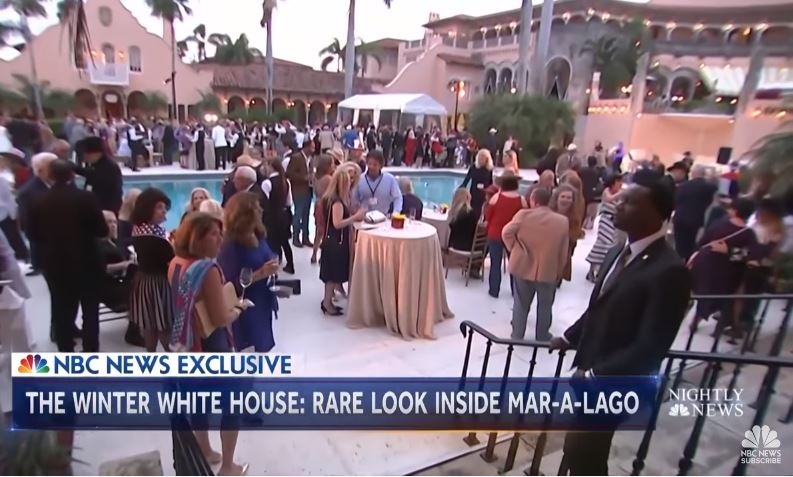 The New York Times is again trying to police the boundaries of allowable debate in Saturday’s edition, with a supposed controversy over a scheduled meeting at President Trump’s Mar-a-Lago resort by a group reviled by the Left for its documentation of the threat of radical Islam: “Mar-a-Lago Again Under Fire for Hosting Group That Promoted Islamophobia -- It is the second time in two weeks that the Palm Beach club is facing demands that it cancel an event by a group that has promoted anti-Muslim views.”

Why is having "anti-Muslim views" beyond the pale? The New York Times isn't this way with the "anti-Catholic" or the "anti-evangelical Christian" views. The Satanic Temple is covered....with whimsey.

In making a case against the Center for Security Policy -- and indirectly, ACT for America -- Times reporter Mihir Zaveri used not one but two discredited pressure groups: the Council on American-Islamic Relations (CAIR), the Islamic pressure group which the U.S. Senate has tied to terrorism, and the Southern Poverty Law Center (SPLC), the fundraising mill targeting gullible liberals, which had the gall to place brave Muslim apostate Ayaan Hirsi Ali on its “hate list” and lost a related lawsuit throwing when it put another critic of radical Islam, Maajid Nawaz, on the list.

For the second time in two weeks, the Trump Organization faced calls to cancel a planned event at Mar-a-Lago, President Trump’s private club in Palm Beach, Fla., because the event was being organized by a group that has espoused anti-Muslim views.

The group, the Center for Security Policy, is holding a private event at Mar-a-Lago on Nov. 23, according to Fred Fleitz, the group’s president and chief executive. The center has been designated as a hate group with anti-Muslim ideology by the Southern Poverty Law Center.

The Council on American-Islamic Relations, a civil rights organization also known as CAIR, called on Thursday for the Trump Organization to cancel the event. This month, the annual gala for an anti-Muslim organization, ACT for America, which was slated to be held at Mar-a-Lago in November, was canceled after news reports appeared about that event....

On Thursday, Mr. Fleitz of the Center for Security Policy defended his organization, a think tank based in Washington that is focused on national security. He said that the criticisms lodged by the Council on American-Islamic Relations were based on statements made by the center’s founder and former president, Frank Gaffney. Mr. Fleitz took over the center in January, but Mr. Gaffney remains its executive chairman, which Mr. Fleitz said was “like an emeritus role.”

He allowed Fleitz to defend his organization and undermine the notion that this all simply described as "anti-Muslim."

Mr. Fleitz added, “I think I’ve been very careful in trying to be respectful to everybody, no matter what their religion or race or ethnicity is.”

“Muslim-Americans are an important part of our society, of the fabric of our society,” he said. “They are doctors and lawyers, friends and neighbors. I don’t want to see anyone discriminated against based on race, or religion or gender.”

Zaveri went after the founder and now-former president of the Center for Security Policy, Frank Gaffney.

Mr. Gaffney has promoted theories that the Muslim Brotherhood is infiltrating mosques and the American government, engaging in a “stealth jihad” to “Islamize” the country -- views that he stood by when reached by telephone on Thursday evening.

The Times has previously reduced Gaffney’s history of anti-terrorism policy work (long hated by the liberal media) to insulting Muslims. It has also gone after ACT for America in scurrilous fashion.