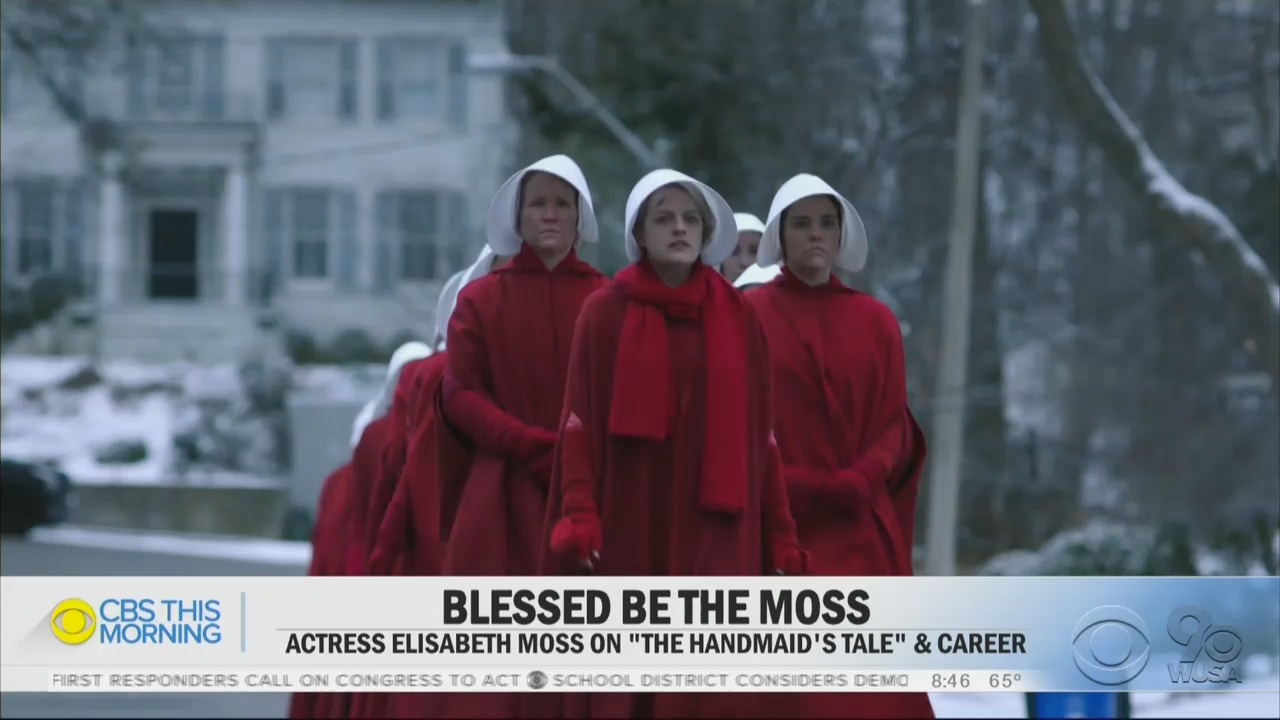 New York Times columnist Michelle Goldberg latest Trump-fearing packet of fury was promoted with a comic-book image that took up the entire front page of the Sunday Review: “The Changing Face Of Dystopia -- In the sequel to The Handmaid’s Tale, the truth saves. If only that still worked in real life.” (Which sounds like a bit of a "spoiler," but hey, there's a president to resist!)

The actual column appeared inside, under the headline “Margaret Atwood’s Dystopia, and Ours.” Goldberg unashamedly conflated fiction and reality and saw the usual ominous parallels between Atwood’s fantasy and reality under President Trump.

After Donald Trump’s election, sales of “The Handmaid’s Tale,” Margaret Atwood’s canonical 1985 novel of theocratic totalitarianism, spiked, along with other dystopian classics like George Orwell’s “1984.” Atwood’s book takes place in a world where a clique of Christian fundamentalists have overthrown the United States government and instituted the rigidly patriarchal Republic of Gilead. Environmental calamity has left many people infertile, and an unfortunate class of women who can have children, the Handmaids, are stripped of their identities and consigned to reproductive slavery for the elite.

It’s hardly surprising that in 2016 the book resonated with people – particularly women – stunned that a brazen misogynist, given to fascist rhetoric and backed by religious fundamentalists, was taking power despite the wishes of the majority of the population. As the Trump administration proceeded, and once unthinkable things became unremarkable, Atwood’s classic seemed more and more prescient.

The Times has already touted novelist Margaret Atwood’s sequel to The Handmaid’s Tale.

....Doctors who perform abortions are hanged as murderers. I don’t know if that felt far-fetched in 1985, but in 2019 Alabama passed a law making most abortions a crime punishable by up to 99 years in prison.

Goldberg blinked once at her own audacity, but recovered to spout more anti-Trump rumors in the paper of record.

You could argue that all this is melodrama; living under Trump may be degrading, but American women are incomparably freer than those in, for example, Saudi Arabia, a society that seems far closer to Gilead than our own. Then again, in “The Handmaid’s Tale,” America hadn’t crumbled all at once. Recalling her old existence, the book’s heroine wondered at how normal life went on even as horrors filled the newspapers....

Goldberg is fond of such wishful anti-Trump conspiracy theories like the “pee tape” and Russian “collusion” and has a confessed weakness for anti-Trump obsessing, admitting to chronic insomnia since “the cursed night Trump won.”