New York Times Rome bureau chief Jason Horowitz travelled with Pope Francis on the pope’s recent round-trip to Africa. Horowitz got face-time with Francis on each leg. Horowitz’s previous reporting clearly showed his affection for the politically left-wing emphases of this pontiff, especially on migrant rights and the environment, and a mutual hostility to "ultraconservative" American critics like Cardinal Raymond Burke.

Under the dateline “Aboard The Papal Plane,” Horowitz let Pope Francis fly, nodding along to the pontiff’s left-wing political views. 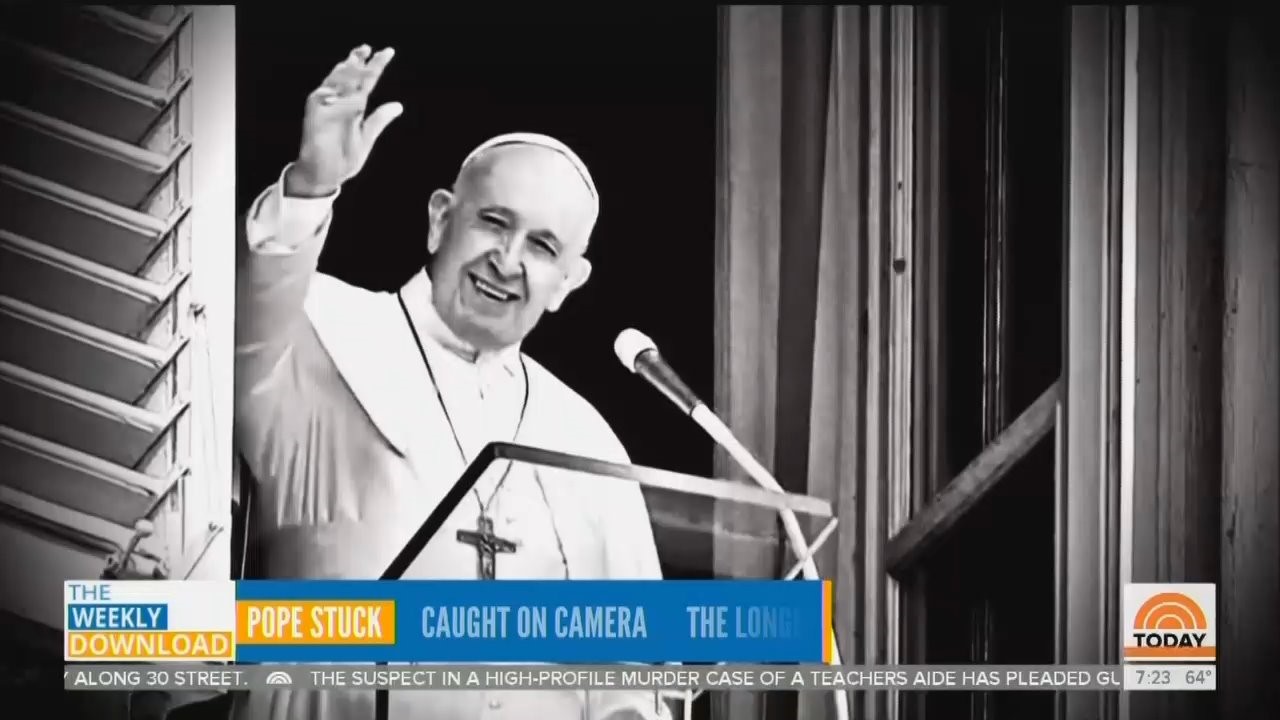 Faced with sustained opposition from Catholic conservatives in the United States who accuse him of driving traditionalists to break with the church, Pope Francis said on Tuesday that he hopes it doesn’t come to that, but isn’t frightened of it either.

“I pray there are no schisms,” Francis said in a lengthy news conference aboard the papal plane as he returned from a six-day trip to Africa. “But I’m not scared.”

Francis was returning to Rome from a trip to Mozambique, Madagascar and Mauritius that showcased the priorities of his papacy: reaching out to the poor, advocating justice for migrants and other marginalized people and protecting the environment from capitalism run amok. In doing so, he has alienated some conservatives -- especially in the United States -- who say he is promoting an anti-American, anticapitalist agenda and drifting from the core teachings of the Church.

Critics of Francis, must notably Cardinal Raymond Burke, an American who has been repeatedly demoted by Francis, have argued that Francis’ emphasis on inclusiveness, and his loose approach to church law have confused the faithful on a range of doctrinal issues, from divorce to homosexuality. That critique is frequently aired, in sometimes furious language, on conservative American Catholic television channels and websites.

Some of Francis’ closest allies have in recent months publicly said that he is the target of a conspiracy by conservative enemies who are threatened by the more pastoral direction that he has taken the church. One close adviser, Antonio Spadaro, a prominent Jesuit who edits the Vatican-vetted magazine, Civiltà Cattolica, has accused American Catholic ultraconservatives of making an unholy alliance of “hate” with evangelical Christians to help President Trump.

Pope Francis revealed his left-wing bona fides to the supportive audience in the press.

“In the Vatican we have already banned plastic,” he pointed out.....Asked by a Mauritian reporter on the plane whether he supported that call, Francis said, “We have to obey international organizations. This is why United Nations was created, why international courts were created.”

Horowitz also exercised papal flattery at the start of the 6-day trip:

In an offhand remark on the papal plane en route to Mozambique, Pope Francis on Wednesday acknowledged the sharp opposition he has faced from conservative Catholic detractors in the United States, calling it an “an honor that the Americans attack me.”

His remark came at the start of a six-day trip to Africa, as Francis shook hands in the back of the plane with a French reporter who handed him a copy of his new book, “How America Wanted to Change the Pope.”

Francis warmly told the reporter, Nicholas Senèze, who covers the Vatican for the French Catholic newspaper La Croix, that he had been unable to find the book, which explores American financial, political and media backing of the small but noisy conservative opposition seeking to undermine Francis. Apparently referring to his critics, Francis quipped that their disapproval is “an honor.”

He then handed the book to an aide, and jokingly called it “a bomb.”

Francis’ priorities and inclusive approach to the papacy have infuriated some American prelates, donors and their supporters in the constellation of conservative Catholic media. Those critics often complain that Francis is watering down church orthodoxy, retreating in the culture wars and sowing confusion in the church.

Conservative Catholics have certainly criticized Pope Francis, but the Pope is throwing his weight around as well.

He has been a committed critic of the abuses of American capitalism. Not long after Francis’ election, Vatican ambassadors briefed the pontiff about various situations around the world and suggested that he be especially careful when appointing bishops and cardinals in the United States.

While in Africa, Horowitz threw in a little Francis-approved liberal moralizing on climate change: “On Island of Imperiled Treasures, Pope Warns of Stripping Forests for Profits.”

Horowitz has used the “ultraconservative” line before in stories attacking traditionalist critics of Pope Francis.